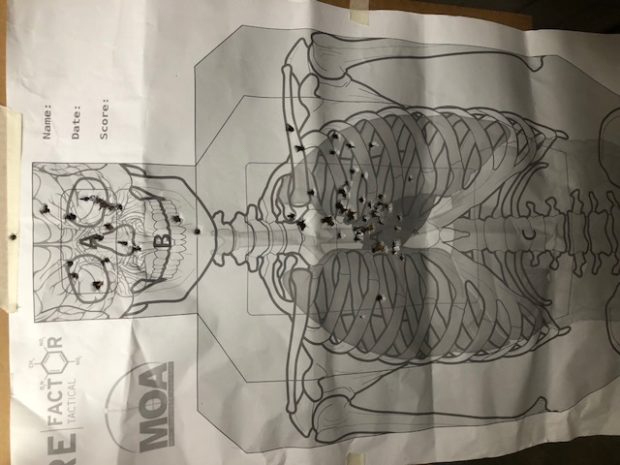 My weekly practice sessions are continuing to be reduced in frequency by daily life activities.  It was almost three weeks since I last shot.  This practice session is going to be a little different.  I shot it right before I went to Peru.  Before I travel to foreign countries, I usually practice a bit with whatever handgun people carry in the region.  In Peru, that’s a .38 revolver.

I broke out one of my four inch S&W Model 10s and started the practice session as always with the Guerilla Approach Consistency Drill.  It was definitely a lot harder with a six shot revolver and speedloaders! 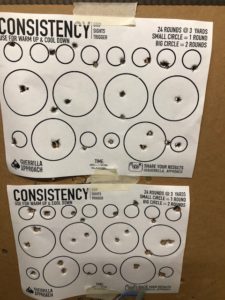 I then did a little more work with my G-17, shooting the Haley Strategic Switching Gears drill.   I ran the first part of the test at 23.95.  I ran the whole sheet at 73.91 with a couple misses. 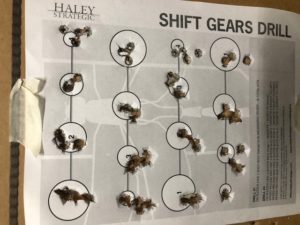 Then I went back to the 4″ Model 10 .38 revolver.  I wanted a little more practice with that one because “acquiring” one of them from a security guard might be my best bet for arming myself in Peru.

Because the security guards who carry these revolvers rarely carry spare ammunition (and the ammunition they do carry is 158 grain lead roundnose), I knew I had to focus on extreme accuracy and making fast head shots. One round of round nose .38 to the chest isn’t a likely stopper and I wouldn’t have extra bullets to spare, so I planned on using more head shots than I normally would. The combination of faster stops and less ammunition used is exactly the solution I needed. Reloads weren’t likely to be possible, let alone a realistic option, so I didn’t waste any time working on them.

I put a full sized silhouette target up at 30 feet.  I ran two cylinders of ammunition through the revolver on each stage.  I shot each stage from the ready position because I was unlikely to be using a holster for a gun I had to steal from an unsuspecting security guard.

– Two to the body and one to the head

– One to the body and one to the head

– Single head shots as fast as I could make my hits 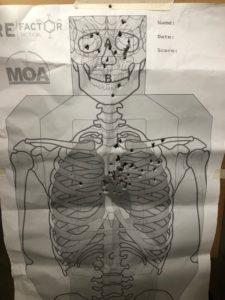 With 100 rounds fired, I felt pretty good about my abilities to use a .38 revolver if necessary.

Back to a more “normal” practice session next week.