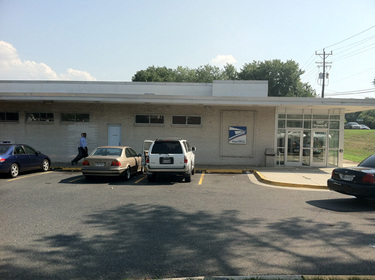 You are in the Post Office standing in line to mail a package.  When you get to the counter, the Post Office clerk informs you that you need to fill out some more paperwork before mailing your item.  The clerk instructs you to step aside and complete the form.  He then tells you that when you are finished, you may step ahead of the other customers in line to complete the transaction.

Scene of the crime

You do as you are instructed and step aside to complete the form.  When you are finished, you walk back up to the counter and the clerk is starting to process your shipment.

As you are paying for the mailing, you hear the rantings of a disturbed man in the line behind you.  He is upset because he thinks you cut in front of him in line.  He is yelling and screaming…acting completely irrational.  Despite both your and the clerk’s explanation, he remains angry.  He stomps out of the Post Office muttering under his breath.

When you are finished mailing your package, you see the angry man pacing back and forth right outside the building, talking to himself.  What do you do?

This is the scenario one person faced last month.  The angry man ultimately stabbed the innocent patron several times before Postal employees intervened.  Read more about the case at the link below:

Does reading the article change your opinion about what is the proper course of action?  For all of you shooters reading this, I will remind you that US Post Offices generally prohibit the concealed carry of firearms.  In most cases, unless you are a law enforcement officer, carrying a gun into a Post Office is a federal felony.  If you obey the law, you likely won’t be carrying your self defense firearm.

I ask again, what would you do?

Some issues to think about….

1) Most people would see the man and make the (incorrect) assumption that he is harmless.  Why take the chance?  He is hanging around for a reason.  It may be to have a second chance with you.  Think about your options.  You can call the police or ask one of the postal employees to tell him to leave.  Why force a confrontation that doesn’t have to happen?  Your ego satisfaction isn’t something worth getting stabbed over.

2) Have you considered that you might be involved in a lethal force attack while you aren’t carrying your gun?  Do you have the skills to defend yourself?  Most people would not be armed in this scenario.  Acquiring some rudimentary (if not better) physical self defense skills is  important!  No matter what you may tell your internet forum buddies, NO ONE is armed 100% of the time.

3) Pepper spray is a good thing to have.  Many people cite the occasional failures of pepper spray as a reason not to carry it.  They are wrong.  Bullets don’t stop people 100% of the time.  Why would we expect a spray to work every time we use it?  The fact remains that pepper spray works more often than it doesn’t.  It clearly worked in this case.  It also gives you a few additional options in less-lethal confrontations and can be carried into places where your gun will get you in trouble.  Get some and learn how to use it.  I prefer Sabre Red, but there are many other brands that work well.  See my article HERE for more pepper spray information.

4) Focused resistance, even from unarmed and untrained individuals will often stop an attack.  In this case two unarmed female postal employees attacked the knife wielding man and halted his rampage.  Sometimes courage trumps skills and armament.