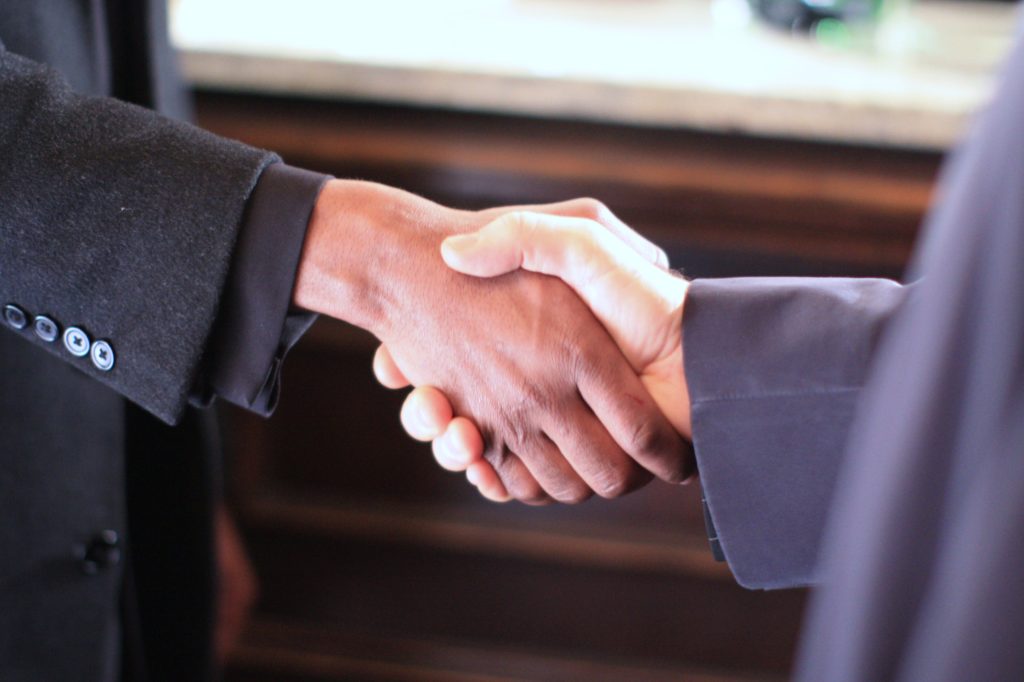 You are out shopping one night in an area with lots of pedestrian traffic, bars, restaurants, and stores. A drunken man approaches you and engages you in an argument, walking away after taking a swing (that didn’t connect) at you.  The drunk reappears about 15 minutes later. He apologizes for his conduct and extends his hand to shake. Do you take his hand or refuse to shake?

This situation happened to a man in Northern Ireland. When he took the drunk man’s hand, the drunk pulled him closer and stabbed him two times in the chest. How do you handle a situation where an unknown and potentially dangerous man extends his hand to shake?

Often, criminals will play on “good” people’s desires to be friendly and polite by luring them in close with a handshake. Once the victim shakes hands, he is close enough for an attack and has one of his hands (usually his dominant one) tied up. It’s a bad spot to be in.

It doesn’t have to be a weapons attack like the one above either. I once had a crazy man use the handshake as a ruse to get in close and try to tackle me. The man was trespassing at a nursing home. He was homeless, but perfectly polite. I was walking him to a bus stop when he stopped, told me he appreciated how civilly I had been treating him, and extended his hand to shake. As soon as I touched his hand, he lunged in for a tackle. I sprawled quickly, bouncing his head off the sidewalk. He stopped fighting, I cuffed him and he went to jail with some “road rash” on his face.

So what do you do when someone suspicious offers to shake your hand? You have a couple of options:

1) You can simply be rude and refuse to shake hands. This may keep you out of the bad man’s clutches, but you may unintentionally spark an unnecessary confrontation if the suspect in front of you takes offense at your refusal to shake.

2) You could employ a verbal ruse. I’ve used “Sorry dude, I hurt my hand yesterday and the doctor told me not to shake.” I’ve also used “I’m sorry. Our policies prohibit hand shakes.” These types of ruses usually work best on drunk people.

One other verbal ruse is to say “I’d love to shake your hand, but I have a bad cold and don’t want to spread it to you.”

3) Instead of shaking, you could employ the “fist bump.” That satisfies most folks and significantly lessens your risk of being grabbed. 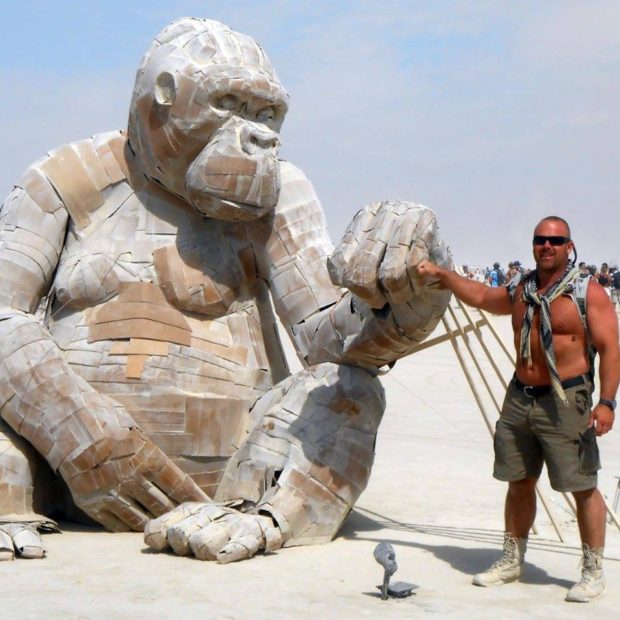 Fist bumping my gorilla brother on the playa at Burning Man.

If you are carrying your gun on your right side, there is a very legitimate danger of a potential gun grab as you shake hands.  If the person is able to control your right hand with the shake, it is very difficult to defend your holstered firearm.  Have you thought about what you might do if the attacker grabs your right hand during a handshake and then uses his left hand to grab for your gun?  That’s a gun grab scenario that is difficult to successfully counter, especially if your holster lacks an active retention component.

Have any of you open carriers considered this ruse?  What if someone approached you in a public place and said “I commend you for carrying your gun openly and appreciate that you are providing a visual deterrent against criminals.”  After saying this, he extends his hand to shake yours.  Would you shake?  If you are carrying your gun openly in a holster without retention, it might not be such a good idea.

There is one other danger in hand shaking.  It’s when the other party has a strong grip and squeezes your hand too tightly in order to assert dominance or cause you pain.  You don’t want to ever be placed into that situation.

Fortunately, there is an easy solution for this problem.  I learned it in a police defensive tactics instructor class more than 20 years ago.  When you grab the other person’s hand, extend your index or index and middle fingers along the inside of the other person’s forearm.  When your hand is in that orientation, the other person can squeeze as hard as he likes, but you will suffer minimal discomfort.

Watch the embedded video below for a visual demonstration of the technique I’m advocating.

I have used this technique every single time I’ve shaken hands with anyone in the last two decades.  I’ve never once had anyone notice it or tell me that it felt strange.

Come up with a hand shake plan right now.  You don’t want to be forced into implementing some half-assed strategy on the fly when some stranger extends his hand to you.