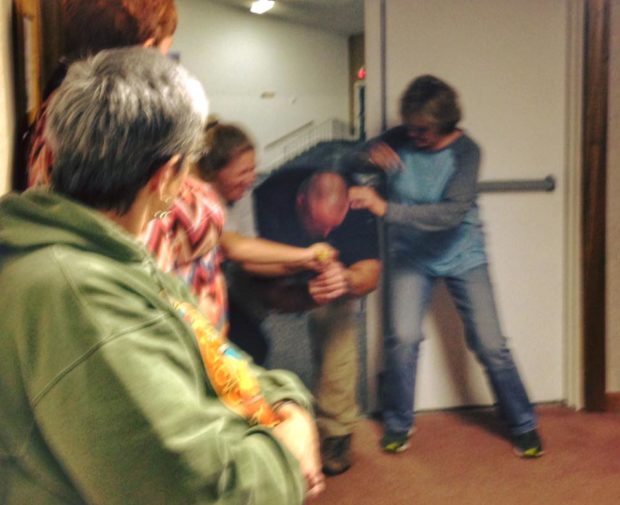 Most of the gun classes I teach involve tactics at extremely close range.  When you are within arms’ reach of your assailant deflecting his muzzle or taking his gun away from him is often faster than drawing your own gun to shoot.

There are lots of systems ranging from traditional martial arts to military combatives that teach gun deflections/disarms.  Most work OK in the dojo or training hall, but fail miserably on the street.  Failure occurs when the street attacks look NOTHING like  the ones practiced in the dojo.  When the defender is faced with a situation he hasn’t seen before and tries to adapt a technique he learned in the dojo, he often fails miserably.

I have linked to three news articles below.  Each of them presents a weapons disarm scenario that is very difficult to successfully negotiate.  Each of these situations is one that is rarely practiced by ANY combative systems.  Take a look at the articles and my analysis and see if you can improve your readiness.

The robber is very calm and doesn’t give any indicator that he’s about to rob the place other than suspiciously keeping his hand in his pocket as he approaches the counter.  He draws the gun as soon as the clerk opens the register to give him change.  He stays alert, repockets the gun when the cop comes in, and casually walks away.

Note a couple of things…

The robber is amazingly cool under stress and very aware of his surroundings. If you were fighting him, how would you be feeling? This calm? Who has the advantage?

The gun is in LEFT hand. The criminal’s finger never leaves the trigger.

If you had to deflect or take this gun because you thought he was going to shoot, how would you do it? A serious question for Krav Maga students….as much as I like the Krav gun stuff, would “gun from the front” work here? The barrier of the counter prevents you from blasting in and delivering the punch you need to deliver. Also, how are you going to pin the gun?

Other disarm techniques depend on controlling the elbow of the weapon bearing limb.  Could you get to a position where that is even possible in this case?  Not likely.

None of our dojos have counters like this gas station.  When we only teach techniques that depend closing the distance and striking or working takedowns, we limit our responses if such distance closure is prohibited by an intervening barrier.

I really think everyone needs to learn multiple gun disarming techniques. A two-handed grab is probably the only thing that would have worked in this spot.

Also, the attacker was left handed.  How often do you practice left handed disarms?  The mechanics of some systems work differently between right and left hands.  If all your training partners are righties, you may not be prepared.

Family members close to the defender 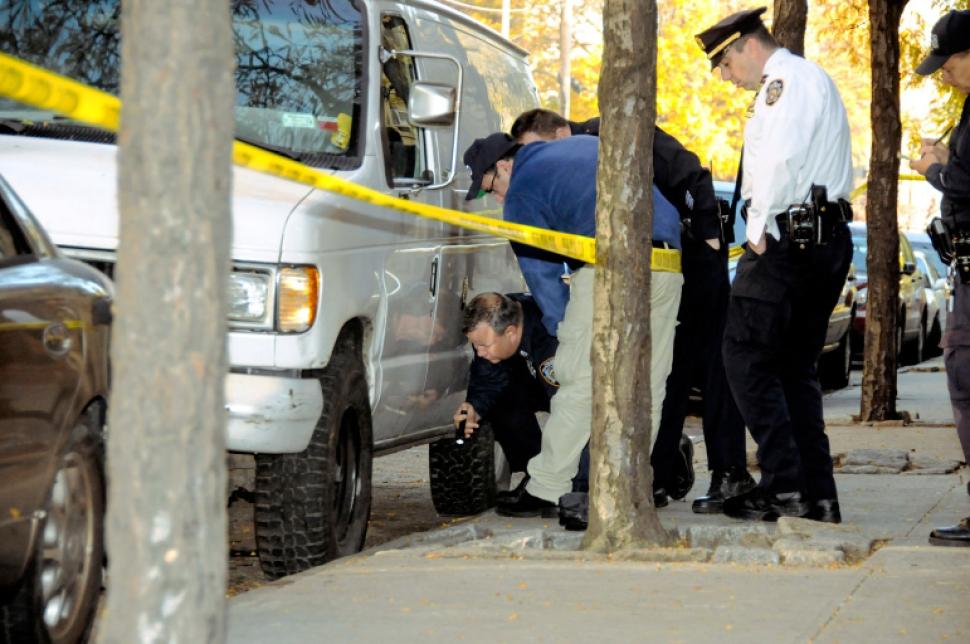 The case above turned out ok.  The next one ended up with far worse consequences.

This article describes a man who made the decision to fight when an armed robber attempted to take his jacket. He began wrestling with the criminal over the gun and the gun was fired. The round hit the victim’s own young son in the head.

Some points to ponder…

1) When you practice gun disarms (or any other fighting skills) do you consider that your children may be with you at the time of the fight?

2) Would you utilize some techniques if you were alone, that you wouldn’t do if you were with your kids?

3) Do your children know what to do if mommy or daddy has to fight?

Integrate your children or loved ones into your self protection plans. I bet this father wished he had.  If the bullets start flying your kid should be as far away from you as possible. Standing instructions to non-combative loved ones should be:

“If we are is a bad situation, immediately do whatever I tell you to do. If I don’t tell you what to do and I am in a physical fight or I draw my gun, get as far away from me as possible and call the police.”

The presence of innocent parties in close proximity is a situation most of us haven’t practiced.

Robbed while you are inside your car.

This article describes a robbery where the robber targets a victim who is sitting in his parked car.

You are sitting in your car with your window rolled down. A man (who appears to be homeless) walks up to the window and asks you for some spare change. Being a charitable person, you start digging in your pockets for money to give him. As you do so, he draws a pistol and sticks it in your face before ordering you to hand over your wallet.

First, notice how easily this can be prevented…better awareness, rolled up windows, locked doors, and the ability to say “NO”. If all else fails, driving away on the robber’s approach would have solved the problem.

When you let it get this far, you really get yourself in trouble. You are really at his mercy unless you have both good physical skills and a weapon.

For my CCW friends, just having a gun isn’t enough. Drawing your gun while you are being held at gunpoint is usually suicidal. You need a physical skill set to enable you to access your piece.

Similar to the situation where the counter was between you and your attacker, the car door here serves as a substantial barrier.  You can’t get close enough to him to put weight on the gun and you can’t deliver any powerful strikes.

What about the seated position?  Your practiced skills may work well when standing, but how do they work when you are seated (or alternately, in a kneeling or laying down position)?

Weapon disarm training can’t be so doctrinaire. You must be able to adapt to the circumstances at hand, no matter what they are. All good disarm programs should contain three elements:

If your program doesn’t contain all three options, you are missing some critical elements in your training.

If you carry a gun or a knife for self protection, you need the physical skills that will allow you to get to that weapon.

If you train in combatives, practice dealing with these hard scenarios.  Inject some barricades, some seated positions, and some innocent family members into your training scenarios.  You’ll be much better prepared if you do.