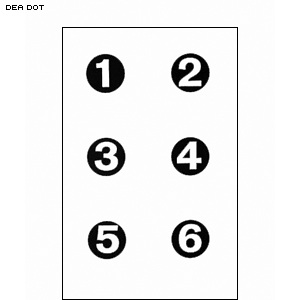 A series of drills we use at the Tactical Defense Institute with beginning-level students is what we call “Dot Drills.”

As instructors, we also use Dot Drills to warm up and to keep our own skills sharp. A smooth presentation along with excellent sight alignment and trigger presses are necessary to successfully complete the drill.

Start with a target that has six numbered circles (“dots”) measuring between three and four inches across. Several commercial target manufacturers call this target “The DEA Dot” target. If you don’t have a commercially made dot target, turn a paper silhouette over and use a marker to trace the bottom of a water bottle, small coffee can, or similar object. You’ll want six circles arranged into three rows of two.

Shoot a series of single shots from the ready position of your choice (compressed chest ready or low ready). Try to put all your rounds in the circle with a time frame of less than two seconds for each shot. Focus on a good trigger press and train excellent follow through by re-establishing your sight picture after each shot.

Shoot a series of two shot strings (less than three seconds each) from the ready position.

Shoot a series of two shot strings, drawing from the holster for each pair. Par times on this one vary according to your holster type, but try to do it in less than four seconds.

Shoot a series of three shot strings from the ready position. Do this as quickly as you can, keeping all the rounds within the circle. This is a good drill to evaluate your grip. Many people can maintain a good grip for one or two shots; but if the grip isn’t correct, most people won’t be able to fire three consecutive shots without the pistol moving in the hand.

Multiple targets. Fire one shot at each of the two targets from the ready position in less than three seconds for the pair. Use the transition time as you are moving between the targets to prep your trigger for the next shot.

At TDI, we start beginning shooters on this drill at a distance of about ten feet. More advanced shooters can do it faster or increase their distance from the target.

For a full practice session, I recommend shooting about 30 rounds on each stage. If that will take too long, or you are short on ammunition, fire one magazine or cylinder full at each dot. 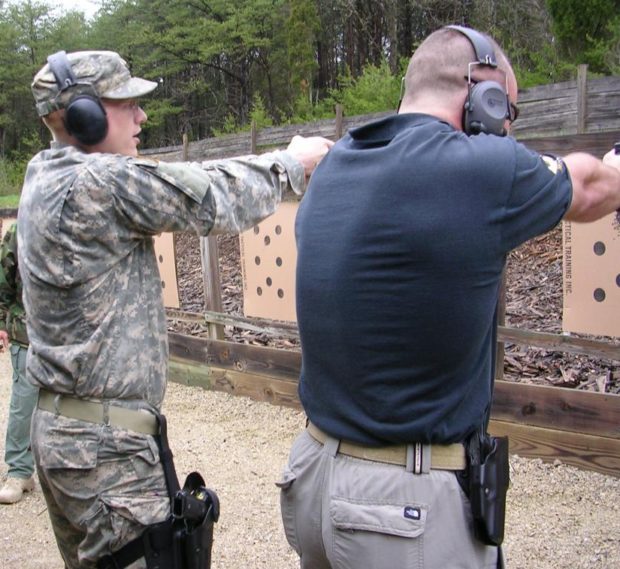