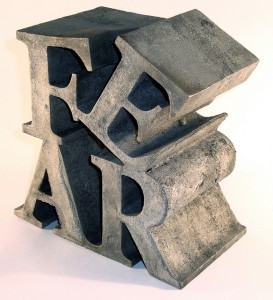 I’ve heard this phrase pop up a couple of times in the last month.

The first time was during a close quarters shooting class I was teaching.  The students were working a weapon retention drill and I had instructed them to use loud, repetitive verbal commands when defending their firearm from a takeaway attempt.

One of my students got his gun back from his attacker in a scenario, cleared his malfunction and then trained his gun on his simulated attacker.  The verbal command he yelled was “Stay away from me! I’m in fear for my life and I will shoot you!”

The command sounded forced and unnatural.  I asked the student why he chose to use those particular words.  He told me “When I say that, the criminal will know that I’ve met the legal standard for use of force and if he continues his attack, I’ll be justified in shooting him.”

I’m not so sure about that…

More recently, I read an article (from an author I respect) that advocated barricading into a safe room in the event someone breaks into your house.  The author instructed his readers to yell something like: “I have a gun and am in fear for my life.  Leave now!”

How is that phrase tangibly better than merely saying: “I have a gun. Leave now?”

Being in fear for your life is generally grounds for using lethal force only when such fear is objectively reasonable given the circumstances.  Your statements have very little bearing on this standard of objective reasonableness.  The attacker still must have the ability and opportunity to cause you serious injury in order to justify your shooting.  Furthermore, you must reasonably believe that you are in jeopardy of being seriously injured by your attacker.

Let me give you an example…

If I’m physically attacked by an unarmed eight year old girl, do you think I would be justified in shooting her so long as I’ve screamed “I’m in fear for my life?”  I hope not.  The law doesn’t work that way.  Likewise, you won’t be justified in shooting a criminal attacker unless the ability- opportunity-jeopardy standards are met no matter how many times you tell him that you are scared.

Let’s take a look at another issue…

Have you ever been truly scared that you might die?  At the moment of impending death did you think or say “I’m in fear for my life?”  I’m betting you probably didn’t.  And neither has anyone else who has been in true danger.  We simply don’t vocalize very well when we’re truly scared.  All of our brain’s resources are being put toward working on a solution to ensure our survival.  You won’t be waxing eloquently about your perceived fear.

In fact, if I was the attorney prosecuting you for attempted murder, I might use your casual statement against you in court:

“If the defendant was truly as scared as he said he was, why didn’t he try to run away?  He didn’t make any effort to escape.  Instead he calmly talked to the victim about his fears.  That isn’t the action of a person who is really scared to death.  The mere fact that the defendant could calmly utter those words is evidence enough to show that he WASN’T scared.”

Can you see how that statement might cause things to go sideways?

Beyond the legal considerations, consider the impact that such a statement will have on the criminal.  We know that criminals choose victims who are scared and unable or unwilling to fight back.  What message are you sending when you tell your attacker “I’m in fear for my life?”  Do you think it will scare him away or do you think it will embolden him to more violent action?  My bet is on the latter…

And if you think that those magic words will make the criminal understand that you have somehow met the legal grounds for using deadly force, think again.  The dudes attacking you are not legal scholars.  If they were, they would likely have a job that doesn’t involve hitting people like you over the head with a steel pipe.  The criminal doesn’t know when it’s legal for a citizen to shoot him.  More importantly, HE DOESN’T CARE!  He’s a criminal.  By definition he couldn’t care less about the laws that govern most of the people in this country.  He isn’t going to understand the message that you are attempting to communicate.

Words have meaning.  It’s important to choose them carefully.  Don’t say anything in a defensive encounter that might come back to bite you in the ass.