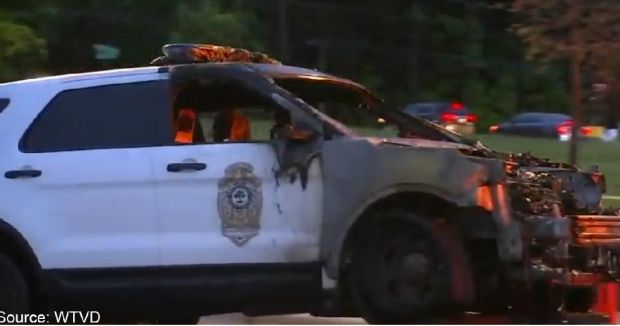 Ever since the police protests and riots began in the United States a few years ago, cops and innocent citizens have been required to deal with criminal attackers throwing Molotov cocktails and other forms of fire bombs.

The most recent attack happened last Saturday in North Carolina.  Read about it below.

If you want to see the next level of Molotov cocktail attack, watch the video linked below.  If you haven’t seen it, the footage shows an attack on innocent motorists in Palestine. A massive (more than 40 people by my count) group of masked and hooded attackers began throwing Molotov Cocktails at an Israeli armored vehicle, but quickly transitioned into throwing them at any car driving down the road.

Have you considered how you might handle such an attack?   Before you say “Don’t live in Palestine,” think about this…

What would happen in the USA in overpopulated urban areas if the EBT cards stopped working? I could see large groups of disadvantaged youths “protesting” in a similar manner. The firebombing attacks would be organized through social media sites like twitter or Facebook. 100 teens show up at a set place and time. Each throws a few firebombs, then runs. The cops could never catch up. It could be a very serious problem.

You may consider turning the car towards the attackers and trying to run over as many as possible, under the theory that it is always best to “attack the ambush.”

Surely, you’ll run over a few people, but unless you drive a monster truck, your car will probably sustain significant damage and become disabled after running down a couple people at high speed. Ever seen what kind of damage a 150 lb deer will do to a car? Why do you think that hitting a 200 lb. human will be any different? Having seen more than a few pedestrian versus vehicle crashes in my police career, I can attest that even after hitting just one person, a lot of vehicles are disabled.  If you do have to run over someone, it may be best to be driving in reverse in order to minimize damage to your car’s most vital structures.

What about bailing out of the car and grabbing a rifle and a vehicle “bug out bag” before fleeing? If the attackers gave chase, they could be picked off at a distance with the rifle.

I don’t think that’s a very good idea either.  Even if I carried a rifle and a pack of emergency supplies in my car trunk most of the time (I don’t),  I wouldn’t grab them in a situation like this. It just takes too much time. Every extra second I spend in the kill zone increases my chance of becoming a human BBQ. Even if you are able to get your gear before being hit with a Molotov cocktail, that gear will weigh you down. It will slow your escape. Being slow or in a fixed position as you are assaulted with fire isn’t a good survival strategy. Have you considered that much of the “cover” you would hide behind as you are playing urban sniper doesn’t work well to stop flaming liquids?

How about bailing out with a pistol and engaging any targets of opportunity as you flee the scene? I like this option better, but this isn’t the “shooting on the move” you practiced on the square range. Slowly walking backwards “Groucho Marx” style while shooting your pistol simply won’t get you out of the kill zone fast enough.

– When is the last time you’ve sprinted? Could you run away fast enough to avoid the flying flaming bottles? Some of you need to be doing more sprinting and less surfing gun channels on YouTube.

– When in your vehicle, do you carry your gun on your person? Or do you keep it in the glove compartment “just in case I need it.” I have news for you. You won’t have time to access your piece from the glove box or locked safe in an environment like this. You will either try to get it and be fried or escape into hostile territory without it. Neither are good options. Carry your gun on your person.

– What if you have infant(s) in car seats or young children? Have you ever figured out how to run while carrying a baby in a car seat? Put a 20 lb. sack of rice in a car seat and give it a try sometime. Figure out the best way of doing it.

You obviously won’t leave your young children as you flee. How would you position your car so that you can safely remove your child/ car seat? I think the best option is turning the car broadside to the attackers with the side opposite the child towards the attackers. Do you have your child seat on the same side of the car as the driver’s seat or do you buckle it in behind the passenger seat? Either location can have both strengths and weaknesses. Make the placement of your child seat in the car a conscious decision and not a matter of whimsy. 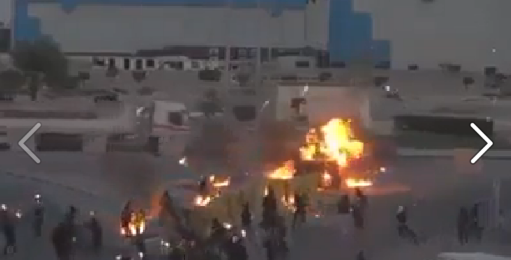