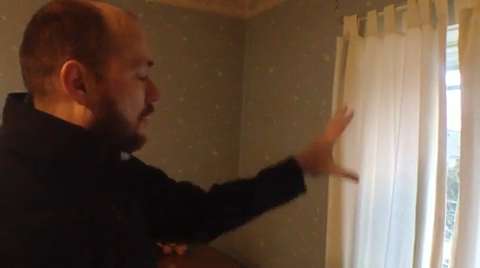 You are at home when you hear gunshots behind your house.  You peer out the window, see muzzle flashes and watch as someone is struck by the gunfire and falls to the ground in the parking lot behind your home. 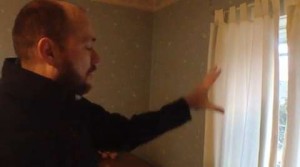 When this happened to Drew Reaves, he did the same thing.  Read about his story at the link below:

After calling the police and waiting a short while to make sure the gunshots had stopped, Drew then went outside to see if he could help the victim.  He exited his house and was approaching the victim as the police rolled up.

Here’s where it gets interesting…

The victim, suffering from the shock of the gunshot wound, incorrectly assumed that Drew was the person who shot him.  He began yelling at the police identifying Drew as the shooter.  The cops took him down at shotgun point.  Fortunately, no one was shot (other than the original victim) and the police quickly sorted out the mess and released Mr. Reaves.

What would have happened if Mr. Reaves hadn’t immediately complied or didn’t hear the police commands?  It could have been tragic.

How can you avoid a mistaken identity shooting in a similar situation?

Here are a few ideas:

1) Don’t go outside!  I’m betting Mr. Reaves believed everything was “safe” when he heard the gunshots stop.  That is a very bad assumption.  You don’t know what’s really going on.  The person suffering from the gunshot wound might be a criminal who was just shot by his intended victim.  The shooter could still be in the area.  Maybe there was just a pause in the gunfight as one of the parties reloads.

Too many bad things can happen.  If you don’t know the victim, stay in your house!

2) Stay on the phone with police.  Try to stay on the line and give updates to the dispatcher.  That will help the officers and provide an instant connection to someone who can call the cops off if they point their guns at the wrong people.

3) If you do have to leave your house for some reason, tell the dispatcher what you are doing and give her/him a good description of yourself, including what color and type of clothes you are wearing.  Saying something like “I’m a 40 year old white male with brown hair wearing a red coat.  I’m going outside to help.” may help keep you from being mistaken for the shooter.

4) Make sure you don’t have a gun in your hand when you go outside.  Most of my readers are shooters and good citizens.  They would likely want to help the victim as much as possible and would probably arm themselves before doing so.  That isn’t necessarily wrong, just realize that the responding cops don’t know who you are.  When they roll up to the scene of a shooting and you are standing over the injured person with a gun in your hand, what do you think they will assume?

If you are armed, keep the gun in your holster and keep your hands in plain sight.  Be ready to follow the commands of the responding officers.

Think about this one.  Is there anything else you can do to keep yourself safe?