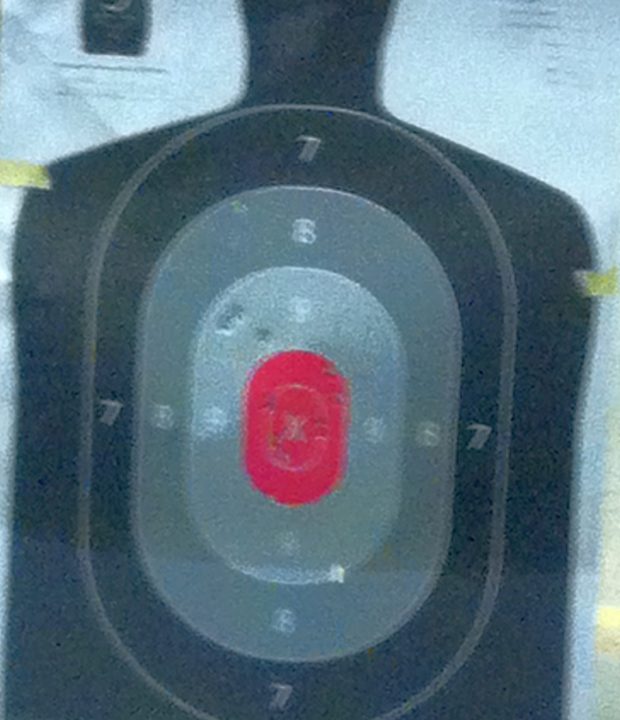 I posted this little anecdote to my facebook page on Saturday night when I got home from the shooting range, not knowing that it would touch so many people.  Numerous friends asked me to post it up on my site so that it can live in perpetuity and be shared with people who aren’t into social media.  Here it is.  Enjoy.

Interesting experience at the shooting range this afternoon….

The range is packed. Everyone got new guns for Christmas and wants to shoot them. There was about an hour wait for a stall. I sit down and start reading as I wait my turn. In a few minutes, a young girl sits down to wait in the chair next to mine. She’s by herself and appears to be in her early 20s. She’s the only black person in the room and one of the only women. She seems nervous as she fiddles with the gun case in her lap. She’s obviously uncomfortable.

Uncomfortable people with guns in their hands shooting in the stall next to me isn’t what I like to see. I decide to talk to her. Keep in mind that no one at this range knows me or knows what I do for a living. That’s why I like shooting there; I have complete anonymity and can focus on my own training rather than teaching others. I rarely talk to anyone, but something told me that I needed to talk to this girl.

She smiles and seems visibly relieved that someone was being nice to her. She says “It’s just a 9mm. Nothing special, but it’s the only thing I could afford.”

We keep talking. I find out she’s a single mom with two kids. Her house has been broken into three times in the last two months. The last burglary attempt occurred while she was in the house with her kids. She has never shot a gun, but she recognized that she had a duty to protect her family. She went to a gun show and bought a Jimenez Arms JA-9. She asked all her male friends and family members to go to the range with her, but all of them turned her down.

She tells me that she has a bad feeling that the robbers are coming back tonight to get the x-mas presents she bought for her kids. She doesn’t know anything about guns and doesn’t know anyone who can teach her. She’s signed up for a CCW class, but no one teaches classes on the week of Christmas and she can’t find an opening until January. The problem is that she thinks the robbers are coming TONIGHT. A January class isn’t going to help.

She told me that even though she didn’t know what she was going to do, she knew she better figure out how to shoot the gun before she has to shoot the robbers tonight. That’s why she was there by herself at the shooting range. It didn’t matter that she was by herself, that she was the only woman in the room, or that she knew nothing about guns. She had babies to protect and was going to figure out how to do it, come hell or high water.

It got me thinking about the courage and commitment that this woman was displaying. How many people would intentionally place themselves into a situation where they know they will be the outsider and probably look stupid and inept to all the other “experts” at the range? Not many. The woman had guts.

“I think I can help you. Let’s share a stall. I’ll show you how to shoot your gun.”

Helping her seemed like the right thing to do. No problem there. The problem was that the range was closing in an hour and she could only afford one box of bullets. How’s that for a dilemma for you instructors out there? You have less than an hour and one box of bullets to take a woman who has never held a gun before and prepare her for a gunfight that she thinks will happen TONIGHT. Game on. Challenge accepted.

Gun function, loading, stance and grip and sight alignment in 15 minutes. On to live fire.

Slow fire two handed at first until she got used to the gun, then some faster shots, a few shots right hand only/left hand only so that she had the confidence she could do it if she had to. Finished up with a few reps of malfunction drills. I’m pleased to say that she kept all of her shots in the chest area of a silhouette target at 10-15 feet. The gun puked a couple times, but it gave her a chance to practice her tap/rack. She sucked up the information I provided like a sponge. She was a better student than any of the thousands of cops I’ve taught.

The range closed. I wished her luck She packed up her new gun and left. I told her that I was a cop, but not that I teach people to shoot for a living. For all she knows, I’m just some friendly dude at the range. I like it that way.

The whole experience gives me pause. How many times have you been at the range and looked down your nose at somebody shooting a HiPoint or Jennings? How many times have you silently thought “idiot” when someone fumbles with their gun? How many times have you looked askance at shooters using the “wrong” grip? I know I do all of those things almost every time I’m at a public shooting range…but I won’t do it anymore. What if those “idiots” are really just people like this woman…inexperienced, poor, and without anyone to teach them how to do things right? By the luck of the draw, this woman pulled up a chair next to a professional firearms instructor at the range. She could have just as easily sat next to “Bubba” who will tell her that her gun is a piece of shit and that there’s no way she could ever learn to defend herself in an hour.

We shooters need to do better. It doesn’t matter if someone has a shitty blaster or if they don’t know how to hold it correctly. They might be in a situation like this woman was in. We need to help these people the best that we can. Who knows what an impact we will have? Save a life or sneer at an “idiot.” It’s your choice. 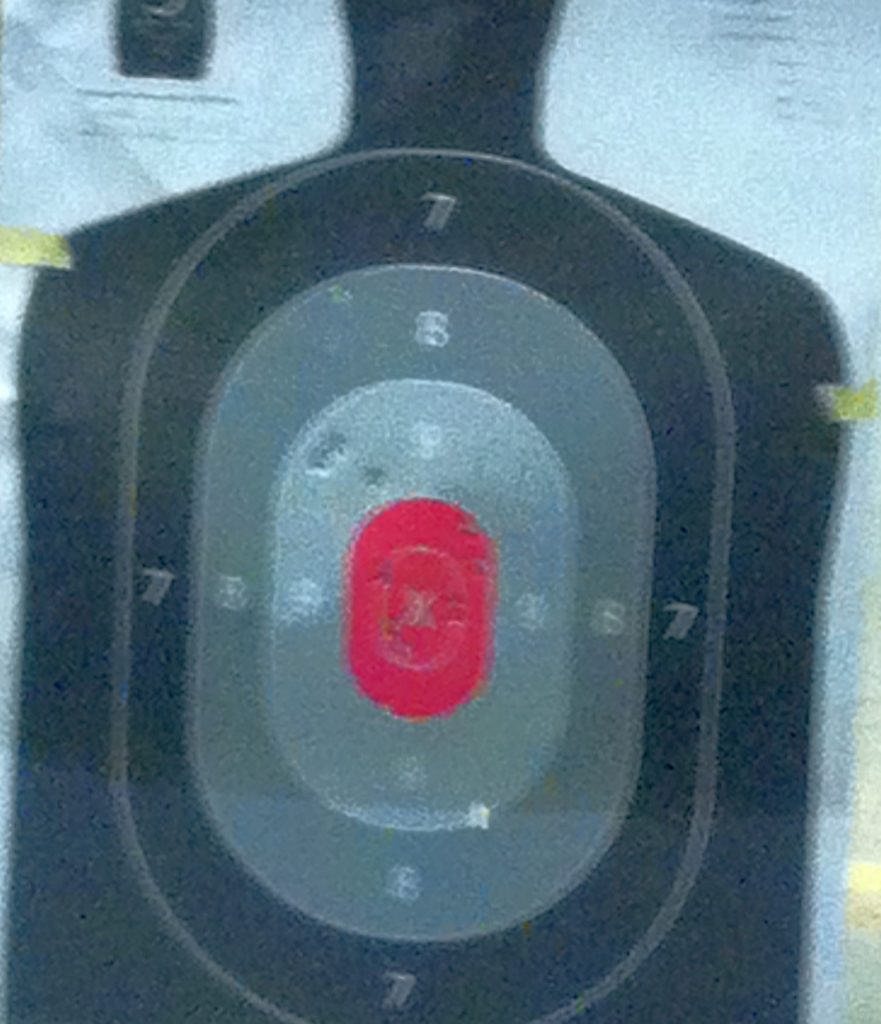 My new student’s first magazine at 10 feet. It’s a fuzzy cell phone pic under crappy indoor range lighting, but I think she did pretty well!