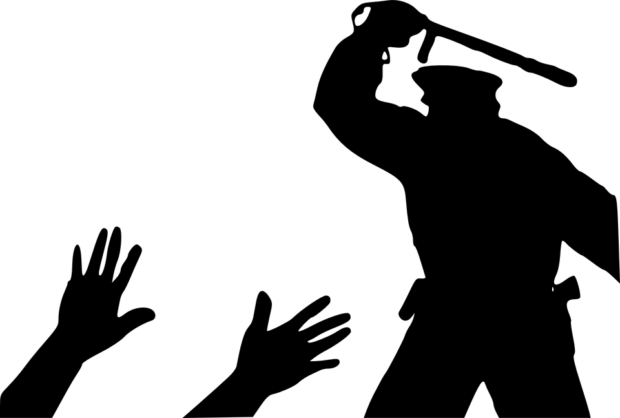 Yesterday I wrote an article about an “Educational Beatdown.”  The article was extremely well received and generated more than 10,000 pageviews.  If you haven’t read the article, go back and check it out before reading further.

In the article, I stated:

“It isn’t a black/white thing.  The same type of confrontation would be seen with hillbilly white folks, biker gangs, skinheads, Mexican gang members, and others. The culture of the underclass is one that feeds on respect.  If you step out of line and disrespect someone, there will be consequences…often physical consequences.”

The policing culture is different now from when I started 25+ years ago.  When I got hired, I remember senior officers explaining how things worked.  I regularly heard statements like:

“If you catch a guy after a car chase, make sure you beat his ass so he learns never to do that again.”

“If somebody hits a cop, he’s going to jail.  But he better be going to the hospital first.”

“If he pulls a gun, he’s bought and paid for.  No one is going to question the ass beating you give him.”

I don’t hear these types of statements as often now, but I know they are still embraced by some officers and police departments.  It’s a clear example of an educational beatdown at work.

How many times have you heard the phrase “contempt of cop?”  When a criminal suspects gets mouthy and disrespects a cop, that’s when the cop is most likely to step out of line and teach the criminal a lesson.  It isn’t right, but it happens.

Rarely does a cop just smack someone out of nowhere.  If you look at cases of excessive force by police, the force is almost always preceded by a verbal interaction and a warning, which the criminal ignores.  The cop feels disrespected by the criminal’s action and chooses to “teach him a lesson.”  The process is exactly the same as an educational beatdown you would receive if you started talking shit to a gangbanger.

Think about it.  Who does the average cop deal with all day?  He deals with criminals, gang members, drug dealers, outlaw bikers and the like.  In every one of those subcultures, the educational beatdown is embraced.  It is something that is universally understood.  In those groups, there are consequences if you step out of line.  Is it really surprising that some cops adopt the “rules” of the cultures they spend the most time dealing with?  I’m actually surprised that it doesn’t happen even more frequently.

It’s intriguing to me to note that most people who contacted me after reading my article clearly understand and accept the “educational beatdown culture” inherent in some groups.  It’s no surprise when someone walks into a biker bar, insults the biker gang, and gets stomped as a result.  Yet the same person is aghast at the idea that a criminal suspect could be the victim of police excessive force after he throws a punch at a cop.  That type of inconsistent thinking is puzzling to me.

Please understand, this isn’t an endorsement of police excessive force.  We pay our cops to play by the set of rules that society prescribes and expect them to obey the law.  We expect them to be “above” playing by the rules set by the criminal subculture they are dealing with.  Excessive force is unacceptable in modern culture and should never occur, but we all know it does.

With proper police selection, good training, and a rigid enforcement of departmental policies, we can reduce cases of police excessive force, but I don’t ever think the problem will be eliminated in its entirety.  Officers are human and make mistakes.  When cops deal with criminals every hour of their working day, some will find it difficult to avoid reverting to the same cultural mores embraced by those people the cops spend the most time around.

Police excessive force should not be tolerated.  The best way to stop it is to understand the root causes of the violence.  I think that the culture of the “educational beatdown” might be a major contributing factor.

The idea provides lots of food for thought.