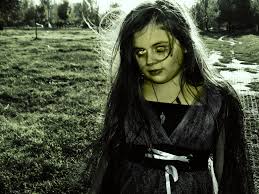 I still hear lots of gun owners talking about how they would unquestionably shoot any intruder who sets foot in their house.  I really think this approach is misguided and had an experience at work today that may convince some of you to change your opinion on the issue.

I’ve written in the past about intruders I’ve encountered in various houses at work who did not present any actual threat to the resident.  I had yet another one today.

It was about 3 pm.  We got a couple calls from residents in a high dollar condominium community stating that a woman dressed in all black was attempting to break into several condominiums.  The neighbors reported that the woman was walking through the rear yards of the condos and attempting to force open all the large sliding glass patio doors she could find.

When we found the woman, she was inside a resident’s garage and attempting to enter the house.  We stopped her before she actually went through the unlocked door.

I asked her what she was doing and she stared at me with a vacant 1000-yard stare.  The lights were on, but no one was home.  She didn’t know who or where she was.  She had absolutely no idea what she was doing.

I recognized her from a previous arrest and knew she had some mental problems.  She had recently suffered a psychotic break and had stopped taking her anti-psychotic medications.  She was in a serious mental health crisis and was alternating between being catatonic/unresponsive and manically laughing, singing, and talking to herself.  She needed help.

She had no criminal intent.  She legitimately had no idea what she was doing.  She wasn’t violent, but looked pretty scary and was certainly acting erratically and unpredictably.  She was quite a handful for me to handle when she decided she didn’t want to leave the garage where we found her.  My guess is that if she had made it inside one of the houses she was trying to enter, she wouldn’t have voluntarily left if ordered to get out by the homeowner.

While scary and erratic acting, this woman didn’t need to be shot.  I took her into custody for an involuntary mental health evaluation at a psychiatric hospital.  I hope she gets the help she needs to get better.

These people are out there among us.  You might encounter one.  That encounter may actually take place in your own home or garage.  Are you prepared to deal with this type of threat?

Do you still think all intruders need to be shot?