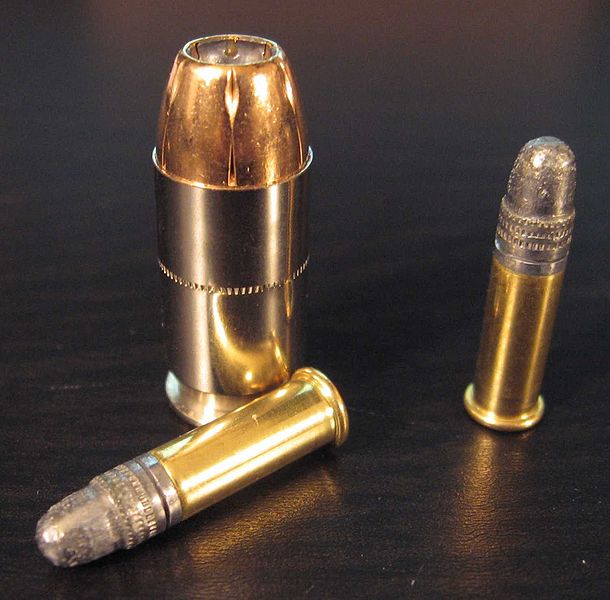 Since my handgun stopping power study was published last month in American Handgunner Magazine, I’ve received several questions from readers about my data.  I expected to be castigated by all the big bullet aficionados for reporting honest data about the “mouse gun” calibers.  That wasn’t what I received.

All the email that I got was from .22 advocates telling me that I misinterpreted my data and that the .22 is the best defensive cartridge ever invented.  Really?  I’m open to an honest discussion about the relative merits of carrying a .22 in certain situations, but I promise you that if I was to grab a gun right now, knowing that I would be getting into a gunfight, my .22s would be VERY low on the list.

Here’s a summary of the data I reported and the heart of the controversy:

The .22 required the least number of shots to stop an attacker as compared to the other cartridges.  Some folks used that number to bolster their choice of the .22 as the best defensive sidearm available and criticized me when I stated that I don’t believe that’s true.  Here is one of the emails I received:

“I am surprised that you did not accept the “fact” evident in the data that the lowly .22 is actually more effective than the high power cartridges: 9mm, 40sw and 45 acp! Your statement “those are likely psychological stops rather than physical incapacitations” is not supported by any data you offer. Rather, it appears to be a purely prejudicial statement which spoils your excellent efforts at conclusions based upon data. In fact it is very counter-intuitive. You are proposing that “mouse gun” is more intimidating than a 45 ACP so it scares more people off than the very big opening in a 45 barrel!

If you have data supporting this counterintuitive conclusion, please share.  My conclusion is that you are doing a disservice by not acknowledging that average folks are much better off carrying .22’s for their own personnel safety. Inaccurate shot placement of high power cartridges might just get us Joe average citizens injured during an attack.”

First, let me make myself perfectly clear.  Shot placement is vitally important.  If you can’t hit with your chosen carry gun, pick something else.  You should certainly be able to pass Gila Hayes’ five rounds, five seconds, into a five inch circle, at five yards test cold, every time you shoot.  I would prefer even better performance than that.

If you can’t meet that standard with one of the common service calibers and can do it with a .22, I would prefer that you carry the .22.  No problem at all with that decision.  But most of us don’t have a physical limitation and can learn to handle a bigger caliber with a minimal amount of training.

The reader asked me to explain why I considered the .22 stops to be more likely “psychological stops” as opposed to physical incapacitations.  That’s easy to explain and it doesn’t have anything to do with the size of the muzzle.

There are only two mechanisms for physically incapacitating someone with a handgun.  The first is a shot to the central nervous system (CNS).  A bullet placed into the brain or the upper spinal cord will usually stop someone instantly.  Can the .22 do that?  Certainly, but I think a brain or CNS shot is less likely with the .22 than with a larger caliber.

Arguably, the .22 is more accurate and controllable than a centerfire pistol.  That would make brain and CNS hits more likely (if one was aiming there).  The problem is the historic lack of penetration in the .22 round.  They are notorious for failing to be able to penetrate the skull.  I had a doctor in my class last weekend who told me about a patient he treated who had eight .22 bullets under his scalp and none had penetrated into his brain!  The patient was conscious, alert, and asking for a beer!

Most .22 rounds also lack the ability to penetrate deep enough to reach the spinal cord on a front to back shot on an average human male.  It’s for these reasons that I doubt the .22 stops were the result of brain or CNS hits.

The only other mechanism for physical incapacitation is through blood loss.  On average, a bullet that penetrates deeper and/or makes a larger hole will create more blood loss.  We already established that the .22 doesn’t penetrate very deeply and it certainly doesn’t make a big hole.  That takes blood loss out of the equation.

If the .22 bullet doesn’t cause CNS disruption or extensive blood loss, it won’t physically incapacitate an attacker.  That’s why I commented that the .22 stops are likely to be more psychological in nature.

The data is what it is.  I can’t change that.  My study showed that people were stopped with fewer shots from the .22 than with any other caliber.  Does that mean the .22 is the best choice?  Not necessarily.  There could be other factors that caused the smaller number of shots until incapacitation…

I’m just pulling numbers out of thin air, but let’s just postulate that it takes five seconds after a person is shot for him to realize he is hit and abort the attack.  The average number could be higher or lower, but it doesn’t matter.  It will still take a few seconds for the bad guy to process the fact that he is shot and decide it’s in his best interest to escape before being shot again (a psychological stop).

If we are dealing with psychological stops and not physical incapacitations, firing additional rounds at the attacker during this five second time frame isn’t likely to influence his behavior quicker.  The processing takes the time that it takes.  Anything that will slow the rate of fire will reduce the number of rounds that the attacker soaks up before he aborts his attack.  In other words, the small number of rounds until incapacitation could be more the result of slower firing rate than superior cartridge performance.

Is the .22 likely to have a slower firing rate?  In handguns carried for defensive purposes, yes.  Most .22 defensive handguns are of relatively low quality.  They are extremely small and difficult to shoot quickly.  Compare the rate of fire between a NAA Mini revolver in .22 and a 9mm Glock.  Which do you think you could shoot faster? 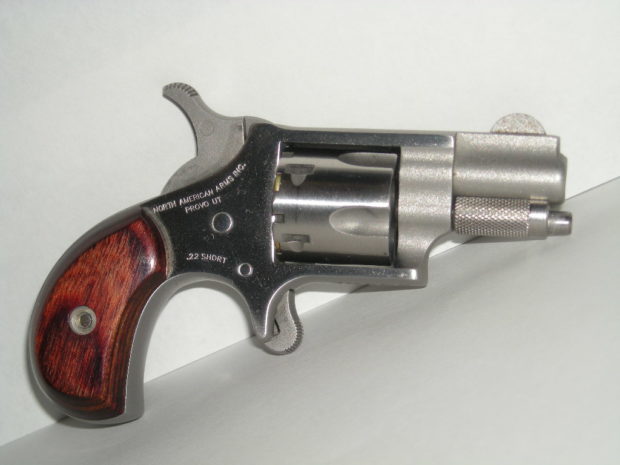 How quickly could you shoot this tiny single action revolver? Data that you assume means a superior cartridge could be attributed to a slower rate of fire.

The .22 rimfire round is also more prone to malfunctions than any centerfire round.  A malfunction will also decrease the rate of fire.  Rate of fire wasn’t factored into my study and could have caused the low numbers for the .22.

Here’s the good news for the .22 carriers…

That’s the statistic that most .22 advocates choose to ignore.  It’s the percentage of people who were not physically incapacitated after any number of rounds.  It’s roughly three times higher with the .22 as compared to the service caliber cartridges.

Yes, the criminals fled, but they were not incapacitated.  They could continue to fight back if they choose to.  If you were to face the rare motivated criminal who presses the fight, would you want a .22 or something else?  Encountering the motivated criminal who presses the fight against an armed citizen is exceedingly rare, but it is a possibility.

My best advice to you is to carry a gun that is reliable and shoots well.  If your preference is a .22, it will probably serve you well.  My preference is to carry something a little larger whenever it’s convenient.