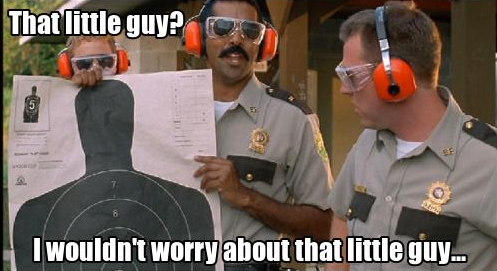 “It is wonderful, in the event of a street fight, how few bullets seem to hit the men they are aimed at.”– Theodore Roosevelt

The most recent study on police hit rates found that only 35% of police rounds fired in gunfights hit the intended target.  That statistic is surprising to many readers who assume that police officers are well trained and can generally hit what they are shooting at.  With a few exceptions, that is far from the truth.  Most officers only shoot their guns a couple times a year.

What’s surprising to me is that the hit rate in this study is so high.  In previous studies I’ve seen police hit rates that varied between 12% and 20%.  A 35% hit rate is actually an improvement.

Missing the target occasionally has severe consequences for the officers involved.  A couple high profile cases illustrate this fact.

Take a look at the story of a six-year old boy being shot and killed by police officers who missed the target at which they were shooting. 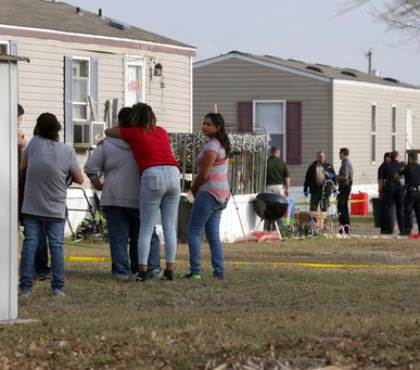 It’s not only innocent children who get hit by police missed shots.  Sometimes cops even hit their own coworkers.  Autopsy results on Sgt. Ron Helus (who was killed in the recent Borderland bar massacre) show that his death was caused by a rifle round fired by a California Highway Patrol officer who entered the bar with Sgt. Helus to stop the killing. 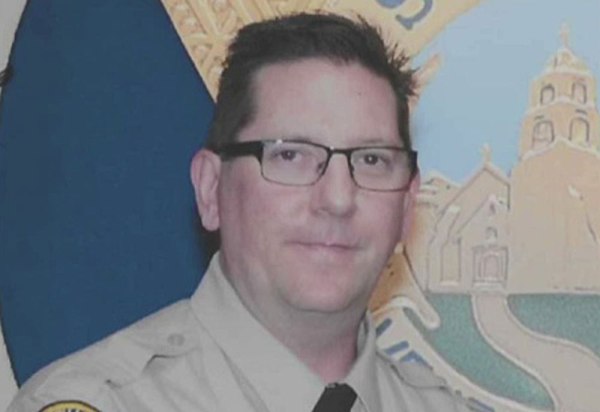 Seeing the recent police hit rate study, along with looking at these two cases prompts me to discuss the issue of missed shots fired by the police or armed citizens.  It’s not an easy topic to handle.  The solutions are much more difficult than simply training folks to shoot better or be more discriminating about firing rounds when they don’t have a clear backstop.

The fact is that in a lot of police shootings, there is no clear backstop and never will be.  Imagine making entry into the Borderland bar while a gunman was in the process of firing more than 60 shots from his .45 Glock pistol.  Injured and killed bar patrons would be covering the floor.  Drunk and panicked people would be running in all kinds of unpredictable trajectories.  What if the killer in this incident was located between you and a crowd of bar patrons?  He is firing at you.  Bullets are hitting your body armor.  Would you hold your fire because you didn’t have a clear backstop?

As an illustration of this concept, check out Active Self Protection’s cruiser video analysis of another police gunfight where innocent people are downrange behind the criminal.  Fast forward to the :51 second point in the video.  The gunman has already shot at the cops during the pursuit.  He exits the car and begins firing on the officers again.

The police officers had a busy street and some occupied buildings as a backstop.  People were running around everywhere.  Cars were cluelessly passing.  At no point in the encounter did the cops have a clear backstop.  Should they have held their fire?

Now, place yourself in the role of the officers in this video.  Would you shoot back?  OF COURSE YOU WOULD!

We’ll give you the benefit of calmly analyzing the situation through the dispassionate comfort of your cozy home.  Look at their backstop.  If they miss, they will hit a busy road full of oncoming traffic or put rounds into one of the local business establishments.  Not good. Would you shoot back now?  I’m betting your answer didn’t change.

My guess is that any one of you will be dumping bullets in that guy’s direction as fast as you can until he stops shooting.  I would too.  The backstop isn’t safe.  Innocent people may get hit if you miss.  The situation is horrible, but ultimately, you still have to fire if you want to come out alive.

What is your alternative?  Not to shoot because there are some cars coming?  That gets me shot by the bad guy.  Retreat into the path of another vehicle on the road and get run over?  Nope, sometimes you have to take the shot and deal with the consequences.  It’s a bad choice, but not shooting will likely lead to a worse outcome.

I’ve been in some training classes where we have done elaborate range training drills trying to maneuver under fire to get to a location where we could shoot with a safe backstop.  I’ve always thought there was a limited value to such drills.  Realize that safe backstops are great, but as you maneuver, you are still taking rounds!

How long do you want to delay and take the chance of being hit while you find your safe backstop?

Do you realize that bullets don’t always take a straight path through bodies?  Sometimes they bounce around and come out where you least expect them to.  It would really suck to take five seconds (and getting shot by three bullets) to move into a position where my misses can safely land only to have my bullet skip off the bad guy’s skull and hit someone else anyway.

An additional factor that most people fail to consider in situations like this is the question of the attacker’s backstop.  Where are HIS bullets going?  You can bet that he doesn’t care!  The longer you let him take shots, the more innocent people will be hit by him.  It ultimately comes down to one issue, do I trust myself to take the shot and take the chance of missing or do I let him spray rounds with lots of guaranteed misses?  Which would cause the most harm?

The above video is a prime example.  A local news story states that the suspect was hit by 45 rounds.  It was impossible to count, but I would estimate that the officers fired in excess of 100 total bullets.  Most of those were misses.  Yet no one was hit by any of those misses despite the backstop being crowded with innocent people.  What would be the outcome if the officers had held their fire?  Most certainly there would be some cops with bullet wounds right now.

What can officers or armed citizens do in this no-win situation?

The first thing is to become a better shot with all of your carry weapons.  If you are relying solely on your police department firearms training or what you learned in your CCW class, I can say with some conviction that your skills are not as good as they could be.  There are dozens of really good shooting schools out there.  Take a class.  You will be astounded at how much you will learn.

I started shooting at five years old.  During my teen years I shot a couple hundred rounds out of both pistols and rifles almost every weekend.  I won my police academy “Top Shot” award for being the best shooter in the class.  I later became a police firearms instructor, winning the best shooter award in the two-week instructor course.  I thought I knew how to shoot. 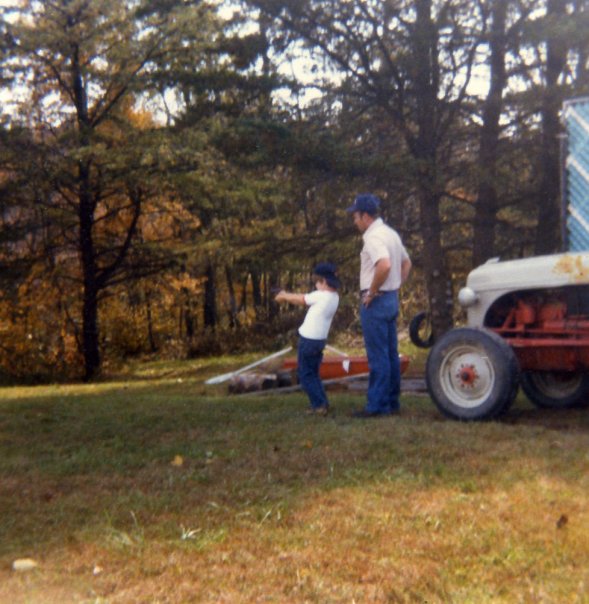 The first time I shot a pistol (Astra Cub in .22 short). My stance has improved since then. I also wear eye and ear protection now. Back in the ’70s those things were optional.

I went to my very first professional shooting school (Tactical Defense Institute) soon after I had graduated from my state firearms instructor certification.  I learned more in the first day of class than I learned in the entire two-week police instructor school.  You don’t know what you don’t know.  You can be much better.  Take a couple shooting classes and commit to regular practice outside of your police training.  Becoming a better shot leads to fewer misses in your next gunfight.

You can also change your shot angles.  By dropping to a knee and angling a shot upward, an officer may minimize the chance that a missed round or pass through will hit innocent people standing behind the suspect.  Officers can also advance on the suspect to a very close distance and direct his shots at a downward angle, accomplishing the same goal.

What can innocent witnesses do to avoid being hit by police missed shots?  Get away from cops who have drawn guns!  I can’t tell you how many times I’ve been holding a suspect at gunpoint and been asked for directions by a clueless bystander.  If you are far away from the cops and bad guys with guns, you are less likely to get hit.  Don’t stand around gawking or filming the incident on your phone.  Get as far away as possible the second you see a cop with a gun in his hand.

Backstop issues are important.  I’m not telling anyone to ignore their backstop.  If you can move to a position with a safer backstop without risk to yourself, then by all means do it.   But sometimes you just have to take the shot.  Sometimes the backstop will never be “safe.”

As Musashi said: “Study this well.” 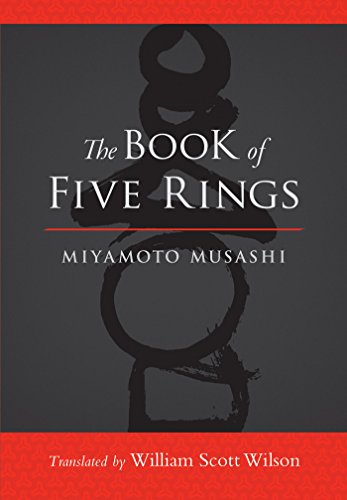