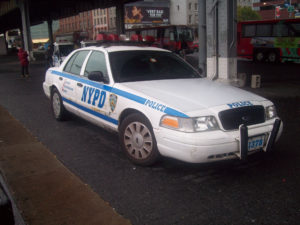 The internet is abuzz with news of Tuesday’s police shooting in New York City.  If you are unfamiliar with the incident, you can read about it here.  In short, a police sergeant responded to a call from a neighbor complaining of a disturbance caused by a mentally ill woman.  Police had allegedly dealt with the mentally ill suspect several times in the past.  When the sergeant arrived on scene, the 66-year old female suspect attempted to stab him with a pair of scissors.  He successfully de-escalated the incident over a period of 10-15 minutes and convinced her to put the scissors down.  She dropped the scissors only to pick up a baseball bat and charge at the officer.  The officer shot her twice in the torso, killing her.

No matter what you may hear on TV or from self-appointed experts, there are very clear Supreme Court guidelines as to when a police officer can use deadly force against a suspect.  In order to shoot someone in self defense, the police officer must reasonably fear that the suspect is going to seriously hurt or kill the officer.  The court recognizes that lethal force events evolve rapidly and an extended analysis of all factors may not be feasible.  The court doesn’t require that the officer make  a perfect use of force decision.  The courts don’t require “the best” or “the least harmful” use of force decision.  The court only requires that the officer’s decision be “reasonable” given the information he has.

So the question is: “Would getting hit in the head with a baseball bat cause serious injury or death?” Assuming that the woman wielding the bat was physically capable of swinging it and not somehow disabled, most of us would have to answer “yes.” If we answer “yes” then the cop’s actions were “reasonable” and lawful given the guidelines from the court and the current statutes governing self defense.

Were the cop’s actions optimal?  Most of us would answer “no.”  I honestly can’t imagine too many times where I would shoot an crazy old lady, even if she was coming at me with a ball bat.  I would take the bat away from her and then take the woman to jail or for a psych eval.  But keep in mind that I’m a 240 lb. guy who powerlifts for fun and has studied martial arts for more than 30 years.  Not every officer has the same skill set.

Interestingly, my very first “use of force” as a young policeman was in a similar situation.  A woman and her boyfriend returned home after a date, only to be accosted by the woman’s former lover outside the woman’s home.  When I arrived, the drunken spurned lover was attacking both parties with a steel-tined garden rake.  I didn’t draw my gun, even though lethal force was probably legally justified.  Why not?  Because I didn’t need to.  I knew I could take the guy without shooting.  As he charged at the woman, I tackled him from behind and wrestled him into handcuffs.

I  didn’t have a high level of fighting skills at the time, but I had played football and wrestled in high school.  I fought in Judo tournaments in college.  I was used to laying people out on the football field and kicking ass on the wrestling and Judo mats. Even early in my career, I had been hit hard and knew what it was like to be in a fight.  Dropping some drunken idiot armed with a rake wasn’t much of a challenge.

Public pressure has demanded that police officers be polite, not be intimidating, and not generate complaints.  Police agencies have responded by hiring officers who have spotless backgrounds and college degrees.  Most have never been in a fight outside of grade school and have never played a contact sport or studied martial arts.

The new cops are then given inadequate training relying on useless “pressure point control” techniques in the police academy.  Once they get out of the academy, most agencies will do NO refresher training on any of the techniques the new cops had learned.  Even those ineffective skills are quickly forgotten after a couple years without practice.

So, in essence, we are expecting cops to handle things physically using a minimal amount of force without giving them any experience or training in how to do that.  You would think that officers would seek outside training on their own if their departments’ training efforts were sub par.  You would be wrong.  In my agency (employing 48 officers), only myself and two other officers do any regular combative martial arts training.  The remaining 45 officers have essentially ZERO high-level training on how to physically fight an aggressive opponent.  They have to rely on the weapons they carry on their belts (Tasers, batons, guns, and pepper spray) if they want to have a chance at winning an serious fight with a criminal, especially if the criminal is armed.

How much training do you think officers receive using these life saving weapons?  The answer is almost none.  Officers in my agency get far better training than most departments and our update training for less lethal weapons occurs only once every two years.  That training session rarely exceeds more than one to two hours in length and often includes watching training videos rather than actually practicing with our tools.  Many agencies NEVER get additional training on less lethal weapons after the police academy.  There is no state requirement for in-service training using physical skills or less lethal weapons.

The one thing that every cop gets is a little bit of training with their duty pistol.  The state requires that every officer must pass a requalification shooting test on an annual basis.  Even in the agencies that do no additional training, officers at least get to fire their guns a few times a year.

So let’s go back to the NYPD incident….

If that officer is anything like the average, he can’t physically fight his way out of a wet paper bag.  He probably isn’t a brawny weight lifting stud because those folks are “too intimidating” to be hired.  He hasn’t practiced with his pepper spray or Taser in a couple years.  He’s done no integrative force on force training covering escalation and de-escalation using all of his weapons.  The only recent training he’s had has been firing a few rounds out of his pistol.

Is it really a surprise that the officer shot the woman?  It’s the only thing that he knew he could do successfully.  If you were forced to choose between getting hit in the head with a baseball bat or shooting the attacker, which option would you select?

Until the public demands better training and a better selection process for hiring police officers, you’ll see more of the same.  That means hiring officers who are physically capable of winning a street fight and then training them up to a high level of proficiency in both empty hand combatives and weapons usage.

But that won’t happen because physically capable officers scare liability-obsessed police administrators.  Training to the desired level of proficiency is costly.  It takes time and people get hurt.  Departments don’t have the budget to pay for the training or the manpower to cover for an officer who is recovering from a training-related injury.

That makes training decisions very easy.  Departments settle for the bare minimum training required by law and then hope an officer doesn’t screw up or get killed.

Officers hope they don’t have to respond to a call that requires more than their meager skill set allows them to do.

Members of the public hope they don’t get killed by a poorly-trained cop.

Unfortunately, relying on “hope” alone is a poor life strategy.

The only thing “hope” is good for is getting elderly crazy women shot by untrained cops.

The bottom line is that it’s cheaper to pay off the crazy woman’s family and fire the officer than it is to train an entire police department to a high level of proficiency in hand to hand combat.

Under that system everyone loses….the department, the officers, and especially the community.

I hope that police administrators and the general public recognize this insanity can’t persist.

Unfortunately for me, relying on hope alone is a poor life strategy.