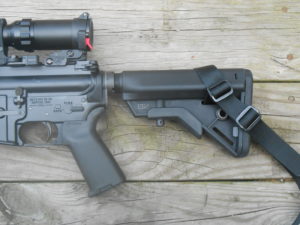 It’s been a week since election day.    I’m glad you survived.

In the last couple decades the gun industry has experienced periods of time when they couldn’t make enough weapons to keep up with customer demands.  A lot of really smart folks think that a change in the balance of power in the Federal Government following an election is a trigger for panic buying.

If legislators act quickly to pass more gun control regulations, lots of folks in this country will be in the market to buy AR-15 rifles.  When that wave of panic buying starts up, your chance of getting your hands on a AR-15 rifle declines precipitously.  My smarter readers will take heed and purchase anything they might need now while prices are low and dealers have a lot of guns in their inventories.

Do you have an AR-15?  If not, now is the best time to buy.  You will regret not spending the money now when prices triple in the wake of any new gun control legislation being enacted.  If you want to buy an AR-15 but aren’t really sure of what you need, this article will steer you in the right direction.

One of the most common question I get from readers is “How do I choose the right AR-15 rifle?”  The options are overwhelming to many new rifle shooters and lots of folks need some guidance.  It really isn’t all that hard.  Here are some tips to get you set up right and save you some money in the process.

If you want an AR-15 don’t buy the cheapest rifle you can find. The parted-out “Frankenguns” generally don’t hold up well. Expect to pay somewhere in the neighborhood of $800-$1200 for a high quality new AR-15.

For an entry-level rifle, consider brands like Colt or Smith and Wesson. In my experience, the Colt and Smith and Wesson rifles tend to be the most reliable of the lower-priced AR-15s. Most Bushmaster, DPMS, and Rock River rifles also work well, but I see more problems with those rifles than the Colts or Smith and Wessons.

Unless I was really strapped for cash, I would stay away from the lower priced “sport” versions of these rifles as well.  They cut costs by eliminating dust covers and forward assists.  Some also generally use cheaper internal parts as well.  It’s worth it to pay a little extra money for a rifle that will last a lifetime.

If you want to pay a little more to get the cream of the crop, I would suggest that you take a look at the rifles from Daniel Defense, BCM, and LMT.

One other tip: buy new.  Even though I buy lots of used guns, it’s best to buy your AR-15 as a new weapon.  While it’s almost impossible to buy a pistol with a “shot out” barrel, The AR-15 barrel has a definite life expectancy.  Rifles start showing serious accuracy loss somewhere between 10,000 and 20,000 rounds.  You probably don’t know the round count on the rifle you are buying, so it’s safer just to buy new.

Next, make sure you get a rifle that is chambered for 5.56mm rather than .223 Remington. While the two cartridges are dimensionally similar, they are not the same. The 5.56mm is loaded to a slightly higher velocity and pressure.  It is also slightly dimensionally different.  Because of this, a .223 Remington round can be safely fired in a 5.56mm rifle, but doing the opposite may be unsafe. Get the more versatile 5.56mm chamber.  The newer .223 Wylde chamber safely accepts both cartridges.

I generally favor the shortest and lightest barrels I can find in my AR-15s.  The long heavy barrels are useful for extended range bench rest and match shooting, but aren’t as practical for self defense.  Get a rifle with a 14.5”-16” lightweight or M-4 profile barrel with a flash suppressor.

Make sure NOT to get a muzzle brake instead of a flash suppressor. The muzzle brakes are designed to reduce muzzle rise on recoil but do so at the cost of dramatically increasing noise and muzzle blast. The muzzle rise isn’t enough of an issue with the 5.56mm rifle to warrant their use. If you ever have to shoot the rifle indoors or in a vehicle without hearing protection, you’ll be glad you got the flash hider instead.

The twist rate determines which bullet performs best in the rifle.  If you want to shoot longer/heavier bullets, you’ll want a fast twist rate (1:7).  If you shoot shorter/lighter bullets (55 grain or less), a slower twist rate is better.  In general the 1:8 twist or the 1:9 twist rates will work well for a broad variety of projectiles.

Get a lined barrel as well.   Either the chrome lining or the newer Melonite or Nitride coatings will add life to your barrel as compared to the unlined/uncoated versions.   The lining will give you 5,000 + extra rounds fired before you start experiencing accuracy degradation.

I prefer a rifle with a flat top so that I can mount a red dot optic or scope.  It is very difficult to mount an optic reliably atop a carry handle.   Another option is to get a rifle with a removable carry handle (often called the A-3 model). The removable carry handle has sights, but can be removed if you want to later install an optic like a red dot sight or scope. The A-3 models give you the ability to do use open sights or optics.

If you absolutely know that you are going to be using an optic (especially a magnified scope) get a rifle with a folding front sight so that it doesn’t get in the way when you look through the scope.  Removing the front sight tower and replacing it with a different gas block will often negatively affect rifle reliability.  Get the rifle with the folding front sight from the start if that’s what you want.

You will shoot much faster with a red dot optic than you will with open sights.  With current red dots having battery life of more than two years (constantly on), dying batteries aren’t much of an issue anymore.

I think the best value in red dot sights right now is the Aimpoint Pro.  It has excellent battery life and comes with an included mount for a little more than $400.  I have several rifles equipped with this optic.  It’s really hard to beat. 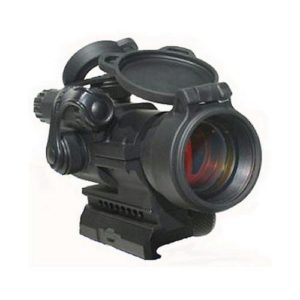 If you want a smaller or lighter red dot, I would recommend the Aimpoint T1 or H1.  They are very similar in performance, but the H1 is about $100 cheaper.   You lose a little waterproofing and some night vision settings in exchange for cost savings.  They are both excellent sights.

If you don’t want to spend $400-$700 on a red dot, there are a couple of cheaper options.  While these don’t have the durability of the optics I listed above, they will generally prove adequate for casual use.  Check out the Primary Arms MicroDot or the Vortex Sparc.

If you have a red dot, you will also need backup iron sights just in case the red dot is damaged or fails.  There are lots of options here.  Pick what looks good for you.  I generally use Magpul’s sights, but they certainly aren’t the most durable on the market.

One of the current trends among knowledgeable shooters is to replace their red dot with a variable power magnified scope.  These scopes are generally in the neighborhood of 1x-6x in power.  At close range they can be dialed down and used like a red dot, but they give you extra magnification at long range.  I think these are especially useful if you find yourself taking frequent 100-300 meter shots.  Otherwise, I prefer the red dot for better speed.

A cost effective, but high quality variable-powered optic is the Leupold.  A cheaper option that has served me well is the Millet DMS.  One other lower price scope to consider is the Vortex Strike Eagle. 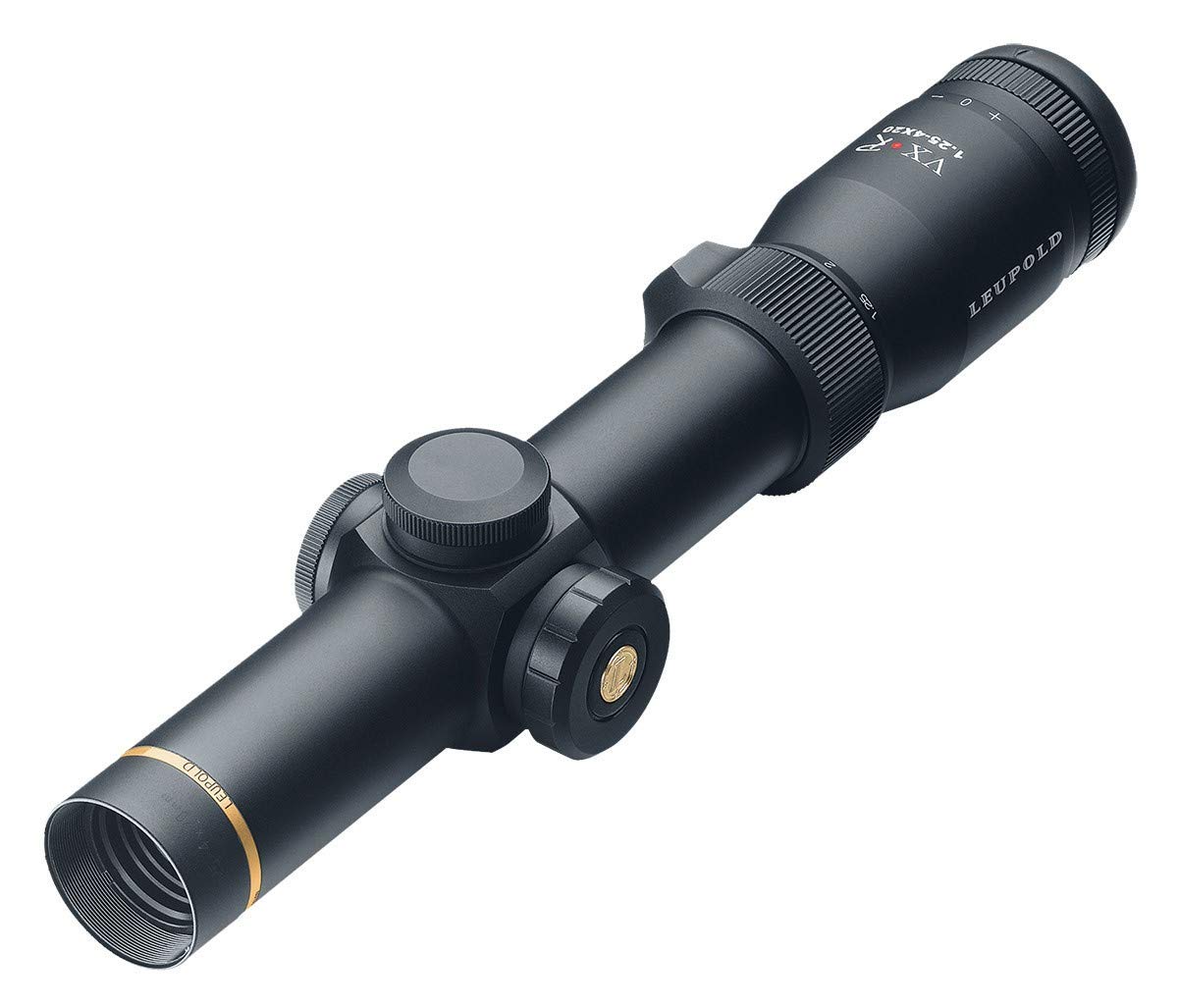 US Optics, Kahles, and Nightforce make higher end scopes that some of you may enjoy.

The factory trigger will serve most people well.  There are a few options if you want to decrease trigger pull weight.  Avoid competition triggers that have screw adjustments.  You don’t want the screws backing out on you at a bad time.  The only aftermarket trigger I use in my AR-15 rifles is the Geissle.  It’s worth the money.

You’ll want attachment points for lights, optics and slings.  You can buy a rifle with a factory supplied railed forend.  If you want an aftermarket forend with multiple attachment points, the Magpul is cheap, lightweight, and durable.  There are lots of other rails available.  Lots of companies build rifles that come with KeyMod or MLock forends

You will also want a collapsible stock to allow different sized shooters to comfortably shoot the rifle. The  one I use on my duty rifle is the B-5 SOPMOD. 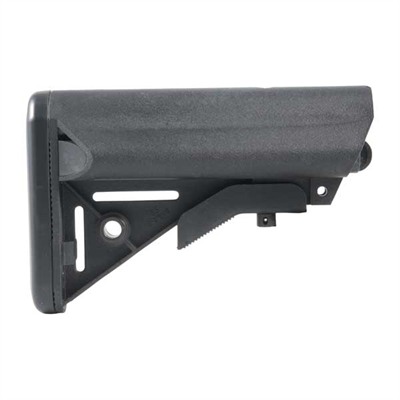 No matter which rifle you buy, don’t load it up with extraneous equipment. There are just a few useful accessories that need to go on a rifle. The first necessity is a sling.  Stay away from the single point or triple point slings.  A simple two point sling will work best for most users.  I like the slings by Viking Tactics and Blue Force Gear, but even a simple military carry strap will work fine.

You will also want a light on your rifle. There are many good options ranging from $50-$500. Pick the one you like.  My favorites are the Surefire mini-scoutlight and the Surefire X300. 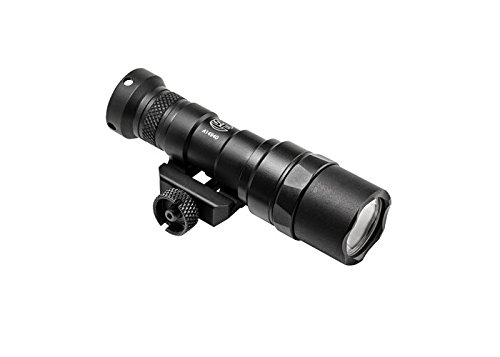 Beyond slings and lights, you will want plenty of extra magazines. Get at least 10. High capacity magazines have been the target of legislators in the past. They were restricted so that civilians couldn’t purchase newly manufactured magazines from 1994-2004. During that time frame, magazines that today cost $10-$15 rose in price to over $100. Buy your magazines now before they are too expensive!  I use P-Mags or the aluminum mags from Brownells.

This should get you started with a very serviceable AR-15 rifle.  If you follow my advice, you’ll be better equipped than 90% of the users of defensive AR-15 rifles in the USA.  Start here, evaluate your gear and add only what’s necessary for your individual mission.