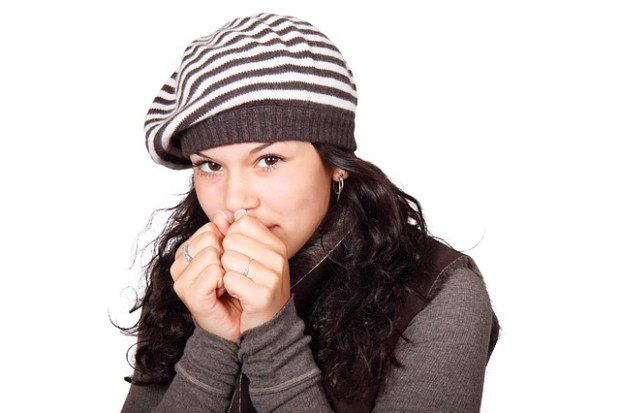 A couple weeks ago, I reposted an article summarizing the groundbreaking research John Hearne has done on the body’s “freeze” response in stressful situations.  John is a long time Federal law enforcement officer, firearms trainer for Rangemaster, and one of the most thorough researchers I know.  After publishing the article, John emailed me with some updated information he had recently learned.

John’s original work on the freeze response concentrated on preventing situations where the “limbic brain” takes over (please read the linked article above for details).  When the more rational parts of your brain are in control of your thoughts and actions, there are fewer “freeze” responses.  John’s work focused on how one could avoid freezing by teaching folks how to stay in rational control of their thoughts in a crisis situation.

John’s latest research has identified some situations where the freeze response is evident, even in cases where the defenders were still functioning in the rational thought mode.  This subject fascinates me.  How can someone who is thinking logically default to a freeze response that is likely to put him in more danger?  John has some answers.

John has graciously allowed me to reprint his research summary here.  I think you all will benefit greatly from reading it.  This is truly some of the top scholarship in the field of the psychology of self protection.

What you mentioned in the essay was everything I had in my talk which is when the brain is running on the emotional side. More recently, I’ve gained a whole other level of appreciation for how wired in “freeze” is as our default response even when operating in a more rational fashion.

While reading a book that studied entry tactics for patrol officers, I came across a section on the “orientation response.” I think that the use of orient and how it ties into Boyd is really significant. But first, what the authors said:

“Orienting Response Orienting responses (ORs) are important to the process of information processing. Sokolov, Sprinks, Näätäen, and Lyytinen (2002) present ORs as the building blocks of all investigatory processes. Orienting responses are reactions to a stimulus through which an individual becomes more sensitive to the stimulus. In humans, the reaction is generally one of inquisition. This is also true for animals. For instance, dogs exhibit a strong orienting response to new sounds by perking up their ears, turning their heads toward the sounds, and tensing their muscles.

In terms of threats, the OR can have an inhibitory effect and halt the current behavior of the individual while acquiring data about the threat (e.g., armed suspect in a room; Sokolov et al., 2002). In other words, under certain conditions, an individual’s OR will halt a conditioned response in order to gather additional information. Utilizing the example of an armed suspect in a room, upon entry, the officer’s orienting response will activate to the observed threat and the conditioned movement may be halted to allow the brain to gather information. In most cases, the presence of a novel stimulus or threat will automatically trigger an orienting response (Sokolov et al., 2002). In the case of a room entry, this means that officers will automatically look at (orient on) a threat detected during the entry.”

“If a potential threat is detected in the periphery of the officer’s vision during a room entry, the orienting response will automatically reorient the eye to place the image of the potential threat on the fovea in order to gather better information about the possible threat. In short, the natural tendency of the entering officer will be to look at the threat. In some cases, the orienting response may be strong enough that it halts other behaviors (e.g., moving) in order to maximize the information acquired. If this occurs, the officer may momentarily stop (stall) in his current position to gather more information.

This same process can occur in police training. Officers can be repeatedly exposed to a stimulus in order to habituate them to the stimulus and overcome the orienting response. In a dump room entry, for example, the officers can be repeatedly exposed to a threat upon entry and told to maintain their focus on their areas of responsibility. Over enough trials, this may allow the officer to overcome their natural tendency to orient on (look at) the threat.”

I found it significant that the orientation response can manifest itself physically and make someone actually stop (effectively freeze) in place to gather the required information. My interpretation of this is that freeze can catch you whether you are operating rationally or emotionally. In an environment filled with natural threat, freeze seems to be a fairly adaptive response. It has only been with the advent of projectile weapons that it really falls down.

I’ve always been amazed by how many officers are murdered with a perfectly good gun in the holster. Before I read this, I thought it was the emotional mind taking over but even someone in their rational mind can fall victim if they aren’t able to identify what is happening.

I don’t know if you saw it but Claude Werner quoted me a few months back when I said “If you’re planning to orient on the fly, you’re probably going to fail.” This came out of a discussion we had after I shared the above quotes from the book and why Claude believes that so many people misunderstand Boyd.

It is Claude’s position that to understand Boyd, you have to read his Aerial Attack study. This study is essentially a collection of solutions or “pre-orientations” to likely scenarios an attacking pilot will face. If A presents itself do B, if C presents itself do D.

The big lie is that everyone sells is that you will orient in the moment. I see nothing to support this idea in all but the rarest of individuals or those with extensive combat experience. Given the compressed time frames associated with interpersonal violence, there is simply no time to perform an “orient” process in the moment.

All of this reinforces my position that proper training has four priorities:

There is a big push by the PERF types to stop showing a lot of officer murders in classes on the basis that it makes officers too paranoid. I would take the exact opposite approach and say they are essential to remove the novelty of such an encounter. To me, the two hardest things to convince folks is 1) how bad it can be (speed of violence, facing uninhibited attacker) 2) how much work they have to do to really be prepared.

I remember a buddy going to FLETC and relating a video they showed of nothing but horrible deaths and body recoveries. They no longer show those because it upset people – people who thought they were suited for law enforcement. I don’t know if you’ve seen Paul Howe’s mindset video but he’s had SWAT cops run out of the room when he shows the Cartel murders. I’d politely offer that if you’re not able to sit through that video, you’re not going to perform well when death is on the line.

To summarize, freezing: is real, real bad, and worst than you wrote about – it gets you on both the emotional and rational side.

Thanks to John for allowing me to print his thoughts on the topic.  Go back through and re-read what John wrote.  His advice is not just for cops, it is equally applicable for anyone preparing for a defensive encounter.  Structure your training in such a way that you aren’t surprised during the “orientation” process.  If you want to avoid freezing, you should already have a mental map of any encounter you are likely to face and a plan for how to handle it.  If your training doesn’t address the four priorities that John mentioned above, I would urge you to seek out more relevant training experiences.