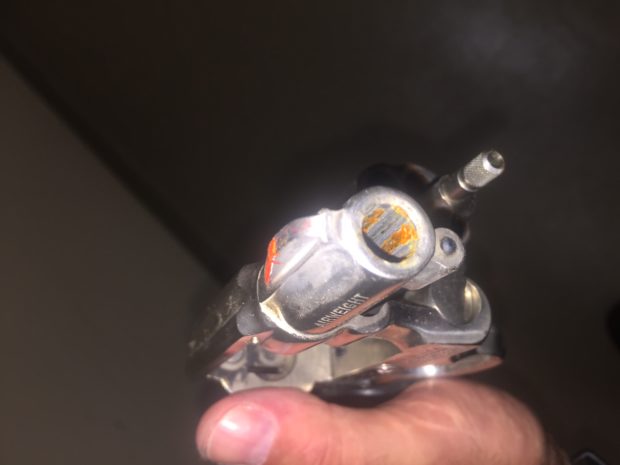 My cop job kept me really busy on Monday.  We had a freak thunderstorm with torrential rains and high winds for several hours.  The massive storm blew down trees, knocked live electric wires down across roadways, caused power outages for most of the residents, and flooded roadways.  The five other cops working my city and I ran from call to call without a break for most of the shift.

One of the calls I took was for a flooded roadway with vehicles stranded in the flood water.  When I arrived, the entire roadway was under about 18 inches of water.  I could see that the flooding was being caused by a storm sewer opening that was clogged with debris.  The rain water couldn’t properly drain.

I waded into the mess and cleared the debris, forgetting that I was wearing my backup gun (a nickel plated Smith and Wesson airweight Model 12) in an Alessi ankle holster.

In case you didn’t know, ankle holsters and knee-deep water are not a good mix.

I was so busy for the remainder of the shift that I was unable to do anything about my waterlogged revolver.

When I got home that night, I pulled the revolver out of the leather holster to better allow the holster to dry out.  I took a quick look at the gun and didn’t see any obvious issues.  My plan was to clean and lubricate the gun in the morning when I awoke.

By the time I got around to cleaning up my revolver yesterday, this is what greeted me. 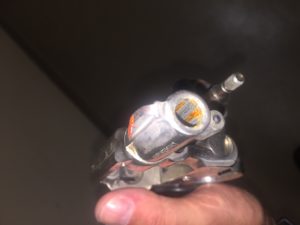 Note the aggressive rusting of the bore and the rust starting to form where the barrel screws into the frame.  All that rust developed in less than 24 hours!

It didn’t take long to clean up the revolver, lubricate it, and put a light coat of Barricade on the areas prone to rust.  The gun is as good as new now.  Although the cylinder and chambers didn’t show any indication of water exposure, I replaced the ammunition  just to be safe.  I’d rather spend a couple dollars on six new .38 rounds than take the chance of having waterlogged cartridges when I urgently need the gun.

Keep an eye on your life saving gear.  It doesn’t take long for damage to occur after your guns have been exposed to inclement weather.