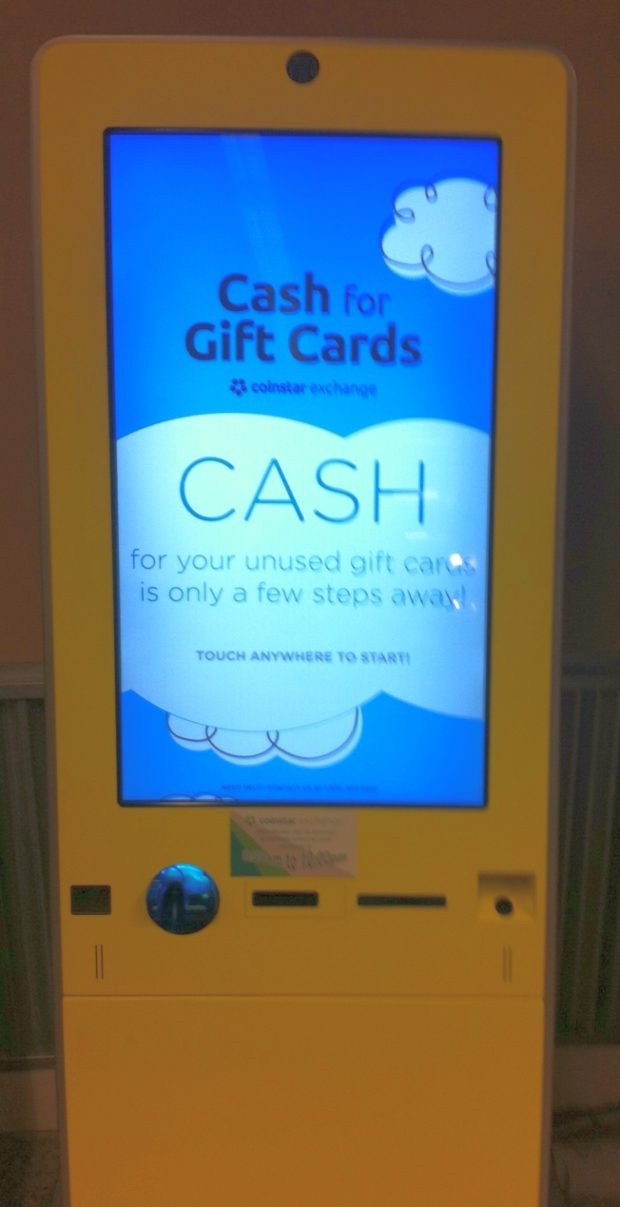 I work as a police officer in a very wealthy suburban community. It’s a nice place to be a cop because there are relatively few violent crimes. What we see most often is theft. Thieves like to steal from people who have money and who feel secure enough to leave houses and cars unlocked. That description epitomizes the city where I work. We have a huge problem dealing with thieves.

Most commonly we see thefts from cars and houses, but we get our fair share of shoplifting and robberies from retail stores as well. With a couple of high-end department stores in our jurisdiction, we arrest several shoplifters every week.

I assumed that these cards had been stolen. When I started asking my prisoners about how they got all the cards, a few were remarkably candid.   They don’t steal them.  They use the cards to get fast cash to buy drugs. Here’s how they work their scam…

The shoplifters will steal clothing or other merchandise from department stores. They often pick baby clothes because they are relatively expensive and smaller in size (thus easier to hide).

The shoplifters don’t keep the clothes or sell them in second-hand stores. Instead, they take them to a different store and return them. Since they don’t have receipts, the store gives them credit (in the form of a store gift card) instead of cash. 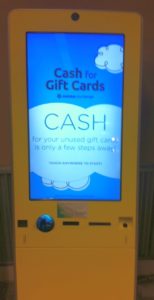 The “Cash for Gift Cards” machine at my local grocery store

You may not have noticed, but a lot of grocery stores now have a machine near the front entrance where you can exchange store gift cards for cash. The machines take a percentage off the top as profit (3%-15% depending on the machine) and then give the person the remainder of the balance in cash.

Criminals take the gift cards they get from their stolen goods and turn them into cash (usually for heroin) at one of these machines. They use different stores and multiple (usually stolen) ID cards to redeem the cards so they don’t arouse suspicion.

One of the larger grocery stores in my city has recently added one of these gift card-for-cash machines. It has attracted quite a few criminals and thieves. I spoke with a manager at the store and he has noticed a change in the store’s clientele since the addition of the gift card machine. When I asked the manager about the machine, his comment was “I hate that machine. It draws people into our store who really don’t belong here.” The criminal element attracted by the machine then steals things from the grocery store as well.

Why is this important to you? I assume that most of my readers aren’t looking for easier ways to steal things or get money for drugs.

It affects you because you have to buy groceries. If your grocery store has a gift card-for-cash machine, it WILL attract a criminal element that wouldn’t otherwise frequent the store. If the criminals are there while you shop, you are more likely to be victimized. These criminals are the same people who will also steal from a person like you if given the opportunity.

If they see an unattended purse in a shopping cart or something valuable in your car, they’ll take it. You should be aware of the criminal presence in the areas you frequent and take active steps to avoid victimization.

For me, I’ve chosen to avoid shopping at stores that have gift card-for-cash machines. It’s simply not worth the risk for me. If you must shop at a store that has one of these machines, make sure that you don’t leave any valuable items within view in your car. Ensure that you lock your car doors as well.

Pay attention to anyone using the cards-for-cash machine. Make a conscious effort to avoid those people if you see them in the parking lot or in the store after their transaction.

The shoplifters we deal with usually work in teams with several people stealing things/distracting the store staff while they have one or more drivers waiting outside in a getaway car. You can often spot the getaway car drivers more easily than you can spot the thieves. Watch for cars that are backed into a space a little farther away from the store than most of the other vehicles. They want room to be able to maneuver away from responding police cars and to avoid being spotted by store security cameras. The driver will be in the driver’s seat with the engine running. He/she will usually be on a cell phone talking to the thieves inside the store. Don’t park anywhere near someone who matches this description.

Crime trends differ depending on your location. The gift cards-for-cash machines in our city have created a noticeable uptick in our crime levels. Research the trends in your area and take any measures you can to avoid becoming a victim.