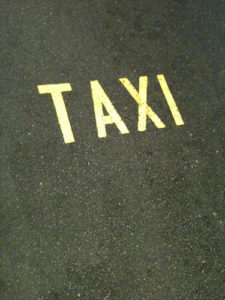 I spend a lot of time traveling in taxi cabs through the various third world countries I visit.  So much time, in fact, that I’ve had a chance to really analyze some “best practices” for utilizing public transportation.  Fortunately, my analysis and practices have paid off.  I’ve had a couple of close calls over the years, but most of my cab rides have been rather uneventful.

Have you ever thought about what you could do to make your cab ride safer?

A recent news clip prompted me to write about this topic.  A woman in Tennessee was raped by a cabdriver who had picked her up after a night out on the town.  The driver drove past her hotel to a more secluded location where he could assault her with less chance for intervention.  Fortunately, the cabbie was arrested and will be serving some time in jail.  Read more about it HERE if you are interested. 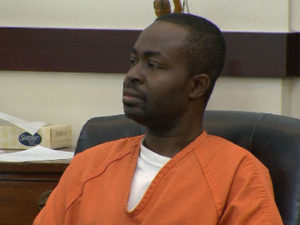 In the United States, it is relatively rare to encounter cases where passengers have been victimized by their cab drivers.  As with the story above however, it does occasionally happen. What can you do to prevent it?

– The key thing any passenger can do to best insure her safety is to trust her instincts.  If something doesn’t seem right, if the cabbie isn’t taking the correct route, or if you get a bad feeling about the situation, get out!  Get out at a stoplight if you have to.  Tell the driver that you forgot something at the location where he picked you up and you would like to return.  Do whatever you can do to get out of that cab.

– Never put all of your luggage in the trunk of the taxi.  Take your carry-on bag, purse or backpack into the passenger compartment with you.  If you have to flee the cab in a hurry, you will at least be able to keep control of some of your possessions and valuables.

– Pay attention to the route.  If you have a smartphone with GPS, use it to find the best way to get to your location.  If the driver isn’t taking that route, ask him for an explanation.

– You can also use your phone or camera to take a photo of the cab driver’s license plates or credentials.  Send the picture to a friend or call a friend as you are getting into the cab, giving her the name of your driver and the cab number.  If your driver is a criminal, he’s less likely to victimize you if he thinks he’s likely to get caught.

– If you are alone, sit in the rear seat on the opposite side from the driver.  If you have to escape from the driver, you will have a slight head start (or a little cover) as the driver has to run around the car to reach you.

– And most importantly, don’t travel by yourself if you are impaired from using drugs or alcohol!  The victim in the story above appeared to be intoxicated.  I’m sure her perceived intoxication factored into the risk vs. reward calculation in the rapist’s head.  Drunk people don’t remember things as well.  They also react slower.  People using drugs don’t like to call the police out of fear of getting arrested.  Any of these factors decrease the chance that the criminal will be hurt or prosecuted.

If you are inebriated, ride with a sober friend.

Once you get outside of the United States, cab rides expose you to much more danger.  Tourists use taxis and tourists have money.  That’s all the information some criminals need in order to make some cash.  You really have to be on your toes when you are taking a taxi in a third world country.  Here are a few of the tips I have learned in my travels over the years:

-Most taxi drivers will not speak English.  When you arrive at your hotel or hostel, pick up a couple of the hotel’s business cards from the front desk.  The cards will have the hotel’s address and phone number on them.  If you get a taxi driver who can’t understand you, hand him the business card and he’ll be able to get you home.  Taking a photo of the front of your hotel or the street signs at the nearest intersection and showing it to your driver may also communicate where you need to go if you can’t speak the language. 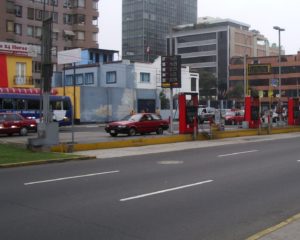 – Taxi drivers don’t make much money and will often try to scam travelers.  Ask your hotel desk clerk or concierge what a local taxi fare to your destination should be.  Most third world taxis don’t have meters.  Negotiate the fare BEFORE getting in the cab.   A big scam in many countries (I experienced it in Argentina, Brazil, Colombia, and Thailand) goes this way: You and your friends agree on a price (let’s say $5.00) and get everyone into the cab.  When you reach your destination, you hand the driver the $5.00 bill and he says “No!  $5.00 PER PERSON!”  Make sure you clarify in advance if the price agreed upon is per person or per trip.

– If you speak any of the local language at all, speak it as soon as you get in the cab.  Cabbies are less likely to overcharge or scam you if they think you may be a resident or familiar with the city.  Speaking even just a little of the local language will make the taxi driver think you may know what’s going on and keep him honest.  You may also consider taking a photo of the cab driver’s licensing paperwork in an obvious manner as soon as you get into the car. 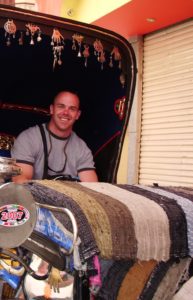 In a horse-drawn taxi in Luxor, Egypt

– Never let anyone else get in the taxi with you.  Sometimes drivers will stop and allow other passengers to ride in the cab to make some more money.  Usually it’s legit, but occasionally those “other passengers” are robbers who are in collusion with the driver.  If someone else gets in the taxi, get out and don’t pay the driver.  Tell him that you are going to call the police. 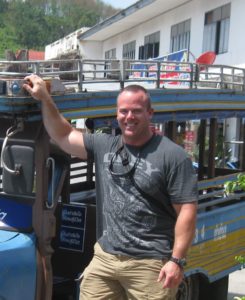 After being in this Thai taxi for a couple of hours, I needed a massage!

– Make sure your doors are locked and your windows are up.  Thieves on foot, bicycle, or motorbike drive between lanes of traffic stopped at intersections and will reach in through open windows to steal purses, wallets, shopping bags or cameras.  They get away easily when the taxi cab is caught up in gridlocked traffic.  Make sure you don’t have any valuables visible in your hand or lap.  Some criminals on foot will break your window, reach in, and steal your stuff while the taxi is stuck in traffic.

– Make sure you have small bills available to pay the driver.  Many taxi drivers will refuse to provide change for large bills claiming that they don’t have any smaller bills.  That forces you to stop someplace else to make change or just give him a very large tip.  The driver is betting that your   frustration and impatience will alter your judgement.  He thinks you’ll just give him the large bill without expecting any change back.  Don’t play that game. 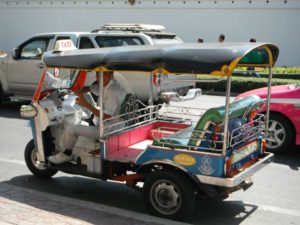 – Many foreign tourists rely on taxi drivers to provide them with connections to drugs or prostitutes.  Even if such activity is legal in the country you are visiting, avoid using your taxi driver as a connection.  Drivers are often in collusion with either the police or the criminals.  They will offer to sell you drugs and then tell the cops as soon as the transaction is completed.  The cops give the drugs back to the driver and you have to pay a bribe to stay out of jail.

The drivers may also use your desire for  drugs and prostitutes as an excuse to take you to a more seedy part of town where they can set you up for an ambush.  The call their robber friends and arrange a location, pull up on the street and get out of the car without saying a word.  The next thing you know there is a gun stuck in your face and a demand for money.  The driver just set you up.