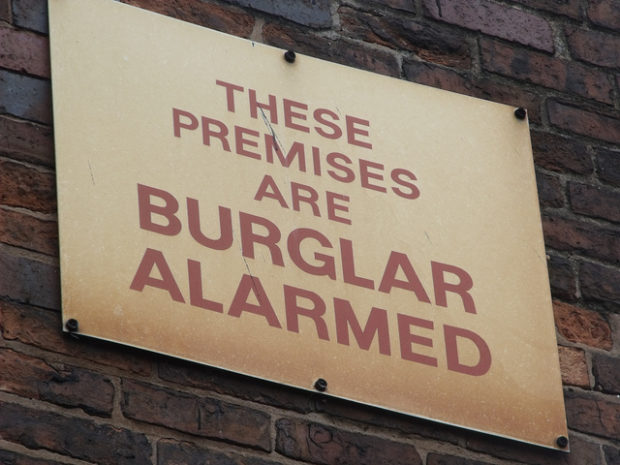 I found a very interesting piece of research linked up on the Practical Eschatology website.  The report “Understanding Decisions to Burglarize from the Offender’s Perspective” provided the conclusions researchers amassed after interviewing more than 400 incarcerated burglars.

The study proposed to answer the following questions:

1. What motivates burglars to engage in burglary?

2. What factors are considered by burglars during target selection?

4. What techniques do burglars use when engaging in burglary?

5. Are their gender differences in burglary motivations, target selection and techniques?

In addition, this study was designed to specifically assess the deterrent effect, if any, of burglar alarms on offender’s decisions to burglarize. To address these research questions, we relied on a self-administered survey data collection process using an instrument designed specifically for this study

This was a very ambitious study and will provide excellent information to anyone engaged in the study of criminals and how they work (burglars in particular).  The study was more than 60 pages long and took me a little while to get through.  Below are highlights of what I consider the most useful information and the implications for the average armed (or unarmed) homeowner.

“It is also evident that some burglars were involved in other forms of serious crime over the course of their offending careers. About 8% reported that they had been charged with homicide, 12% with robbery, and 7% with assault at some point in their past. On the other hand, over 54% reported that burglary/breaking-and-entering was the most serious crime that they had been charged with to date”

“Within the entire sample, 88% of respondents indicated that their top reason for committing burglaries was related to their need to acquire drugs (51%) or money (37%), although many reported needing the money to support drug problems. Crack or powder cocaine and heroin were the drugs most often reportedly used”

“Just over a fourth of burglars typically worked alone and approximately the same proportion reported never burglarizing alone. Among those who worked with others, most committed burglaries with friends and/or spouses/significant others, although nearly one in eight reported working with other family members.”

“Screwdrivers were the most commonly reported tool that burglars carried, followed by crow bars and hammers.”

The burglar you are likely to encounter in your home is a seasoned criminal.  About 20% of the burglars had also been arrested for the more serious crimes of homicide or robbery.  More than half of them are breaking into your home because they are drug addicts.  Half will also be accompanied by at least one other person, either assisting them inside the house or serving as a lookout.  Many will be armed with an improvised weapon.

How does this stack up against your perception of the “stereotypical burglar” being a neighborhood kid looking for a little beer money?  Those days are over.  How well prepared are you to deal with this type of offender?

How do they choose their targets?

“About 12% indicated that they typically planned the burglary, 41% suggested it was most often a “spur of the moment” event/offense, and the other 37% reported that it varied.”

“When considering the amount of time dedicated to planning, when planning did occur, nearly half (49%) suggested that the burglary occurred within one day and 16% indicated that the planning process took place for 1-3 days. There were not significant differences in substance use involvement between those who were more deliberate planners and those who were not.”

“Many burglars offend within close proximity to their own residences”

Most burglars exploit targets of opportunity.  Lock your damn doors!

What deters a burglar?

“Close proximity of other people (including traffic, those walking nearby, neighbors, people inside the establishment, and police officers), lack of escape routes, and indicators of increased security (alarm signs, alarms, dogs inside, and outdoor cameras or other surveillance equipment) was considered by most burglars when selecting a target”

“About 60% of the burglars indicated that the presence of an alarm would cause them to seek an alternative target altogether. This was particularly true among the subset of burglars that were more likely to spend time deliberately and carefully planning a burglary.”

Pay attention to these things.  Alarms are helpful, but not a panacea.  Look to have a layered defense with as many of these options as possible in your house.

What are they trying to steal?

In the burglaries I investigate, I see these items being stolen almost exclusively.  Burglars head right for the master bedroom and bathrooms looking for cash, jewelry, guns, and pills.  They pick up any small electronics they can on the way to and from these areas.  Most burglars are in and out of the house in less than five minutes.

Look at this list and figure out a way you can slow the burglar down by not keeping these in plain sight.  I rarely see burglars go into basements, look through kitchens, or spend much time in kids’ rooms.  Maybe those locations are a better place to secure your valuables?

I think this research report provides some excellent information.  If you get a chance, take the time to read the whole study.