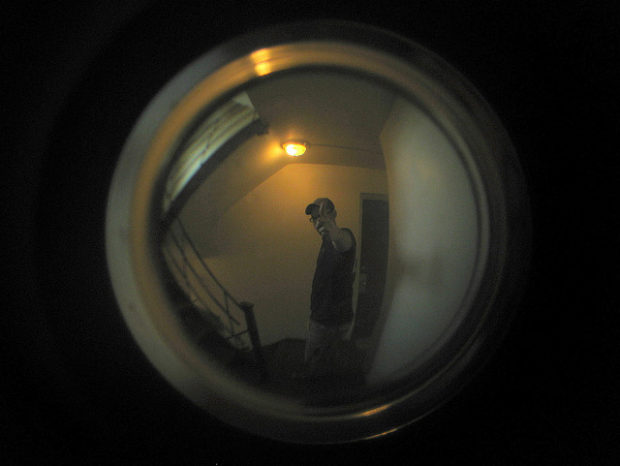 Last week, I was reading some of the court documents regarding the Jayme Closs kidnapping.  If you are unfamiliar with what happened, a man saw 13-year old Jayme Closs getting off the school bus one day.  He decided that he had to have this girl.  Later that night, he appeared on Jayme’s parents’ front porch.  When Jayme’s father looked out the door peephole, the kidnapper shot him through the door with a shotgun.

He then killed Jayme’s mom and abducted Jayme.  She escaped 88 days after the abduction and the suspect has been arrested.  If you would like more information about this incident, read Complaint in Jayme Closs case could be road map for prosecution

This case got me thinking.  I’ve read many accounts of victims who were shot through the door of their homes while answering a doorbell or looking through a peephole.  A simple Google search on the term “shot through door” will yield over 25,000 hits.  It happens with an alarming frequency. 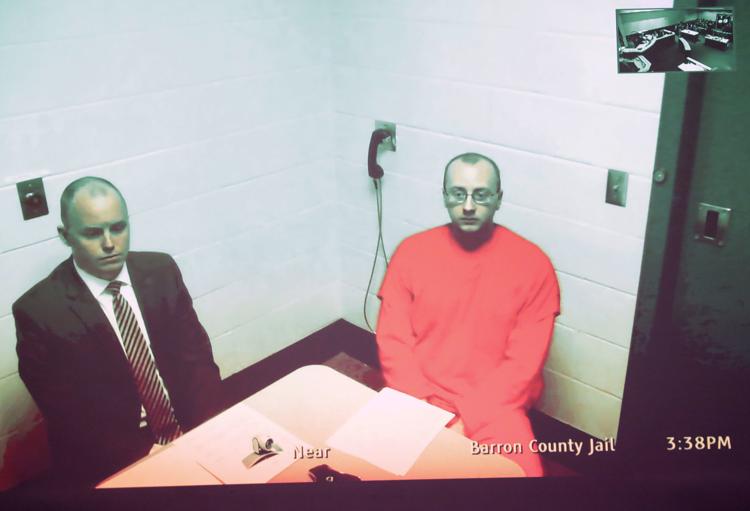 It pays to protect yourself any time you hear a knock at your door.  Here are a few tips to help you handle a stranger on your front porch….

1) Lock your doors. Make sure you have quality deadbolts with long (at least two inch) screws securing the door hardware to the frame of the door.   Almost any residential door can be opened with enough force. A criminal can easily break into most houses with just a kick or two against the door.   It’s much harder to do that when you have quality deadbolts and long screws attaching the door hardware to the nearby construction studs.

Keep your screen or storm door locked as well.  Screen doors usually open OUT.  They can’t generally be kicked.  They need to be pried.  If your attacker doesn’t have a pry tool, he’s out of luck.  He’ll never even get the chance to test your deadbolt and mounting hardware.

2) Verbal Challenge.  Many homeowners will just stay silent and ignore the suspicious knock on the door.  I think that’s a bad idea.  Most of the burglaries I investigate start with a knock at the door.  The burglar doesn’t want to encounter an armed homeowner.  He’ll knock at the door before he breaks in just to ensure there is no one home.  When you don’t answer, he goes around to the back side of the house and breaks in.

Ignoring the knock at the door could actually INCREASE your risk for burglary.

A better option is to loudly ask: “Who is it?” Even a “Go away!” would suffice if you aren’t in the mood to be bothered.  The absolute best verbal challenge is probably saying something like this:

“I can’t talk right now, I have company.”

Bad guy gets the message that you are home and are not alone.  He’ll move on to easier pickings.

3) Don’t backlight yourself.  If you decide to check the peephole, make sure all of the lights behind you are turned off…even in the daytime.  As a cop, I watch the peepholes of the doors I knock on.  When people look through a peephole with a light behind them, they appear like an eclipse.  The shadow they create is clearly visible to someone outside.  That lets the potential attacker know exactly where you are and gives him a target to shoot at if he so desires.

In today’s era of rapidly evolving technological sophistication, having one of those camera doorbells (like The Ring) starts making more and more sense.  Doorbell cameras are becoming cheaper every day.

It might be a good idea to invest in this technology if you have lots of strangers ringing your doorbell.  The Ring (or similar camera doorbell) allows you to interact with the person on your porch from a position of safety elsewhere in the house.

It’s best to stand on the “long wall” next to the door.  With the exception of split-level homes, one side of the door will be adjacent to a longer wall.  On the opposite side of the door you will find a corner.  You don’t want to limit your movement by standing in the corner.  Get to the wall side so that you have a faster escape route that doesn’t involve you running past the front door when a criminal starts shooting.

5) Don’t open the door if anything is suspicious.  This goes without saying, but I see crime victims violate this rule all the time.  You don’t need to open the door to “see what’s going on.”  Trust me, there are some things you really don’t want to see.  If there is suspicious activity outside your door, seek cover and call the police.

Don’t fall prey to The Need to See.

6) Remain alert.  As  mentioned in point number two, sometimes criminals will knock on the front door and then break in the back. Occasionally, teams of criminals use the knock as a distraction technique.  While you are dealing with the potential threat at the door, the second criminal is entering the rear of the house.

Any time I get a knock at the door I use the windows to conduct a full 360 degree scan of my house, looking for additional threats before I answer.

It’s even easier to “check the perimeter” if you have security cameras outside of your house.  Instead of moving around and giving away your position every time a curtain moves, you could be locked in your safe room watching things play out with an app on your cell phone.

Follow these rules.  If you do, I probably won’t be seeing you in my news feed under a headline that says “Homeowner Shot Through Door.”