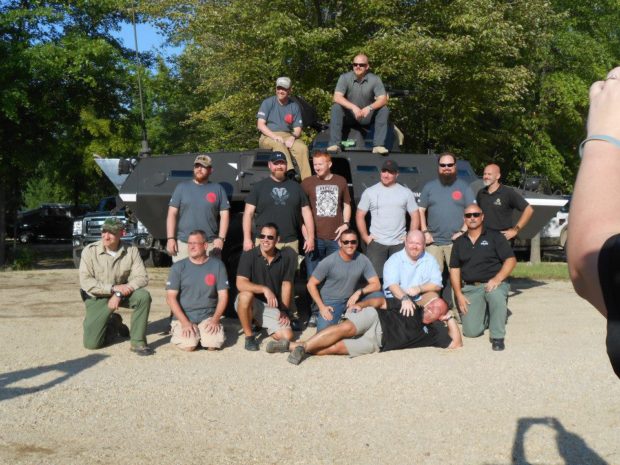 Last year I shot 6,531 rounds in training.  I spread those rounds over 48 different shooting sessions.  That is almost exactly the same amount that I shot last year.  It’s less than previous years, but that is to be expected. When my police department got rid of my training position and moved me to the street, I lost a lot of practice opportunities that I would usually get while demonstrating drills for students.

It’s interesting to note that only 1225 of those 6500 rounds came from police “training” provided by my department.  That includes shots fired from rifle, shotgun, duty handgun, and all my off duty/backup handguns.  I know a lot of you cops reading this would kill to have a department that provided more than 1000 rounds a year for training.  Many departments only provide enough ammo for the 25-round annual state qualification test.  1225 rounds may seem like a lot, but it is roughly 1/3 of the amount that officers fired when I was the full time training officer.  When budgets are cut, training suffers the most.  I can see a steady decline in my fellow officers’ shooting skills after training was cut.  I barely made improvements after shooting 4,000 additional personally-purchased rounds.  Officers who don’t supplement their department provided training with their own efforts will not be adequately prepared for a lethal force confrontation.  Shooting one to four times a year just isn’t enough to sustain a high level of competency.  All you police officers out there need to be doing some more shooting…even if the ammo has to come out of your own pocket.

I met my goal of at least 500 rounds per month.  I did not meet my goal of at least twice a week dryfiring.  My skill levels with the pistol have remained high and are continually improving.  I’ve been starting every training session by doing the “Humbler” drill.  My accuracy and trigger control have benefited.

In 2015, I’ll be keeping my livefire shooting to around 500 bullets a month.  I’m going to finally admit defeat on the dryfiring efforts.  I have to admit that I absolutely hate dryfiring and there hasn’t been anything that can motivate me to do it regularly.  More efficient live fire practice is my personal plan for improving shooting performance.

In 2014, I took 112.5 hours of professional training from other instructors.  I met my goal of getting at least two weeks (80 hours) of training in the books.  I took the following classes:

I know many of you think that 80 hours a year isn’t enough training for a professional.  It really depends.  Earlier in my training career, I averaged more than 300 hours a year of professional instruction.  As I progress, I see less and less benefit obtained for each hour of training conducted.  After completing nearly 4,000 hours of professional training in my career, I’ve already seen most of the good stuff out there!  Taking a week-long class to get just one new technique isn’t a productive use of my time.  I’m going to maintain my 80-hour training commitment in 2015 and focus my efforts on attending classes that are outside my skill set and will help me grow as an instructor.

I believe self study is even more important than taking classes.  I learn A LOT from reading books.  It seems to be a losing battle getting Americans to read more, but I don’t think there’s a better way to get smarter about any chosen topic.  In 2014 I read 155 books.  All but 16 of them were non-fiction.  I usually read about 150 books a year, so 2014 was just about normal.

If you want to read more, get rid of your television!  I got rid of TV in my house almost three years ago.  It was a great move, giving me much more free time to read, write, and live.

In 2014, I taught a total of 25 classes on my own and two more as a co-instructor at TDI.  I had 469 students in my own classes and an additional 48 in the classes I co-taught at TDI.  That’s a 35% increase in both number of classes and number of students taught.  I’m happy with that level of growth.

I also presented at two professional training conferences, The RangeMaster Polite Society Conference and Paul-E-Palooza II.  I assisted with a presentation at the Lone Star medics Conference. 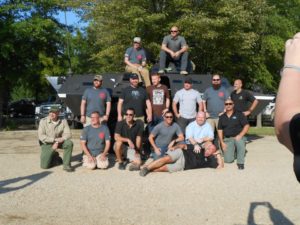 This met my goal of teaching 18 classes and presenting at one major training conference.

This year I plan on reducing the number of training classes I teach.  Teaching 27 classes last year in addition to writing a book, running a website, and having a full time cop job is a little too much work for me.  I want to teach somewhere around 20 classes in 2015.  I will be presenting material for The Rangemaster Tactical Conference next month and the Lone Star Medics Conference in March.  I have 18 classes already booked and am working on finishing up the details for at least two more, so it looks like I’m already there!

I put up this website in March of 2012.  In less than three years’ time it has far exceeded my expectations.  I’m averaging about 40,000 unique viewers and 250,000 pageviews a month.   My total pageviews increased by 86% last year and will cross the five million mark next month.  In speaking with professionals in the field, these seem to be very good numbers for a three-year old website in a small niche like combatives training.  I’m happy with them as I built the site entirely myself without any assistance or previous website development knowledge!

I posted 235 different articles containing 205,165  total words.  I wrote most of the articles myself, but I had eight articles written by guest writers. Ron Borsch wrote two articles, Jonathan Willis wrote two articles, and Clay Smith wrote one article.  My lovely girlfriend Dr. Lauren Pugliese contributed three articles for the site as well. My goal for 2014 was to publish at least four articles a week and have more guest writers.  Goal accomplished!

For 2015, I plan on publishing at continued rate of at least four articles a week and incorporating more guest content.  If you can write clearly and have something useful to say, get in contact with me.  If I think your article will be of interest to my readers, I’ll publish it here!

Special thanks to all my referrers.  Web traffic would not be nearly as high without you spreading the good word.  You’ll be interested to note that 18% of my web traffic comes from Facebook.  Thanks to all of you who share my articles on your pages!

After Facebook, YouTube and Google, the following referrers generated the most traffic for me.  Each were responsible for more than 1000 new unique viewers.  Go check out their sites.  They have lots of great information!

In 2014, I only published one magazine articles for print outlets.  It was a piece on Glock maintenance for Concealed Carry Magazine.  Overall, I think print gun writing is a dying vocation.  I won’t be focusing my efforts there in the future.  The return on investment just isn’t as high as with my writing on this site.

I had numerous articles reprinted on various websites including Buckeye Firearms’ site and The Daily Caller.  My work is syndicated on several sites including Beforeitsnews.com.  I think wide syndication of my material gets the word out better than focusing on print writing, so I will be doing more of this in the future.

I had planned on getting my third world travel safety book out by July of 2014.  That obviously didn’t happen.  As I wrote, I kept adding and adding to the content.  It is almost complete now and is over 350 printed pages.  The rough draft will be finished in a couple weeks and I plan to get it out to Beta readers soon.  Look for it on Amazon in March or April!

I have three other books that are in their infancy, but they should be finished in 2016.

Although it isn’t directly related to training, I think travel is extremely important.  I’ve learned far more about dealing with people (aggressive or otherwise) in my world travels than I ever have at a formal training class.  Travel also teaches adaptability, which is a critically useful survival skill.

My general goal is to spend about six weeks a year outside the USA.  I came very close this year.   I spent five weeks out of the country and one additional week camping in some of the harshest desert climate on the planet in the Black Rock Desert of Nevada.  In my travels, I made it to five new countries: Nicaragua, Australia, French Sint Martin, Dutch St. Maarten, and the island of Saba.  Overall, I racked up 38,420 miles of air travel.

I started out the year with a week in Nicaragua. 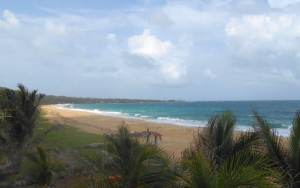 The beach we had all to ourselves on Big Corn Island

I spent nearly three weeks in Australia cuddling Koalas, snorkeling the Great Barrier Reef, and hiking in the Outback. 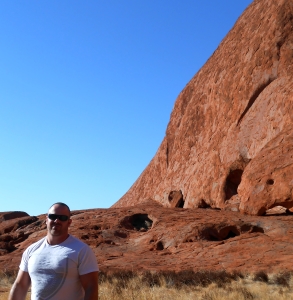 In front of Uluru, the largest rock in the world

And then finished the year with a week in St. Maarten and on the island of Saba. 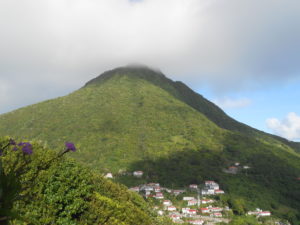 Mt. Scenery on the Island of Saba

This year I will be making a repeat visit to the Dominican Republic, heading back to Southeast Asia, and going to Peru to study plant medicine with an Amazonian shaman.  I’ll be going to one more (soon to be determined) country as well.  My overall goal is to see 50 different countries before I turn 50 years old.  With 37 now, I’m getting close!

If you don’t currently travel, I would highly recommend taking a trip someplace fun.  There’s a huge world out there to see!  What good is developing your ninja-like tactical skills if you don’t ever go anywhere to put them to use?

How did you do in 2014?  What are your goals in 2015?   Think about it for yourself and WRITE IT DOWN!  Share your goals in the comments below if it will provide extra motivation.  If you would like to see me offer some different classes or suggest a topic for an article, please add your comment below!