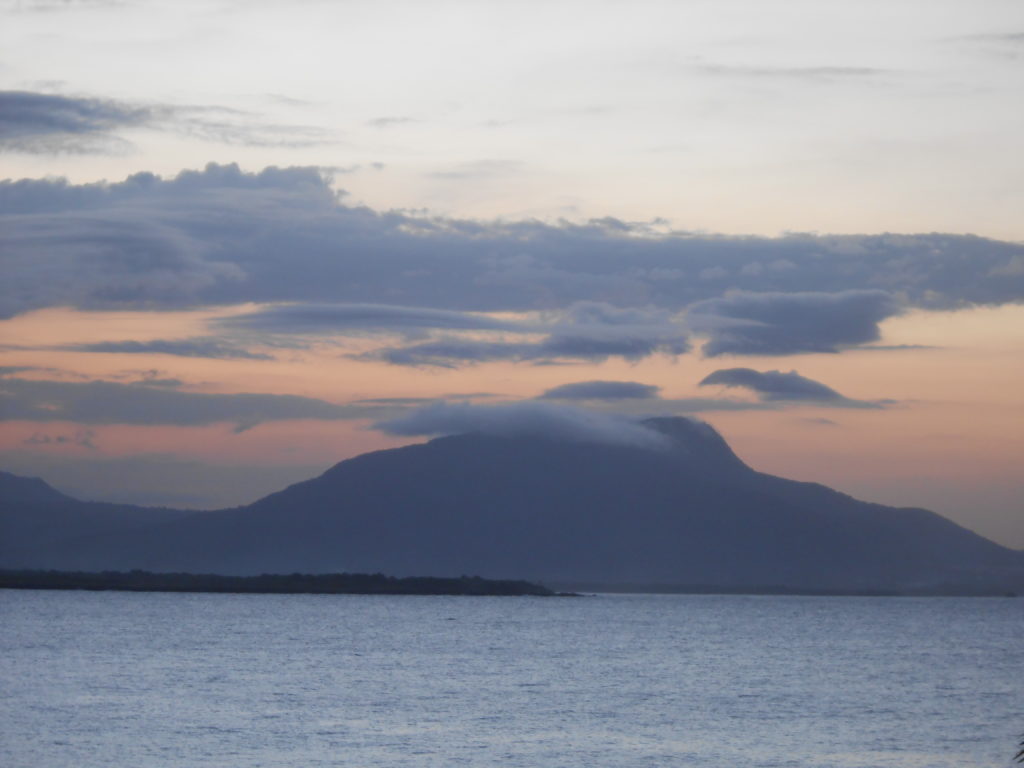 If any of you noticed last week’s repeated (albeit updated) articles, it was because I took a quick vacation to the Dominican Republic.  Some friends visit the island every year and they invited me to go along.  I had never been there before and it sounded like fun, so I hopped on the plane.

It was only a five-day trip, but I had a great time.  I’ve spent lots of time in other Latin American and Caribbean countries, but it was my first time in the D.R.  The people were very friendly and my subjective impressions were that the island was safer than Jamaica, Mexico, or any of the Central American countries. 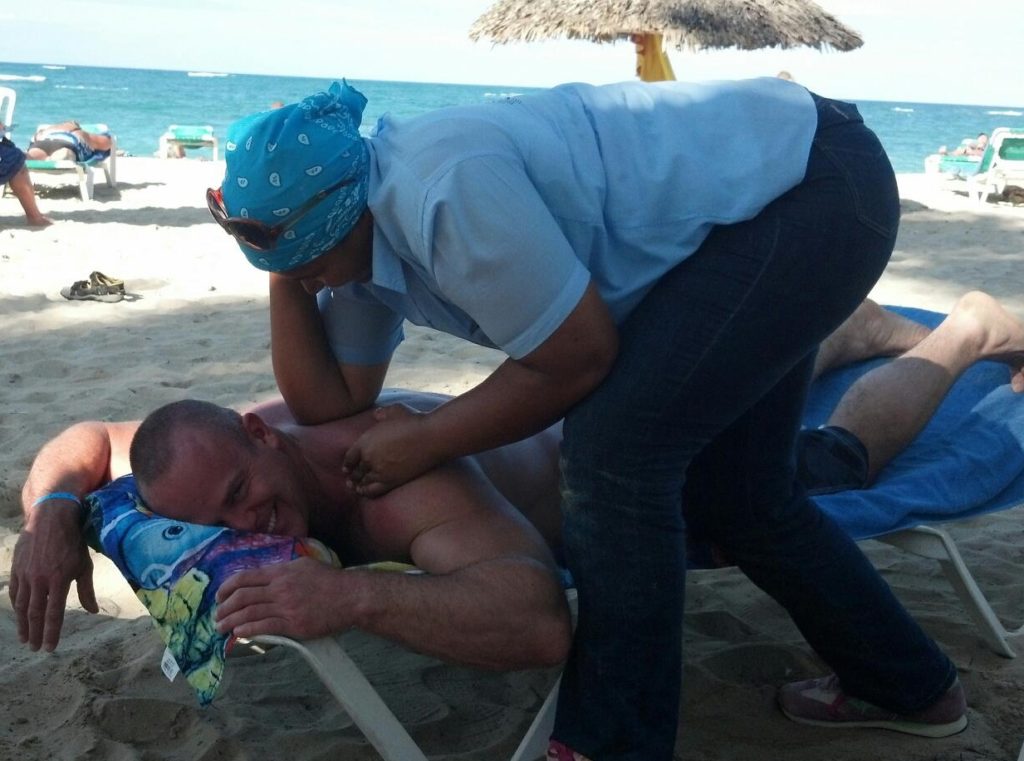 Me, practicing my defenses against surprise spearing elbow strikes…or maybe I’m getting a massage on the beach.

The only safety issues I encountered during my brief stay were driving related.  There are some crazy drivers down there!  That little island certainly ranks in the top five worst places to be on the road.  It’s every bit as bad as Cairo or Bangkok.

There were fewer police patrols, roadblocks, and armed security guards than in most Latin countries.  The only obvious signs of crime that I witnessed were the massive numbers of prostitutes walking the street in downtown Sosua in the evening.  I was surprised that there were more street walking ladies in that town than even the busiest red-light districts in Thailand.

The trip was pretty short, so there weren’t any epic adventures to report.  I stayed on the beach in Puerto Plata and visited Navarrete and Sosua nearby.  One of my friends is planning on importing his own brand of Dominican cigars, so we went to visit a local cigar factory where he plans to source them.  Although I don’t smoke, it was cool getting a personalized tour from the factory manager and learning how cigars are made. 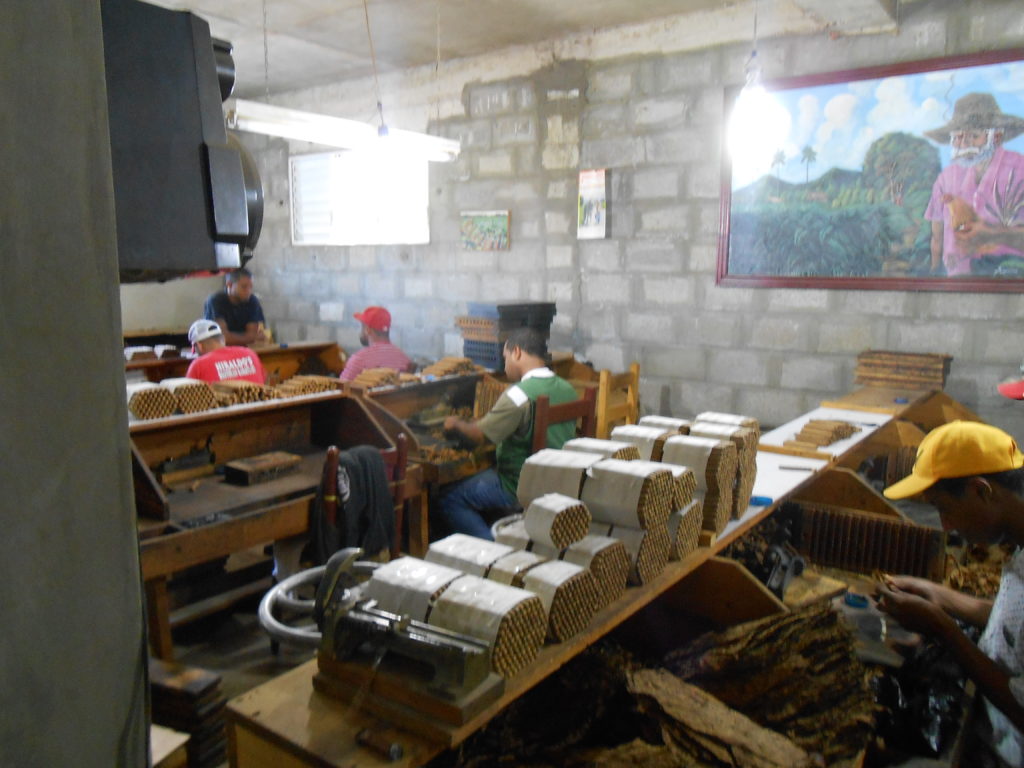 Inside the Dominican cigar factory

I didn’t get too much into the gun situation down there, but I did talk to a few local gun owners about firearms laws and access on the island.  There are two gun permits issued by the government.  One allows you to own a gun, keep it in your house, and carry it in your car.  The other allows you to carry the gun on your person in public.  Both permits can be acquired by any Dominican citizen or legal resident.

One of the taxi drivers with whom I spoke had both.  He said that each permit cost around $200 US and both required a police background check, drug test, and psychological exam before issuance.  There is no training requirement for either.  The driver said that it is fairly easy for anyone to get the ownership permit, assuming they have the money (which is no small obstacle in a country where the average annual income is less than $5000 US).  The carry permit requires a demonstrated “need”, generally having an occupation which makes one prone to being robbed or attacked.

Although I didn’t get to visit a gun store, two guys I talked to said that legal guns were extremely expensive.  They both quoted figures of $6,000-$7,000 US for a legally purchased Glock pistol.  According to them, a cheap .38 revolver costs around $2000 US if purchased in a gun store.  They  told me that most guns in the country are illegally purchased, having been smuggled in over the Haitian border.  On the streets, these smuggled guns go for $500-$1000 US…far cheaper than their legal counterparts.

The police are nationalized and they carried what appeared to be 3rd Generation Smith and Wesson 9mm autopistols in cheap nylon holsters.  None of the cops I saw carried a long gun (although I saw a couple of M-16 A1s carried by guards on a military base) or spare magazines.  I saw a couple of pistol-gripped pump shotguns carried by security guards posted outside some banks.  All of the other armed security guards I saw were carrying beat up 4″ .38 revolvers and no spare ammo.

I only got to see a tiny part of the country, but I had a good experience.  Their tourist economy has taken a hit recently and things are cheap.  Consider it for your next trip…I’ll be going back again! 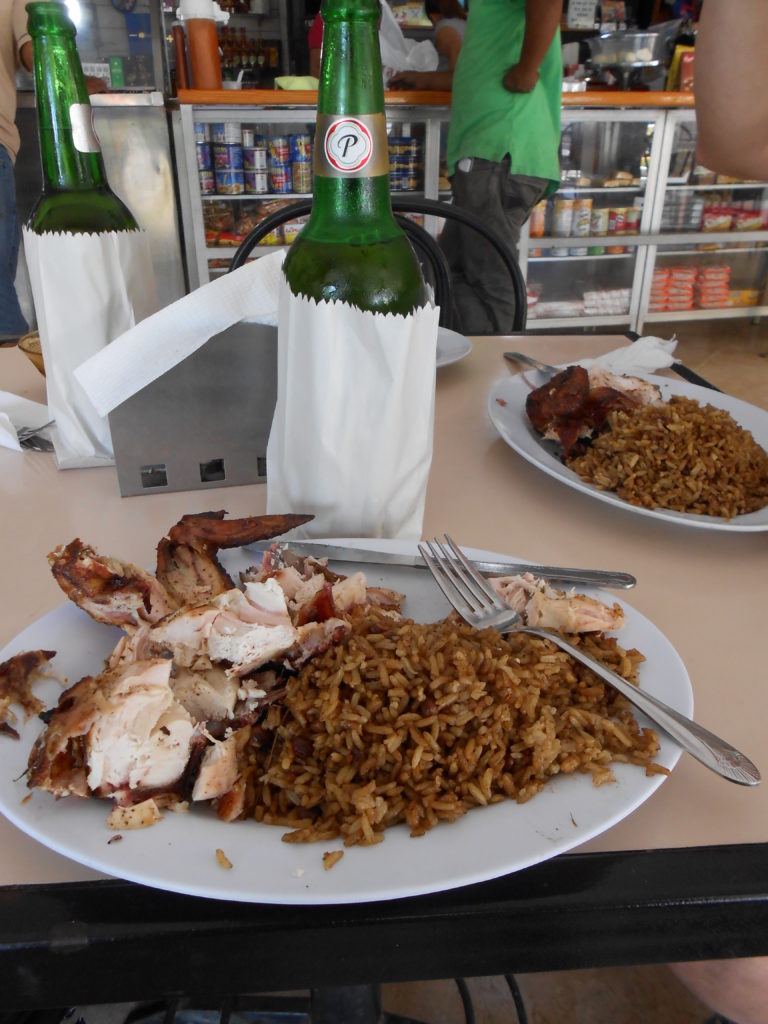 Half a chicken, rice, beans and a big beer. Six of us ate this lunch at a roadside restaurant in Navarrete. The total cost was $22.75.

Since I don’t write when I’m on holiday, and I taught a groundfighting class at TDI all last weekend, the blog postings will be a little sparse for a couple days.  I should be back to speed next week!