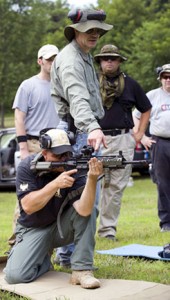 The Tactical Defense Institute is closing up on a banner year of training.  Almost every course has been sold out and the instructors are working hard.

One instructor, John Motil, took the time to write up some of the “lessons learned” from that tactical rifle classes that they taught at TDI this year.  I think my readers will be extremely interested in his opinions about rifles and rifle training.  Here’s what John has to say….

We had a busy year with the Tac Rifle classes at TDI.    Most of the manufacturers are putting out good guns and we really didn’t see any problems traced back to any specific manufacturer.  We did have one parts gun destroyed by Freedom Munitions 55 Grain Hornady V-Max remanufactured ammo. I have never heard back from the individual to see if they compensated him for the shattered bolt and carrier, magazine catch, and bulged upper receiver.  An internet search yielded no results for any other problems from Freedom Munitions.   I have seen their ammo in other classes since that incident with no other problems.

Mismatching ammunition to the student’s rifle rate of twist has been an ongoing problem.  We don’t know what type of twist rate every company is putting on various models,  so please check your owners manual or outside the shipping box. Please verify that the ammo you purchase will work with the barrel you have installed.  We can’t determine if it an ammo issue is we don’t know the twist rate of the barrel.  The new 1:8 barrels seem to striking a good balance and seem to work with the largest variety of ammo.

We continue to recommend students avoid “Frankenguns” (home built AR-15s using parts from a variety of manufacturers).  You’ll also want to stay away from any aftermarket piston conversion kits.  We had an Alexanders Arms piston conversion system installed incorrectly. The gas was cut off when the gas block moved under recoil. Make sure you gunsmith is countersinking the set screws or doing some type of cross pinning so the gas block doesn’t shift. This student was lucky since he brought his old parts and we just converted the gun back to direct impingement.

One area we did have problems with is aftermarket triggers.  If you want to upgrade your Tactical Rifle, stay away from any trigger with  set screws that may come loose at the worst possible time.  We had two Timney triggers that came out of adjustment during class resulting in an unsafe condition.  The Geissele triggers seem to be the best for the money.  If you can’t afford a Geissele the ALG Defense triggers are made by the same parent company without the same level of polishing.

Magazines were pretty much a three-way split, Magpul, Lancer, and various aluminum GI mags were used throughout the courses. I had a loaded aluminum GI mag develop cracks in the rear of the mag body where they bend over to hold the cartridges. This magazine was not used much but kept loaded for a long time.  I saw a few Magpul problems, one was caused by a using stripper clips to load the mag and the front of the round slipped on the opposite side of the divider causing the jam. I think the Lancer Smoke colored mags had zero problems.

One consistent problem we did see is students filling magazines to the full 30 round capacity.  I don’t consider this a magazine problem, it is operator error. I don’t care what the website or salesman says about your nifty gee whiz ammo feed device, don’t load 30 bullets in it! OK, if you have a new Surefire 60 or 100 round magazine go ahead and load 30. Not too many guns are going to strip the top round off of a full 30 round and you probably won’t seat a full 30 round magazine during a tactical reload.  One other problem in this area in the students forgetting to tug down on the magazine to verify it is seated.  Ohio limits magazine feed to devices to no more than 30 rounds!  The most popular mag carrier was custom Kydex or the ITW Fastmag. 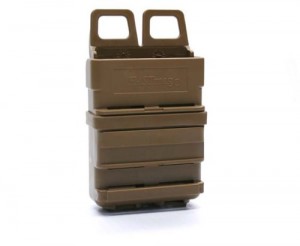 Optics were well represented by  Aimpoint, Bushnell, EO Tech, Trijicon and Vortex.  We didn’t  see as many EO Techs fail during class as in the past,  but we did have quite a few students contact us after class describing EO-Tech problems.   They commonly fail to zero, fail to hold zero, or the display decides to shut off without user input.

The VORTEX optics that are similar to the Burris Fastfire should be zeroed prior to class.  We didn’t have adequate time to keep playing with the windage and elevation locks so the student just bought an Aimpoint Patrol Rifle Optic.  Any optic that has those locks can cause a real headache.  The adjustments just don’t track and you can burn through some ammo getting them zeroed.  When you set up your optic to co-witness with your iron sights you want a bottom third co-witness, meaning your red dot is above your iron sights. If your red dot fails you just drop your head down and your irons are ready to go! We also did see some optics that were mounted so high it was impossible to get a good cheek weld.  Flat-Top upper receivers are cheap and plentiful, if you have an old carry handle upper it might be time for a replacement. 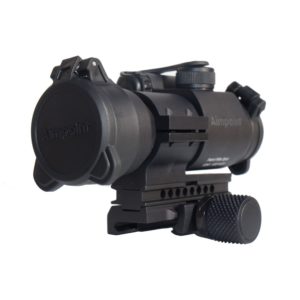 The Aimpoint PRO, my (Greg’s) top choice for a cost effective red dot optic. Around $400 with mount included.

I will say this again, muzzle brakes and compensators have no place on fighting rifles.  If you won’t listen to me just ask Paul Howe, ex Delta Operator, and one of the men involved in the Blachhawk Down incident in Somalia.  If you’re a 3-Gun shooter and winning matches by  .1 second I can understand the muzzle brake or compensator.  Just leave that gun at home in your gun safe! A good old A2 Flash Hider will suffice.

Muzzle brakes and compensators provide nothing in the way of hiding your muzzle flash in low light and the blast generated to the side, rear, and upward will probably do more harm than good to you inside a room.  Suppressors are gaining popularity and we have no problem as long as you bring your paperwork and check with the ATF if you’re traveling from another state.   I will use this as a transition to my next area, care and cleaning. If you are running a suppressor on a direct impingement rifle you better clean the gun often or keep the bolt lubed!

Care and cleaning wasn’t much of a problem this year. There are so many good cleaning kits out there and products to make the job easier.  Just make sure you have a chamber brush and mop, especially if you run lacquered steel cases.  We had a few rifles that were failing to extract and ran a chamber brush through the gun and checked the extractor spring. I had one gun missing the insert on the extractor spring.  Every time you clean your rifle you should be checking the tension on the extractor pin, if you don’t have to squeeze the extractor to remove or install the pin you probably need a new spring and insert.  If you are running the O-ring or Defender D-ring they don’t last forever and are cheap enough to replace every year.

SLIP 2000 is still the standard lube we are recommending. I am still testing the FIRECLEAN and I am hoping it will start conditioning the bolt so I can just wipe the carbon away. Keep an AR wet and it will run even when dirty.  We had a suppressed rifle seize up from lack of lube, the bolt carrier would not move and was stuck back in the buffer tube so I couldn’t open the rifle. Luckily I had a aerosol can of Ballistol and that worked its magic.  That was firearm abuse as far as I am concerned, the guy probably kicks dogs too!

Slings….they all suck! The Blue Force Gear s Vicker Combat Application Sling is the most popular model . Even though I sell a bunch to students,  this year many students came to class with this sling! I am glad that people aren’t wasting money on single point and 3 point slings. Most issues were helping them get the slings installed correctly with the proper placement or hardware. You can’t mount these slings on the bottom of the front sight. It will twist the magazine into your torso.  One area we all need to work on is our gear placement when running our sling.

Lights seem to be improving and lumens continue to increase. We went from the old 65 lumens of the incandescents  to the 500 lumens with the  new LED lights.  Surefire lights continue to set the standard for AR weapons lights with an amazing selection of lights, mounts, and switches. The new kid on the block is Inforce. Their polymer  lights are producing 400 lumens on one CR123 Battery.  Just be careful, you don’t want a light that will do low or strobe when you are wanting max illumination!  The best method we have seen of mounting the white light is at 12 o-clock in front of the front sight tower.  No wires or tape switches  to mess with!

I would like to thank John for his contribution!  He made a lot of very important observations!  In addition to instructing at TDI, John Motil also sells a variety of high end rifle and handgun accessories.  If you need sights, optics, triggers, lights, or slings, send John an email at Motilj45 (at) yahoo.com