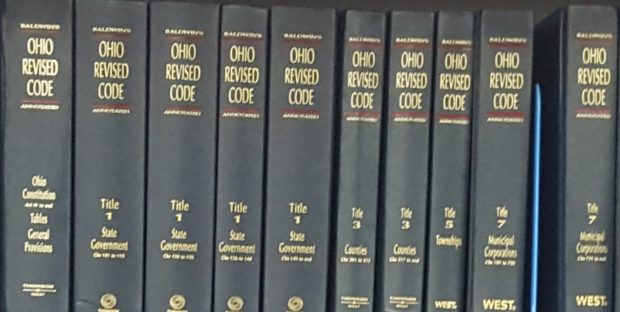 Last week I received three different emails from readers and former students regarding Ohio’s often confusing knife laws.  If I’m getting this many inquiries on the same topic, an explanatory article is in order.

Keep in mind, I am not a lawyer.  As such, this is not legal advice.  After 22 years as a cop in Ohio, I do have some experience arresting people for carrying weapons.  Don’t consider this legal advice, consider it my best recommendations for not ending up in handcuffs in the back seat of my police car.  I am eminently qualified to provide that kind of information.  Also, like any other information on this site, this is my personal opinion and does not reflect the opinion or interests of my cop bosses or the city which employs me.

The primary confusion about the knife law in Ohio is that there is minimal clear cut statutory guidance about the difference between a common pocketknife carried for utilitarian purposes and a “deadly weapon” that is illegal under the law.

Let’s start with the basics.  In the Ohio Revised Code, section 2923.12 deals with the laws regarding the carrying of concealed weapons.  The law states:

A) No person shall knowingly carry or have, concealed on the person’s person or concealed ready at hand, any of the following:

1) A deadly weapon other than a handgun;

2) A handgun other than a dangerous ordnance;

Since knives aren’t “handguns” or “a dangerous ordnance“, the legality of carrying a concealed blade falls on whether or not that knife is considered a “deadly weapon.”

In the Weapons Control definitions section of the Ohio Revised Code a “deadly weapon” is defined as follows:

” “Deadly weapon” means any instrument, device, or thing capable of inflicting death, and designed or specially adapted for use as a weapon, or possessed, carried, or used as a weapon.”

This is what is the biggest issue for most people.  Under this definition, almost anything could be considered a “deadly weapon” under Ohio law.  If I ram a sharpened #2 pencil into your eye socket, it may be “capable of inflicting death.”  In using a pencil in this manner, I have most certainly “adapted it for use as a weapon.”  Thus, under Ohio law, it may be illegal to carry a concealed pencil.  With such broad definitions it makes it difficult for citizens to know what is legal and what is not.

Here is my best advice…

First, the easiest option is to avoid concealing the knife.  Look at the law again.  In order for a deadly weapon to be illegal, it must be concealed.  Open carry of deadly weapons is legal under Ohio law.  Just like open carrying a pistol is legal, open carry of any type of knife is legal as well.

The entire knife doesn’t have to be visible in order for it to be considered “unconcealed.”  Various pieces of case law generated throughout the state have noted that if any part of the knife is visible, it is not concealed.  For most people, carrying a folding knife clipped to a pocket while walking in public is essentially “open carry” and considered legal.

It is only when the knife is “concealed” does the issue come down to whether or not the knife is a “deadly weapon.”  If your knife is considered a “deadly weapon” it is illegal to carry concealed under Ohio law.  Unfortunately, we don’t have clear cut guidelines differentiating a utility tool from a “deadly weapon.”  The cop who is arresting you will make that judgement and ultimately, it will depend on the opinion of the judge or jury at your trial.

In talking to thousands of cops about this issue in more than 15 years of teaching knife classes, here is a list of features that many cops might use to classify your knife as a “deadly weapon.”  Keep in mind that this list (like the law itself) is very subjective and depends on the individual cop on the scene.

– The name.  If your knife is called the “Throat Cutter 6000“, the cop might consider it a weapon.  Contrast a name like that with the model name for the knife I carry (the Delica).  “Delica” sounds much more innocuous than “Throat Cutter 6000.”

– Blade length.  The longer the blade, the more likely it will be considered a weapon.  Although there are no blade length limits in the state law, I would advise keeping the blade length of any knife you carry under four inches or so.

– Features such as a double edge or automatic opening.

– How it is carried.  If you have an elaborate shoulder rig for your knife or are carrying a fixed blade in a custom inside the waistband sheath, it’s going to look more like a weapon than a pocket knife used for utility purposes.

Even more important than your knife’s features is how you intend to use it.  If your knife is “possessed, carried, or used as a weapon,” it is a deadly weapon under Ohio law.  If that weapon is concealed, you can be arrested.

Your knife can be used to open mail, cut string, or peel fruit.  A fixed blade knife might be a hunting or skinning knife, a “wire stripper,” or an “emergency seatbelt cutter.”  I don’t care what your reason for carrying the knife is, when the cop asks you, you should have an innocuous explanation, even if you are carrying the blade as a defensive tool.

When the cop asks you “Do you have any weapons?” you should not disclose your knife.  Remember, if you are carrying a knife as a weapon in Ohio, it meets the definition of a “deadly weapon.”  A better answer to the question might be “I don’t have any weapons, but I have this pocketknife I use to open boxes I get in the mail.”  Do not state that you are carrying your blade as a weapon, even if that is its intended use.

In practice, 99% of street cops are not trying to arrest you for carrying a knife clipped to your pocket.  If you don’t threaten the cop or anyone else with your blade, most cops won’t make an issue out of carrying a knife, even if you are carrying it as a weapon.  In all my years of being a cop, I’ve never seen a normal, law abiding citizen arrested solely for carrying a knife at my department.  Knife charges almost always are “leverage charges” added on after an arrest for some other criminal act.

Here’s an example.  Let’s say you get drunk and punch someone in a bar fight.  The cop arrives and arrests you for assault.  The cop knows that a misdemeanor assault charge is likely to be plead down to something more minor like “disorderly conduct.”  He doesn’t want that to happen.  While searching you incident to the arrest, he finds a concealed knife.  He then tacks on a “carrying concealed weapons” charge on to the assault.  Now the prosecutor has leverage.  The prosecutor can offer a deal like “plead guilty to the assault and we’ll drop the weapons charge.”  All the cop wanted was the original assault charge anyway.  He doesn’t care that you have a knife.  He just adds it to the list so the prosecutor has some leverage to ensure the assault charge sticks when it’s deal making time.

That’s how I see knife laws being enforced most often in Ohio.  If you don’t do something stupid to get yourself arrested in the first place, the concealed knife seldom becomes an issue.  This is especially true concerning folks with a concealed handgun license.  Most cops understand the irony of arresting you for having a concealed Swiss Army knife when you are legally allowed to have as many loaded pistols as you desire hidden on your person.  It just doesn’t make much sense to arrest someone for having a pocket knife when they are legally allowed to carry a concealed handgun that is a far more dangerous weapon.

Please note, however, that this advice applies to the state law.  Individual cities may have more restrictive local ordinances that limit blade length or other knife characteristics.  It’s always smart to check on your local laws in addition to the state laws I mention here.

Ohio knife law is very subjective.  It is confusing and difficult both to obey and to enforce.  The bottom line is that if you carry a reasonably sized knife, have an innocuous reason as to why you are carrying it, and avoid committing any other crimes that can get you arrested, you are unlikely to have any issues carrying a defensive knife in the state of Ohio 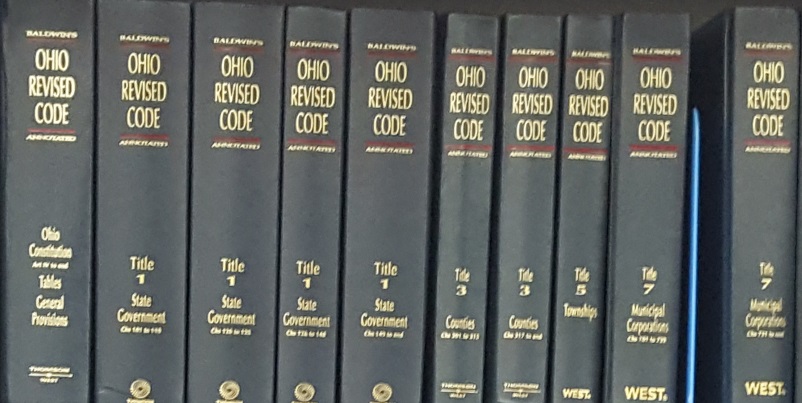