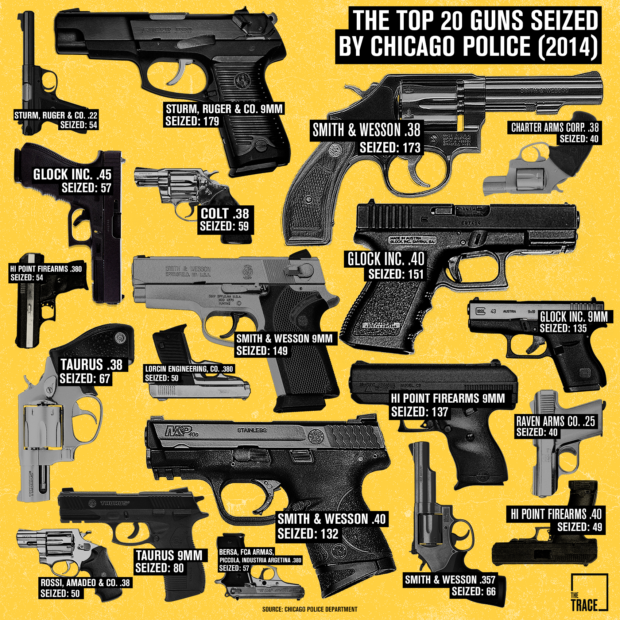 I’ve written before about criminals and the guns they carry.  My study was obviously limited by the relatively small number of guns my upscale suburban police department seizes.  Other police departments seize far more guns than we do.

Currently, the Chicago Police Department seizes the largest number of firearms used in crimes.  I found this article to be incredibly interesting.  It is a complete account of all the weapons seized from criminals by the Chicago Police in 2014.  Astonishingly, they seize more than 6000 guns a year!

So, what kind of guns are they taking off criminals?

It isn’t the ones that are cheap and easy to conceal.  The brands taken most frequently were Glock, Smith and Wesson, and Ruger.  Most of these weapons are mid to full sized duty pistols.  Those handguns are not the cheap and easily concealed “Saturday Night Specials” that criminals stereotypically carry.  Dr. James Wright, in his book “Armed and Considered Dangerous” found that the criminals he studied preferred larger, more powerful, and more reliable handguns over smaller, cheaper, and more easily concealed ones.  This study supports that hypothesis.

If you truly analyze the statistics, it’s really not surprising.  Where do criminals get their guns?  Mostly by stealing the weapons from lawful gun owners.  What guns do lawful gun owners most often use for home protection?  You guessed it, Glock, S&W, and Ruger auto pistols.  It shouldn’t be a shock that these stolen guns are what the criminal is caught with.

The Chicago PD article was great.  Another excellent resource to see the guns that criminals carry is the Baltimore PD Facebook Page.  They regularly show photos of the guns they seize from criminals.  Even more interesting is the fact that they show the ammunition that was carried in the gun at the time it was seized.  Looking through a relative sample shows me that similar to my own study, criminals often carry mixed ammo types and guns that are less than fully loaded. 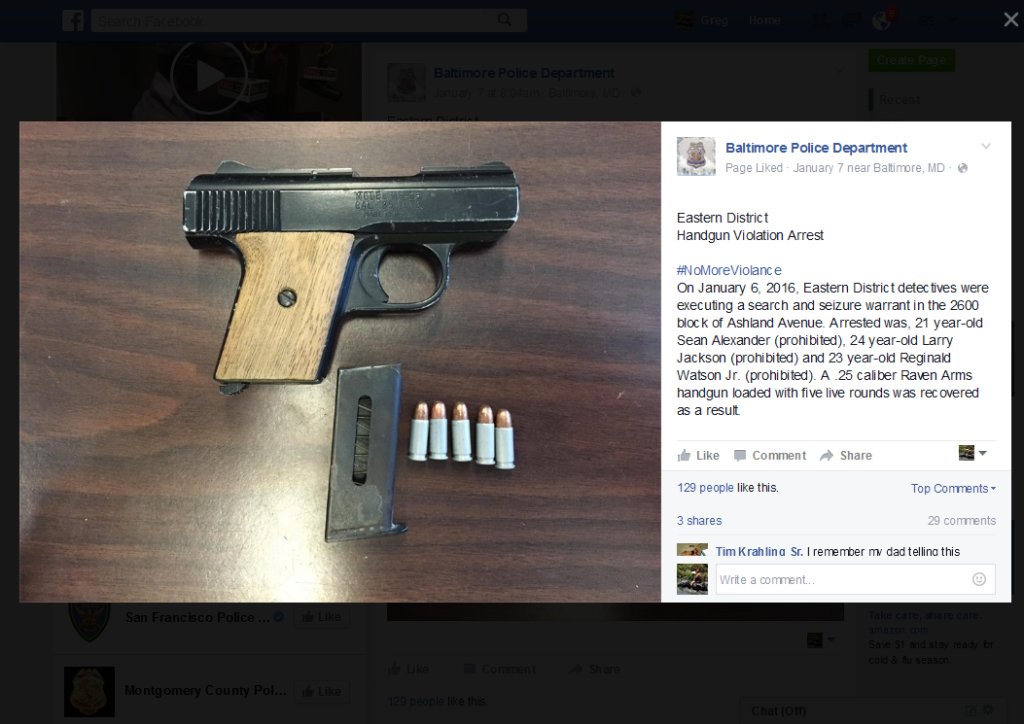 Similar to the Chicago page above, the NYPD Valor Facebook group displays gun seizures from New York City.  They photograph both the criminals’ guns and the ammunition with which those guns were loaded.  It’s a really useful resource.  Someday when I have a little more time in my schedule, I’ll do an analysis of all the NYPD seizure guns and ammunition. 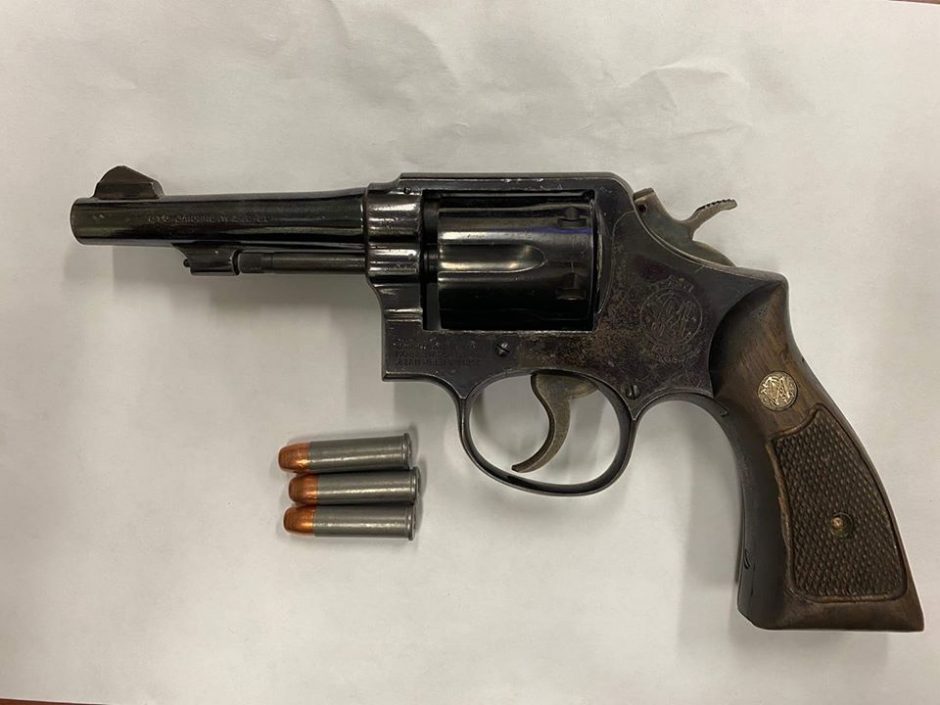 One other trend I would like to mention is when criminals alter the appearance of guns to make them look like toys.  The idea is to cause police officers and armed citizens to hesitate when confronted with one of these “toy” guns.  Criminals will hide real guns inside the shell of toy guns, paint an orange tip on the barrel of their pistol, or paint the entire weapon a bright florescent color to make it appear more like a toy.

Take a look at the picture below.  It is a fully functional pistol gripped shotgun hidden within the shell of a super-soaker water gun.  These are the kind of modifications you should be alert for. 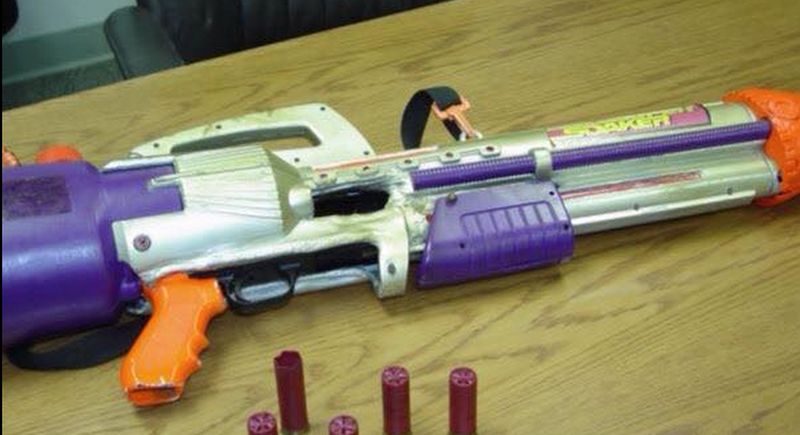 Don’t think that this is some kind of “urban myth”.  Officers in my department were once called out to investigate some suspicious people who were hanging out behind a closed business late at night.  The officers found the men seated in a car in the parking lot.  When officers checked the driver’s identity, they found he had a warrant for his arrest.

The officers ordered the man out of the car and he complied.  As soon as he got out, the officers saw a gun on the floor of the car where the driver had been sitting.  They arrested the driver and seized the gun.  The gun was a stolen .40 caliber Glock 22.  It was loaded with a full capacity magazine and had a loaded 31-round extended magazine as a spare.  Even more interesting is the fact that the entire gun HAD BEEN PAINTED BRIGHT LIME GREEN.  The thieves were clearly attempting to create the illusion that their .40 Glock was merely a toy.

The days of criminals regularly carrying junky .25 autos are over.  Today’s criminals carry full sized auto pistols and will employ every trick in the book to cause you to hesitate before shooting them.