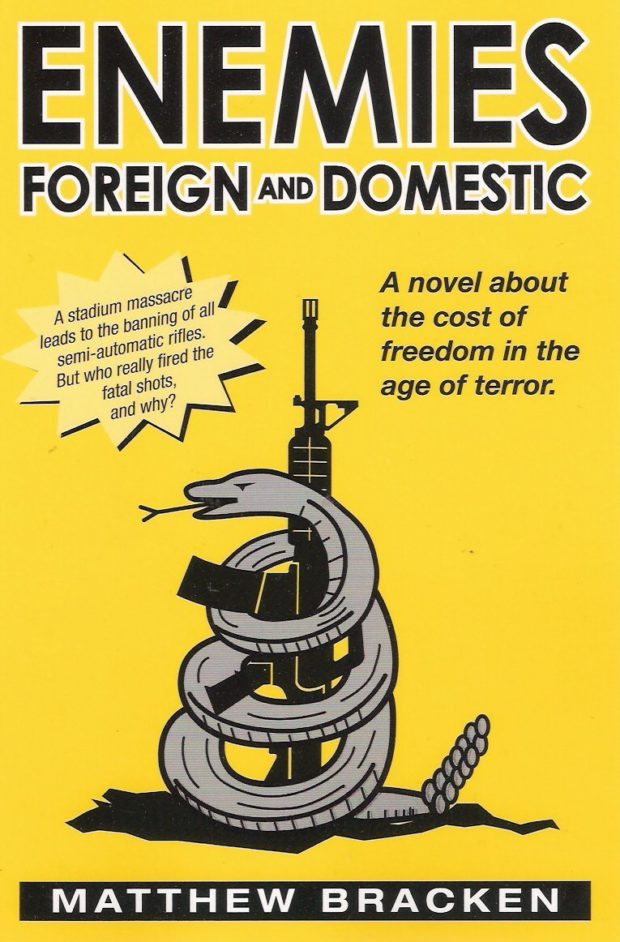 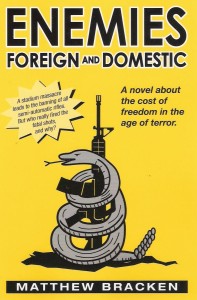 Former Navy Seal Matt Bracken has released his book Enemies Foreign and Domestic as a FREE kindle ebook for the next few days.  Make sure you grab it while you can.

BULLETS RAIN DOWN UPON A PACKED FOOTBALL STADIUM, killing dozens, and triggering a panic stampede which leads to a thousand more deaths. A police marksman kills the sniper, a mentally unbalanced Desert Storm veteran holding a smoking assault rifle. It’s an open and shut case, or so America is led to believe…

In the aftermath of the stadium massacre, an outraged public demands an end to the threat posed by assault rifles, and Congress passes emergency legislation banning their private possession. American gun owners have one week to turn in their semi-automatic rifles, or face mandatory five year federal prison terms.

Jimmy Shifflett, the alleged stadium sniper, is linked to a shadowy “gun club” in southeastern Virginia, which the FBI believes is a cover for a secret right wing militia terror group. Those who knew Shifflett the best don’t believe he was a member of any militia, or that he was guilty of the horrific mass murder.

But if he didn’t fire the “assault rifle” into the stadium, who did, and why?

A small band of Virginians, thrown together by fate, is forced to undertake a desperate odyssey through a minefield of government blackmail, official deception and covert death squads, to discover the truth behind the stadium massacre, and save their own live

I own all of Matt’s books and have enjoyed reading each one.  The themes he writes about will likely resonate with anyone who is interested in the subject matter contained on this site.

Grab it now while it’s free!