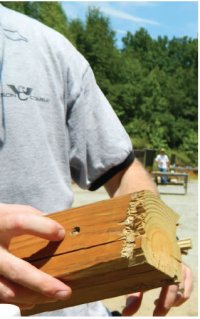 Handgun Bullets: How Do They Penetrate in Home Materials? is an interesting study evaluating how deeply modern defensive handgun rounds penetrate in common building materials.  The data is useful.  The author’s opinions and analysis are less so.

Let’s cut to the chase.  We should not be choosing our handgun ammunition based solely on the fact that it doesn’t penetrate too many interior walls.

The best way to reduce overpenetration is to hit what you are shooting at.  It’s rare that a good hollow point defensive bullet will penetrate through and through on a human torso.  When we do see it happen, the round usually doesn’t have enough power to do massive damage to anyone else  after leaving the offender’s body.

You should buy your bullets based on how quickly they stop the bad guys instead of picking a load that penetrates fewer walls if you miss.  Every good defensive load will penetrate a few sheets of drywall and some pine boards.

The weakest load in this test still penetrated five sheets of drywall.  That’s more than two interior residential walls right there.  And again, that’s with the WEAKEST load the author tested.  Your defensive strategy cannot be just choosing an under-penetrating round and hoping you don’t kill a family member or neighbor if you have to shoot it inside your home.

All of your defensive ammo will go through a few walls.  No matter what bullet you choose, you simply can’t indiscriminately start firing through walls in your house.

Even if your load shows poor penetration in the test results below, it will still go through at least two walls.  Those under-powered bullets will still kill a family member in another part of the house if you miss. 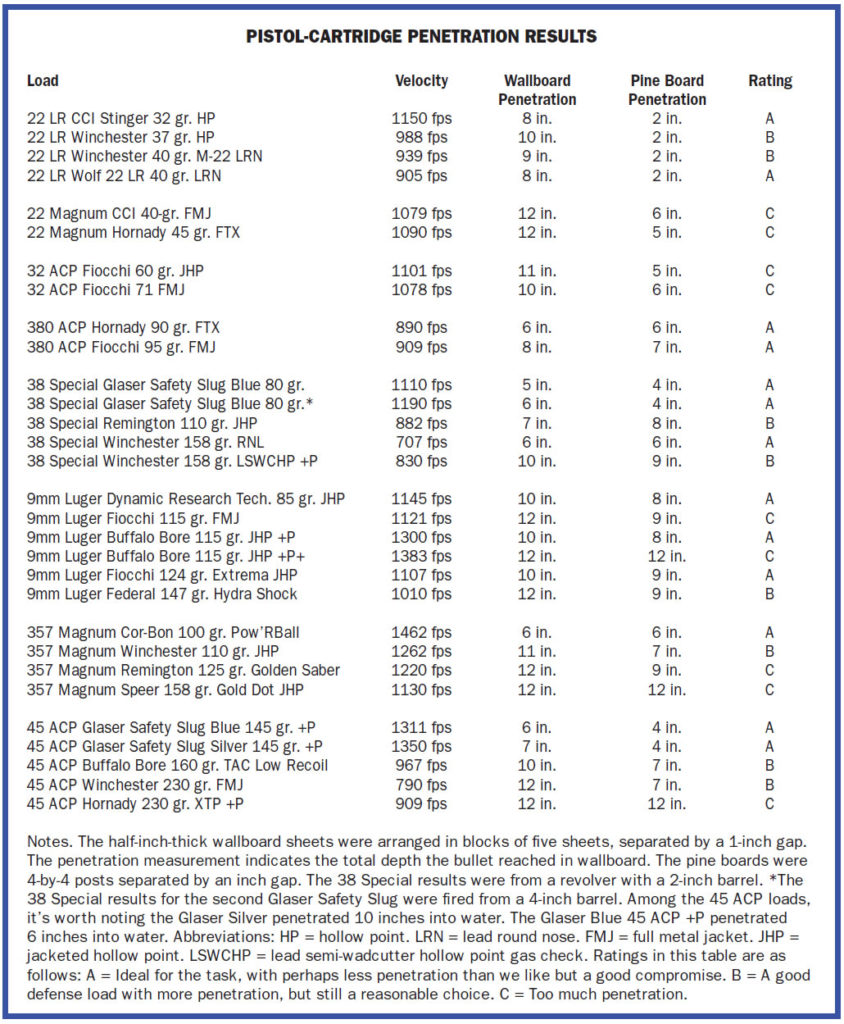 As I stated at the start of the article, the best solution here is NOT to pick a bullet with minimal penetration abilities.

A better solution is to use the most effective loads you can find and lay out safe “lanes of fire” in your residence.

In creating those safe lanes of fire, you are looking for backstops that will physically stop a bullet better than drywall.  In the event of a miss, a book case, a bath tub, or some heavy kitchen appliances will stop most pistol rounds.

Develop multiple positions of ambush to deal with intruders in your residence.  Ideally those ambush spots will place the intruder in between you and a piece of hard cover that will stop a pistol bullet.

There are lots of ways to limit collateral damage from a missed shot.  If you can implement any of those harm reduction strategies, then by all means employ them.

But ultimately, the true solution to the problem of overpenetration is to become more proficient with your defensive firearm.  If you don’t miss, there will be very little need for any other precautions.  Human bodies regularly stop bullets.  Interior house walls generally don’t.

Ensuring that all your rounds hit your attackers’ bodies is a tactic with a much higher success rate than “spraying and praying” with an ineffective defensive load.