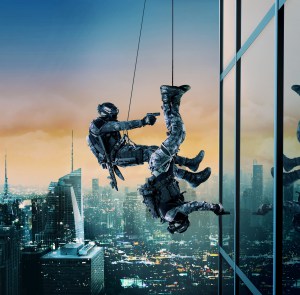 Since the worldwide pandemic began last year, we Americans have been relatively lucky in some regards.  Both terrorist attacks and active killer events declined precipitously.

That decline is coming to an end.  Within the last few weeks, we’ve seen a huge resurgence in the number of active killer attacks nationwide.  I predict we will also start seeing more and more Islamic terrorist attacks on American soldiers as well.

A few days ago, Havok Journal updated and republished an article titled Hostage Rescue In The Age Of ISIS.

It’s a long article and it’s worth your time to read.  Written by a former member of the FBI’s elite Hostage Rescue Team, the author argues that traditional police responses to hostage situations are inadequate to deal the Islamic terrorist hostage sieges we are seeing worldwide.  He’s right.

The biggest problem is that most police administrators remain incredibly ignorant about this topic.  When an ISIS terrorist or team of terrorists takes hostages, it is not the same situation as when a desperate criminal takes hostages after a bank robbery goes bad or when a domestic violence suspect holds his family hostage.  Each criminal’s motivations are different.  Negotiation will work in the “standard” hostage taking event.  It absolutely will get more people killed in an ISIS terrorist takeover.

Look at every event worldwide where Islamic terrorists have taken hostages.  In EVERY event, the terrorists refused to negotiate or used the negotiation time to build better fortifications or attract more media attention.  Every minute spent in negotiation with Islamic terrorists strengthens their position and gives them the media attention they crave.  They don’t want to get away.  They want to kill all the hostages and die a martyr’s death.  Your negotiation tactics just buy the terrorist the time he needs to optimally complete his plan.

Need some examples?  How about starting off with the Beslan school hostage siege.  That’s the most famous event of this type.  The terrorists used the government’s attempts to negotiate solely as a delaying tactic.  While the military was “negotiating,” the terrorists were killing hostages, ringing the school with explosives, and setting up machine gun nests to prepare for the inevitable raid to come. 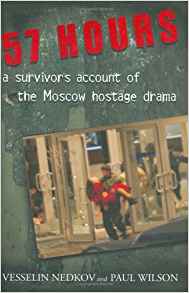 Besides the attacks I mentioned above, Chechen terrorists also used the same “negotiation for fortification” strategy  at the Nord Ost theater attack.  Over a three-day period, terrorists “negotiated” with the Russian government and while doing so, placed explosive charges and suicide bombers around all of the hostages.  They also killed any male or person in power who looked like they might resist.  “Negotiation for fortification” in this incident created 170 fatalities and 700 more injuries.

Even if you couldn’t care less about past worldwide terrorist massacres, check out this latest issue of Rumiyah (the ISIS propaganda dissemination magazine).  Their strategy isn’t a secret.  They are telling us what they want to do.  From an article summing up the latest Rumiyah magazine issue:

“The objective of taking hostages, would-be jihadists are told, is “not to hold large numbers of the kuffar hostage in order to negotiate one’s demands,” but to sow terror with “the language of force, the language of killing, stabbing and slitting throats, chopping off heads, flattening them under trucks, and burning them alive, until they give the jizyah [tax] while they are in a state of humiliation.”

“However, in order for the operation to gain wide publicity and more effectively plant terror into the hearts of the disbelievers, one can keep some of his victims alive and restrained, making for a more lengthy and drawn-out hostage scenario. One may then notify the authorities, explaining to them that he is a soldier of the Islamic State and informing them of what he has just done,” the article concludes. “…The intention of this delay is therefore only to prolong the terror, as the ideal scenario is that they storm the location and he is killed as a shahid – inshaallah – after having inflicted upon the kuffar a just massacre.”

Have I convinced you?  In the case of mass terrorist hostage sieges, patrol officers and SWAT teams need to immediately attack the terrorists.  The faster the attack is initiated, the fewer casualties will result. 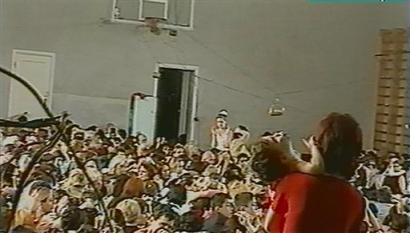 Child hostages at the Beslan school. They were segregated, stripped, crammed into a single gym, and wired with explosives.
We need to stop these sieges before they get to this stage.

Unfortunately, most patrol officers won’t recognize the indicators of a terrorist siege.  Most police administrators don’t understand the unique motivations of a terrorist hostage taker.  Because of these facts, when hostages are taken, the cops call the negotiators and wait.  Lots of people die.  Beslan, the Bataclan Theater attack, the Pulse nightclub shooting.  I could go on and on with the list of previous terrorist attacks when cops tried to negotiate and failed.  The worst realization is that the police administrators aren’t learning their lessons from these horrific terrorist attacks.  They continue to use SWAT (Sit, Wait, And Talk) tactics that have failed in every previous worldwide engagement.

I know most of my readers aren’t cops.  I also know that even fewer police administrators/supervisors study my website.  Blunt honesty and competence make a lot of police bosses very intimidated.  Rather than recognizing  their ignorance, they prefer to bury their collective heads in the sand to allow their oversized egos to grow.  The average police supervisor isn’t reading content like this.

If you are one of the folks who is both a cop and who reads my articles, I appreciate your desire to learn new things.  This next section is for you.

So how do we differentiate a terrorist hostage siege from a “run of the mill” active shooter event or a “standard” hostage taking scenario?

In the first few moments, proper response to a terrorist siege is identical to your response to any other active killer event.  The first cops on the scene should make entry (even solo if backup isn’t close by) and attempt to engage the killer if they have evidence that people are being killed inside the venue.  With hope, the cops will arrive before the terrorists have had the time to fortify their positions.

Without immediate police (or armed citizen) intervention, as the minutes pass by cops should be alert for the following indicators that this is not a “normal” hostage taking event.

First and foremost is the fact that the terrorist will often initiate contact with police while they are still shooting.   Think back to the Pulse nightclub massacre.  That terrorist called 911 from inside the bar while he was killing people.  Criminals don’t call the cops.  When the terrorist is calling the police from the scene, particularly when making spoken references to Islam, it is safe to assume that this isn’t a regular hostage barricade situation.

When the terrorist attempts to contact multiple media outlets as the event is unfolding, it should also be a warning sign.  Active killers have a goal of racking up the highest body count in the shortest amount of time to get their “kills” before cops arrive and spoil the party.  Active killers don’t usually contact the media while rounds are still being exchanged.  Islamic terrorists will. 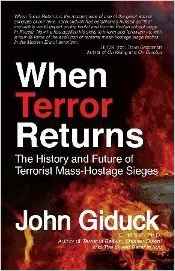 There are a few other indicators of a hostage siege identified by Dr. John Giduck in his book When Terror Returns.  Yes, I know Mr. Giduck has previously been accused of inflating his resume to be “better qualified” to teach large police training classes.  I don’t condone his behavior on that issue, but to ignore his scholarship in the field of terrorism and mass shootings is a little like throwing the baby out with the bathwater.  There are very few people on this planet who have studied more about active killers and terrorist hostage sieges than Mr. Giduck.

Giduck states that the following are potential indicators of a terrorist mass-hostage siege:

– Choosing a target site filled with lots of people who are unable to defend themselves.  Schools are one example.  Clubs where guns are prohibited (like the Pulse nightclub) are another.  While talking about target sites, I should also mention that a target with a huge symbolic value (like the World Trade Center) may be chosen in preference to picking a site with a significant mass of indefensible victims.  Be  extra cautious when responding to any “shots fired” call at a culturally significant site or at a location with a large number of innocent victims.

– Diversion tactics.  Terrorists need to buy some time to get all the hostages rounded up and secured.  It takes even longer to build up fortifications.  In order to slow police response, the terrorists might create several other smaller diversionary events on the opposite side of the town or county.  These diversions reduce the number of responding cops available to terminate the primary attack.

– Segregation of hostages.  The terrorists know that they are losing the numbers game.  If everyone in an entire school attacked the 10 terrorists who are attempting a takeover, the terrorists wouldn’t be successful.  To reduce the chance for hostage revolt, the terrorists will quickly separate any adult males, authority figures, or physically large/athletic teens.  Those folks are more likely to fight.

The terrorists don’t want a fight.  They’ll pull all of the people who are capable of successful resistance out of the crowd and execute them in the initial stages of the attack.

– The presence of one or several vehicles parked immediately outside a door at the location where the attack is taking place.  The terrorists have to get to the site somehow and usually that means in an automobile.  Often it will be a larger truck to make weapons and explosives transportation more convenient.  If you pull up to a shots fired call and see one or more large vehicles parked at the curb near an entry door, recognize that the “shots fired” might be from a terrorist rifle.

– Few fleeing hostages.  The terrorists know they have to get control of the crowd very quickly.  They will secure all the exits as soon as possible.  In a traditional active killer event, you will see a constant stream of victims fleeing the scene.  Not so with a terrorist hostage siege.

– No negotiations or a request that the terrorist knows is physically impossible.  When the attackers refuse to even speak to the police at all, it’s a bad sign.  They aren’t planning on negotiating.  In their mind, everyone is already dead.  Likewise, demands that all Middle Eastern military action be immediately ceased or requests of several hundred million dollars show that the terrorists are just talking to buy themselves some more time.

– Women and children hostages being ordered to stand in front of every window to act as “human shields” for the terrorists.

– No incoming phone calls.  In an active shooter attack, lots of folks will be calling 911.  In a terrorist hostage siege, the terrorists will quickly remove all the cell phones from the hostages.  There will not be many 911 calls after the terrorists take control.

As a cop, if you see these indicators at the scene of a mass shooting or explosive detonation, you need to act immediately.  Attack the terrorist position as quickly as possible.  Negotiation with Islamic terrorists is not going to be successful.  The faster you assault, the more lives you will save.

How does this information affect the reader who isn’t a cop?  If you get caught up in a terrorist hostage siege, you must fight or escape.  You cannot wait for the police to save you.  They aren’t coming.  They are too busy trying to “negotiate” with a terrorist who is only leading them on and buying time to increase his fortifications, media exposure, and body count.  By the time the cops figure this out, it will be too late for you.