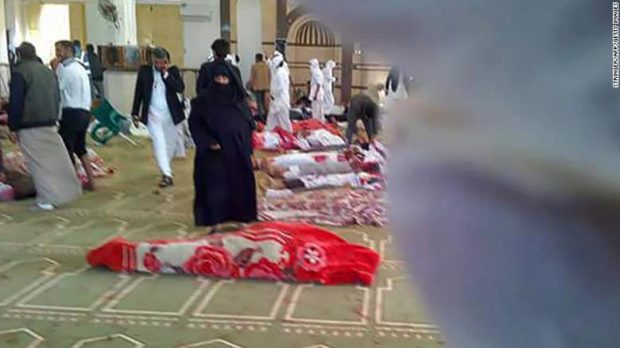 Last week we witnessed one of the largest terrorist attacks in recent history.  Members of the Islamic State attacked a Sufi Mosque in Egypt’s northern Sinai region.  The terrorists killed 305 and wounded 128 more in the attack.  For details, check out this CNN article.  To understand why ISIS would attack another Muslim mosque, read this piece from The Atlantic.

Why does this matter to Americans?  It matters because the same group that conducted this attack has vowed to attack American citizens in a similar manner.

By studying attacks like this, we are getting an advance look at our enemy’s playbook.  If we pay attention, we can put countermeasures in effect before the attacks arrive here.  In a worst case scenario, we will at least know how to respond to such an attack without creating additional innocent casualties.

This attack had several significant features that make it somewhat unique.  First of all, it was a coordinated or symphonic attack.  Many terrorists planned a multi-step attack.  It wasn’t just a couple terrorists with bombs or AK-47 rifles.

Best estimates suggest that 25-30 attackers arrived at the mosque in five different SUV vehicles.  The terrorists fanned out to cover the largest exits of the mosque.  Once the exits were covered by the terrorists, they detonated a bomb in a building adjacent to the mosque during a time of worship.

The bomb blasts drove people to evacuate the mosque.  As they ran outside, they were machine-gunned by the terrorists waiting outside the doors.  After shooting all the fleeing worshipers, the terrorists then made entry into the mosque to shoot anyone who was injured inside or trying to hide.

Finally, additional terrorists blew up cars along the largest evacuation roads leading to the mosque.  Those burning cars in the roadway slowed police and medical response.  Those first responders were further slowed when terrorist snipers fired upon ambulances and police vehicles driving to the scene. 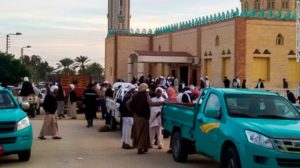 Here are the important lessons learned from this brutal attack:

Learn to identify symphonic attacks.  The best chance of escaping or disrupting an attack like this is in its earliest stages.  If victims inside the mosque were able to notice the massing terrorists outside, they may have been able to escape before all of the exits were blocked by the gunmen.  A fast counterattack by armed security folks on scene as the terrorists dismounted their vehicles may have driven them off.

One of the most visible signs of such a symphonic terrorist attack is the presence of large unoccupied vehicles in roads or parking lots near the scene of the attack.  The terrorists have to use these vehicles to transport themselves and their weapons to the attack site.  They will dismount and leave the vehicles running to make for a faster escape.

If you are in a busy public place, pay attention to idling vehicles in fire lanes or near large concentrations of people.  Look for numerous people exiting vehicles and spreading out to cover multiple entrances.  If you see these kind of actions, get away or trigger your crisis response plan.

Bombs and Guns go together.  This has been a dominant terrorist tactic for years.  Bombs support firearms attacks.  Guns support bomb attacks.  It works both ways.  When you experience one, you should also be planning to counter the other.  When a bomb goes off, be on the lookout for shooters looking to snipe fleeing victims.  When you hear mass gunfire, you should also expect an explosive attack targeting first responders.

Hiding is a poor choice.  The terrorists in this case made several passes through the mosque looking for people hiding and finishing off those who had already been injured.  Many of the bodies inside displayed large head wounds from close range rifle shots.  “Playing dead” may actually get you dead if the terrorists come through to put anchor shots in all the bodies.  The few people who survived inside the mosque actually hid underneath numerous dead bodies and used the bodies for cover.

An early escape is almost always going to be more effective than barricading, locking down, or hiding during an attack of this scale.

Alternate escape routes for every venue.  Take the time to identify every possible exit in any public venue you frequent.  If you must evacuate the venue due to either a fire alarm or a terrorist attack, don’t follow the crowd.  Try to get out by using an alternate exit.  The terrorists are going to deploy the most resources on the exits they think people will use.  You have a better chance of surviving if you pick an exit that may be unnoticed by the terrorists and not covered by their gunmen.  This strategy will also reduce the chance of trampling injuries should you fall down or be pushed over during the evacuation.

When the mass crowd of people is moving in one direction, you will usually be better off heading the other way.

Attacks on medical responders.  The terrorists here purposely targeted responding medical vehicles to delay response to the scene.  That means you will be on your own for awhile if you are injured in an attack of this scale.  You need to get some medical training and carry some basic med gear with you when attending large public events.  Take a medical class.  Until then, read my article Field Medicine for Terrorist Attacks.

My medical first responder friends should also think about this one.  Are you wearing body armor as you drive to a mass casualty scene?  You should be.  Have you considered that you may need to turn off your lights and sirens when responding if fellow medics are being targeted?  Do you have protocols in place to organize an off site casualty collection point that doesn’t place your medical vehicles directly in the line of fire?  Can you coordinate with police responders to safely evacuate victims in police vehicles if ambulances are being shot at and can’t respond to the scene?

Ideally, both police and EMS/Fire personnel will discuss these issues and come up with a plan before such an event happens here.

These terrorists are looking for an ever-increasing body count.  This attack was big.  It yielded lots of bodies and lots of publicity.  Because of its success, the terrorists will use this battle plan again.  It might be in another country or it could be here.  If we are smart, we will take the opportunity to learn a few lessons and reduce the potential for such a mass killing here in the USA. 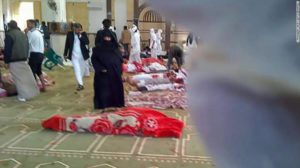