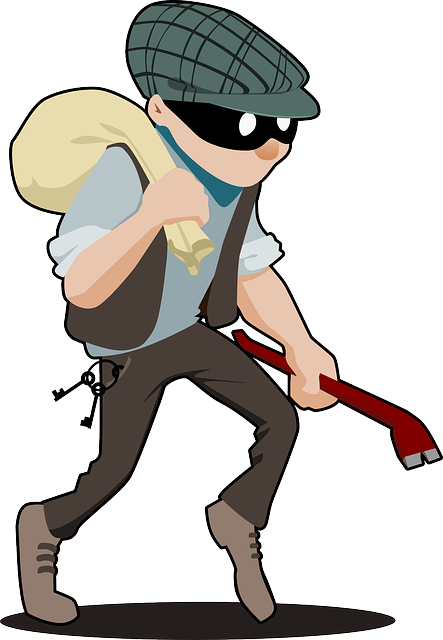 Four years ago, I wrote an article titled Lock Your Damn Doors.  In that article I looked at a month’s worth of burglary and theft reports from the city where I worked and tracked how many theft victims had left their houses or cars unlocked before the thefts occurred.

Number of houses (or garages) entered- 8

In comparison, here are the statistics for April car break-ins and residential burglaries over the last few years since I’ve been keeping track.

This is the first year since I have been tracking that 100% of vehicle thefts occurred in unlocked vehicles.  Not a single car window was broken to steal anything.  I find that absolutely shocking.  You can safely assume that if there is nothing visible to steal in your car, thieves won’t break windows just to check.  On the other hand, if you leave your doors unlocked, thieves will open the door and see what they can find.  As the title of the article says: Lock your damn doors!  If you don’t want your crap stolen, keep your doors locked and valuables out of sight.

Locking doors should be common sense, but for 28 of our residents last month, it wasn’t.  Want to see how a thief operates?  Check out this surveillance video from a friend.  He has cameras trained on his vehicles in the driveway and on the street.  Here is footage of a thief checking his car doors.  Take note that the thief, in his quest to look “casual” barely even looks into the car.  He’s just checking for unlocked doors.  If he finds one, he’ll look for valuables from the inside.

The same advice also applies to your house as well.  We had four burglaries last month where thieves entered through an unlocked door.   The statistics were a little skewed this year when it comes to residential burglaries.  In one case, a known family friend stole the house keys and made entry.  In a second, a man high out of his mind on hallucinogenic drugs kicked in the front door of a house.  He didn’t take anything, but instead did nearly $30K worth of damage before leaving.  A final case involved a thief who gained access to a house by stealing a garage door opener from an unlocked car in the driveway.  We haven’t seen any of those tactics in past years.  If you remove those abberations from the database 80% of the houses entered were unlocked.

The standard M.O. for these burglars is to find a house that appears unoccupied.  They’ll knock on the door and if no one answers, they will walk around the house looking for an unlocked entrance.  If they find a door unlocked, they go inside. 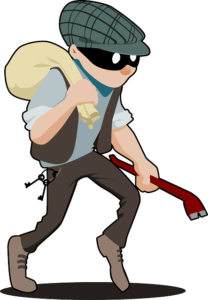