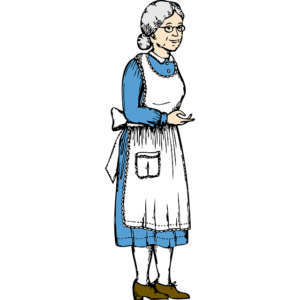 I recently was contacted by a regular reader of this site.  She had an interesting request for a specialized article for the non-combatant.  To paraphrase the request:

“I read all the great advice on your site and try to implement as much of it as I can.  But I have to recognize that I have some family members who absolutely will not fight under any circumstances…it may be a mindset issue, an age issue, or some type of physical disability.  No matter what the cause, some people won’t fight and I will have to do the fighting for them.  What should I tell them to do in the event of an attack?”

It’s a good question and it’s one that’s seldom addressed.  For the purposes of this article, I will call the person who won’t or can’t fight the “non-combatant”.  It could be your young child, your elderly grandparent, or a friend who recently suffered a disabling injury.  If the two of you are involved in a confrontation, what should the non-combatant do?  Here are a few suggestions:

Make sure your non-combatant friend or family member knows to never say anything about the weapons you carry.  If this is a problem, maybe you should keep your armament a secret from the non-combatant as well.

3) Call for help.  Have the non-combatant get on the phone to police.  Police will need the location of the attack and the description of the parties involved.  If the defender is armed, make sure that information (along with a good clothing description) is relayed to police as well.  Say something like:

That will help the arriving officers to better sort things out and may keep the defender from being mistakenly shot by police.

4) If the defender is injured don’t leave cover to provide aid!  For all you know, the defender may be playing dead or setting up an ambush for the attackers.  If you approach the injured defender you may both screw up her plan and place yourself in danger.  Stay behind cover and in communication with the police!

If you have a non-combatant in your life, make sure to discuss these strategies.  Figure out exactly what the non-combatant can do to assist in the situation rather than assuming he or she can do nothing because they aren’t armed, physically capable, or well trained.