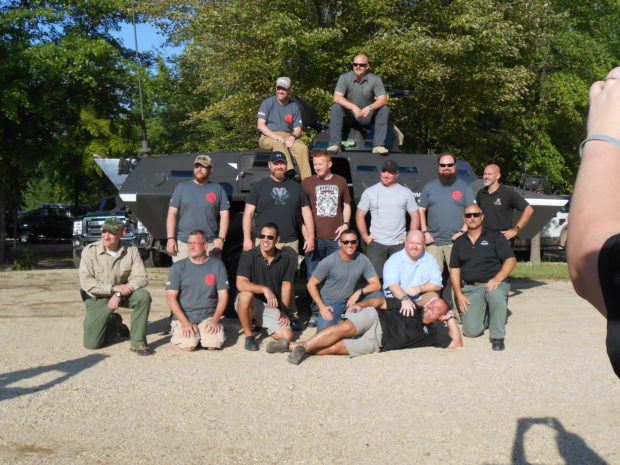 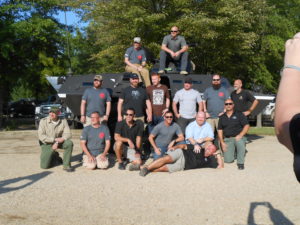 Last weekend I had the honor of teaching at Paul-E-Palooza 2 with some of the top firearms, medicine, and combative instructors in the nation.  The training conference was organized by Sherman House and William Aprill as a fund raiser for our late friend Paul Gomez‘ children.

The conference was an amazing success!  We had roughly 130 students sign up and raised over $40,000 for our Paul’s kids.  The level of cooperation between all the instructors is something that is just never seen in the industry.  There was absolutely no competition or ego.  All of the instructors worked together and helped each other teach classes all in a cooperative effort to provide the best training experience for the students.

I taught a 4-hour block of instruction titled “Empty Hand Skills for Gunfighters” that was well received by the 21 students who attended.  They all worked hard outside in the relentless summer sun after having already attended a full weekend of hard training.

I also helped Chris Fry from MDTS with his shotgun class.  He had 30 students on the line and taught a great class.  Many of the students had never attended a shotgun class before.  Chris had them up and running in no time. 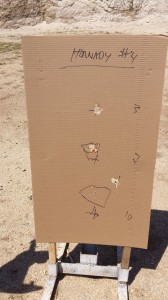 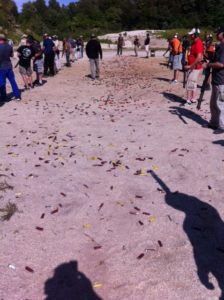 Lots of shotgun shells on the ground after class!

I was also able to attend parts of a few classes in between teaching sessions.  I started with Dr. Brian Springer’s “Medical Intensive” six-hour class.  It covered all the basics of gunshot wound trauma medical care.  The class ended with an extremely valuable ballistics demonstration on pig carcasses.  The dead pigs were shot with 9mm, .40, .223, and 12 gauge rounds.  Each wound track was explored so that the students could better understand the anatomy involved and actually see what kind of damage bullets do in flesh.  After the explorations, students got to practice wound packing skills in the bullet wounds. 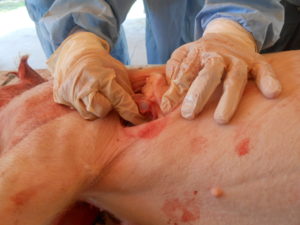 I caught some of Claude Werner’s lecture about Tactical Decision Making Exercises for Private Citizens.  As usual, Claude shared his wealth of knowledge about the topic in an informative and entertaining fashion.  He got quite a few people thinking in new ways about self protection options.

I also caught part of John Hearne‘s lecture “Performance Under Fire: Myths, Realities, and Optimization.”  I have attended the lecture before, but I will listen to it again at every opportunity.  John has condensed all of the relevant research on performance under stress into a 4-hour presentation.  It’s simply amazing and shouldn’t be missed by anyone looking to enhance performance in a combative environment.

A complete list of the other classes offered is below:

After class was finished on Saturday, there was a catered BBQ dinner for the students arranged by Paul Carlson.  He and Michael Goerlich from Raven Concealment assisted with providing the facility and logistics.  After the BBQ, quite a few of us went to the range for an opportunity to shoot some full auto firearms including a .50 M-2 machine gun loaded with tracers! 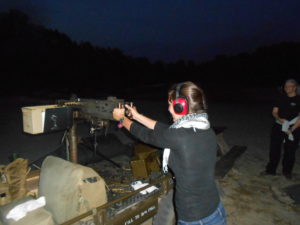 Special thanks to all the students who attended and all of the instructors who volunteered their time.  We are planning on holding the event again next year.  I’ll let you know as soon as it is scheduled.  You won’t want to miss it!