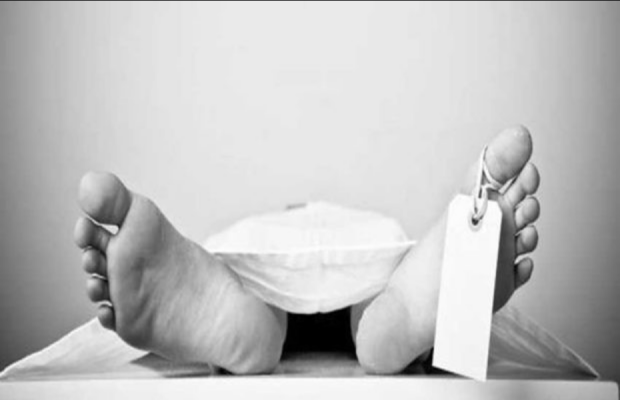 What follows is some straight talk about my professional experience with dead bodies. Don’t read any more if you have a weak stomach or if you’ve had a recent death in your family. You’ve been warned.

As most of you know, I worked as a police officer for 25 years in an upper class suburban city. We had a significant population of elderly residents (40% of our residents were over 50 years of age). Because of this high concentration of older folks, our police department took a lot of dead body calls.

I’ve probably been on scene at close to 100 natural death calls in my career along with a several dozen suicides, countless overdose deaths, four motor vehicle fatalities, and a couple of murders.

One day, while working a particularly odoriferous natural death, I had the realization that most people in the modern world have likely never seen a dead body outside of a funeral home. That’s probably a good thing. You should actively try to keep it that way.

Dead bodies are often repulsive, even if they are fresh and haven’t yet decomposed. Many of the dead people I found had faces contorted into a horrible grimace of pain. I can count on one hand the number of bodies I’ve seen that looked like the person blissfully died in his/her sleep. Most look like they were suffering horribly as they took their last breaths.

If paramedics came to the scene, they likely intubated the patient, started an IV, and attempted defibrillation. All of the remnants of those procedures stay with the body and aren’t removed until the autopsy or embalming. Your dead relative will probably be stripped nearly naked, have a big tube sticking out of their mouth, have IV catheters inserted in their arms, and have defibrillator pads stuck to their chest.  You will likely see the detritus of medical device packaging material, bloody gauze pads, blood and vomit soaked hand towels, and assorted other trash littering the area where your loved one passed.

Even fresh dead bodies are regularly covered with excrement or stomach contents. People occasionally release their bowels shortly before or after death. They often regurgitate as well, especially if the body has been moved postmortem or had CPR performed.

Bodies that have been dead for a longer time are often discolored and swell up with gasses produced during the decomposition process. Sometimes they are covered in maggots or flies. Sometimes they virtually explode when moved. Occasionally their skin sticks to the floor and they have to be peeled away in pieces.

The bottom line is that you don’t want the last memory of your loved one to be etched permanently into your brain as a discolored swollen mess covered with shit and/or maggots with a grimace of pain on his face. Most people don’t realize it, but that’s what they are likely to see when they request to view their deceased loved one “one last time.”

Almost any memory you have of the deceased is likely to be better than the one you will implant when you see him dead on the floor with an endotracheal intubation tube sticking out of his mouth. Resist the urge to take a peek at the dead body. There is a reason that it is covered head to toe with a bed sheet.

Furthermore, you don’t want to watch as the funeral home employees, livery service, or coroner’s techs load up the body onto a gurney and take it out of the house. It’s neither a delicate nor a graceful process.

I’ve already talked about the dangers of the dead bodies releasing bowels and bladders. That danger most often occurs when the body is lifted up onto the gurney for transport. Even fresh bodies regularly smell horrible when they are moved.

Occasionally when the corpses are extremely heavy or covered with bodily fluids, the people doing the transport will drop the body. They don’t mean to do so, and aren’t trying to be reckless with your relative’s remains; but the laws of physics still apply. When two small female coroner’s techs and a single cop are struggling to carry your 400-pound deceased relative up a narrow flight of stairs, it really isn’t a pretty sight.

Bodies that have stiffened with rigor mortis are difficult to position onto a gurney. Limbs stick up or out. It’s rare that a stiffened body will naturally lie in the relaxed supine position you expect to see. Sometimes those stiffened limbs can’t even be forced into the body bag. They get banged into walls and caught on furniture as the technicians are carrying or rolling the corpse outside.

I usually warned family members that they shouldn’t watch this process. Some wanted to see the transport despite my warnings. Those people were often traumatized when they saw (or smelled) their loved one being picked up and moved.

When the cop asks you to move to another room or to go outside for a few minutes while the techs load up the body, it’s definitely in your best interest to do so. You may be curious, but you will probably end up regretting your decision to watch your friend or family member being unceremoniously stuffed into a body bag and carried out of the house.

This is my best advice after interacting with a whole bunch of dead bodies. Don’t look at the body if you can avoid it. Definitely don’t watch as the body is carried out to the transport vehicle.

You don’t want the last memory of your loved one to be traumatic. Remember him or her in their better days instead of as a bloated, stiffened, or discolored corpse.

Resist your natural curiosity to see the dead body. If you don’t, I can almost guarantee that you will regret the experience.

A couple last tips for my cop readers…

You will likely think of the dead body as an “it.”   The family members still think of the body as “him” or “her.”  When speaking with family members, refrain from saying things like “The coroner is on the way to pick it up” or “The body is upstairs in the bedroom.”  Refer to the corpse by name or say something like “The coroner will be taking HER for an autopsy” or “HE’S downstairs in the basement.”

Such a minor shift in the language you use to describe the dead body can be the difference between a positive and negative experience for grieving family members,

When the paramedics pronounce a person deceased, they regularly place a bed sheet over the person’s body and face.  Some family members will freak out when they see the sheet-draped body.  I still remember a grieving family member screaming at me more than 20 years ago when she saw her sheet-draped deceased father.  She yelled “He can’t breathe with that sheet over his face!”

While the statement is completely illogical, it doesn’t help to correct a grieving family member’s errors.  If the family wants the deceased’s face to be uncovered, uncover it.  Such a simple act of kindness will better help the family to process their loved one’s death.

I’m eternally grateful that I won’t likely have to deal with many more dead bodies and grieving family members for the rest of my life.  Pay attention to the lessons I shared here to help ensure that your next experience with a dead body is a more positive one.