I got the idea for this drill from Rich Grassi’s article in The Tactical Wire.

In the article, Rich suggests that for a more challenging training exercise, police firearms instructors should shoot their state’s qualification course with TWICE the number of required targets in the same time limits as the original course.  That idea got me thinking….

It isn’t commonly known, but most police qualification tests are ridiculously easy for a good shooter to pass.  The problem lies in the fact that most cops aren’t good shooters.  There are certainly some highly skilled officers who are the exception, but most cops get sub-standard firearms training in their police academies and then never improve from there.  I would estimate that the average cop in my state shoots fewer than 100 total rounds out of his duty pistol every year.  That doesn’t lead to exceptional performance.

Don’t believe me?  Here is the basic Ohio state semi-auto pistol training qualification.  It is 25 rounds and must be shot by all Ohio police officers only one time per year.

The targets are full-sized silhouettes.  A shot to center mass or the head counts as one point.  An arm hit counts as zero points.  A miss off the silhouette counts as negative one (-1) point.  25 shots.  25 possible points.  18 out of 25 passes. 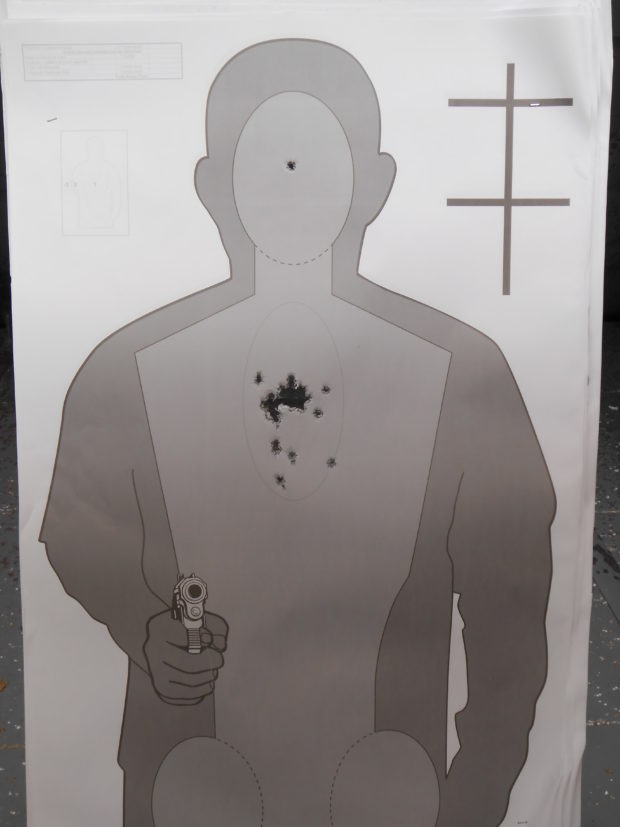 Target from the basic OPOTC pistol qualification…not too difficult. Any hit in the light grey area of the target counts as a point.

I think this qualification is ridiculous.  Any competent shooter shouldn’t even come close to failing it.  In fact, I ran one of our retired officers through the course.  He was using a gun he hadn’t shot in 12 years.  I blindfolded him and positioned him in front of the targets for each stage.  He passed the test shooting while blindfolded!

Let’s see if we can spice this qualification up by using Rich Grassi’s “doubling” idea.  We aren’t only limited to doubling the targets, we can double other variables as well to make it more difficult.

Double it!  Round One- Number of Rounds

I did the same course, but doubled the number of rounds fired on each stage.  It was tougher, but I still made the time and scored 100% hits 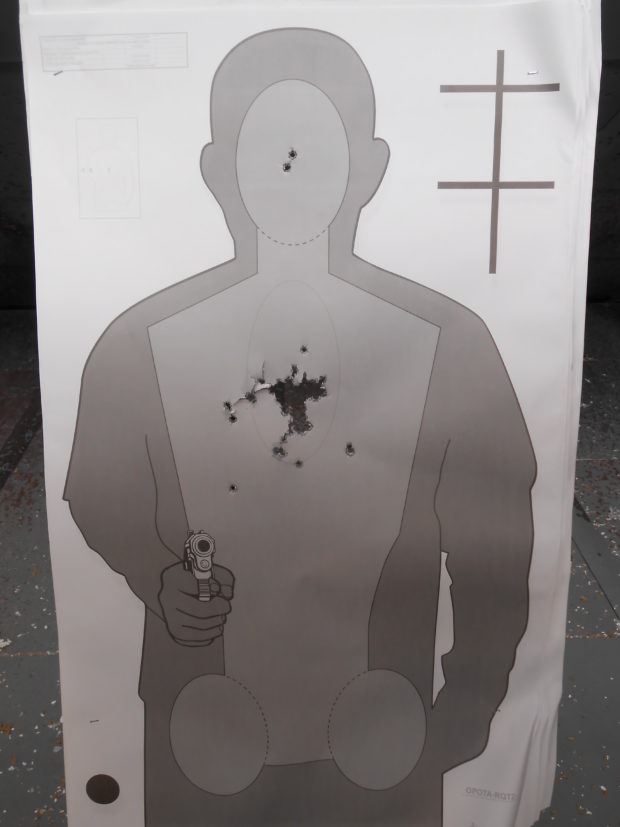 Target after firing twice the number of required rounds per stage.

Double it!  Round Two- Distance

I took the original course and shot each stage at twice the required distance in the same time limits.  I was working on an indoor range that was only 60 feet long, so I couldn’t double the 50 foot stage in the qualification.  I shot that one at 50 feet and cut the time limit in half to simulate the longer distance.  This one was about the same difficulty as round one.  100% hits  and made all the time limits. 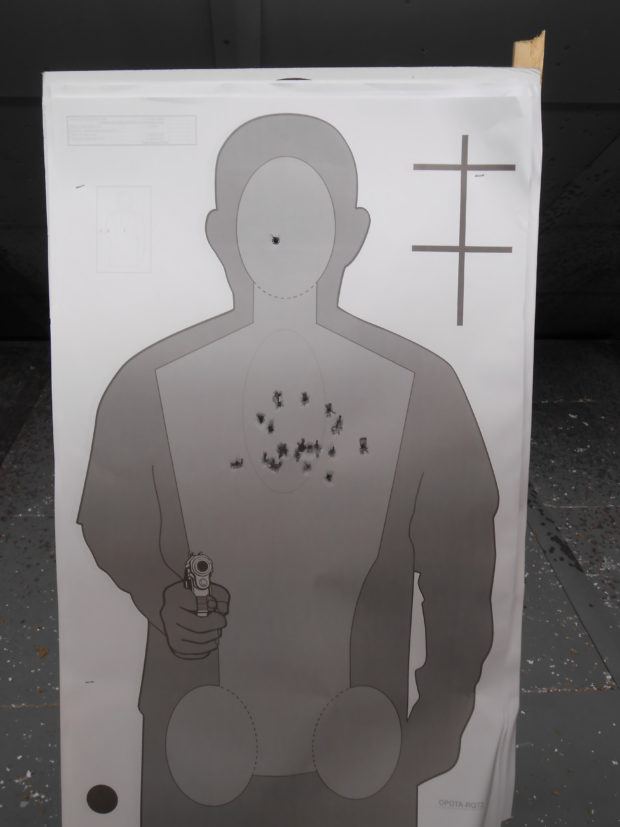 Double it! Round Three- Targets

Use the parameters for the original qualification, but shoot the required number of rounds at each of two targets placed side by side in the same time limit.  This was the hardest modification of the three.  Most stages found me getting very close to the time limit.  I didn’t go over the limit on any stage, but I came very close a couple times.  My group size opened up dramatically as well, but I still managed 100% hits. 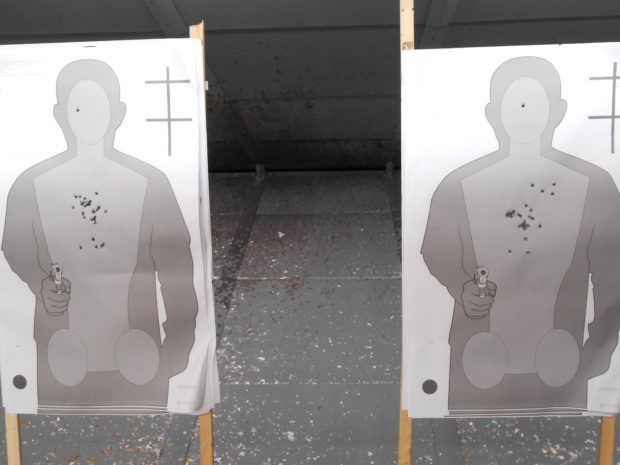 If it’s hard, work on the individual stages that are difficult until you can easily pass.  Then try doubling either the distance, round count, or number of targets.  It will turn a boring qualification course into a fun training session.