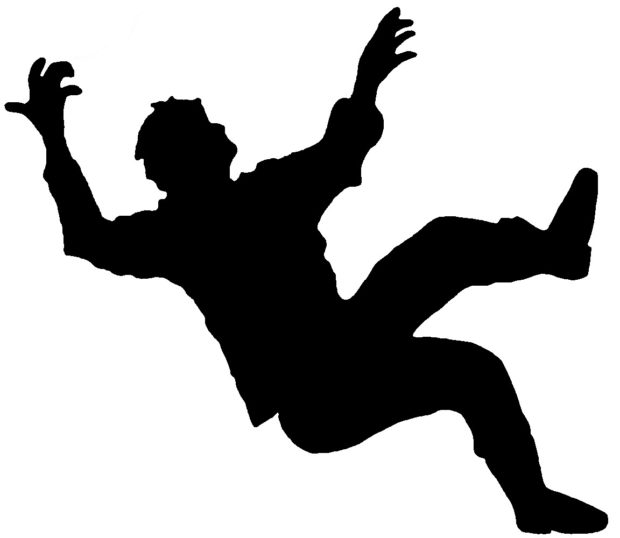 Have you ever trained to draw and fire your pistol from any position other than standing?  Most recreational shooters haven’t.

Fights are messy.  Sometimes the unexpected happens.  Take a look at this story.  A man was fleeing armed robbers and slipped on the ice, causing him to fall.

According to the article:

“As the victims started to run, the 31-year-old slipped on the ice and fell, it said. He was confronted by one of the people from the car, who demanded money, the statement said.

Imagine yourself in the story’s victim’s shoes.  He apparently was unarmed, but most of you carry guns.  Could you draw your gun and shoot from the positions the victim found himself in?  The victim in this story was on his back at one point.  When the robber caught up to him, the victim was ordered to his knees. You should be able to fight from each of these positions…and every position in between.

1) Firearm access.  Can you actually draw your weapon?  If you carry in a back pocket or in a small-of-the back holster, you likely won’t be able to if you are laying on your back.  If you carry in a front pocket, you may not be able to when kneeling with the gun side knee up.  You need to know the weaknesses of your chosen carry locations.

2) Muzzling yourself.  When you try to draw from various positions on the ground, you will find it hard not to muzzle an arm or leg.  The draw isn’t as straight forward as you might think.  You will need excellent trigger finger control so that you don’t shoot yourself.

3) Retention position shooting.  This is very important and often overlooked.  If someone has mounted you (straddling your waist), you can’t extend your gun toward them to take a center mass shot.  Gravity will work against you and you won’t be able to fight his entire body weight with your shoulder strength.  You need to be able to fire from a retention position. 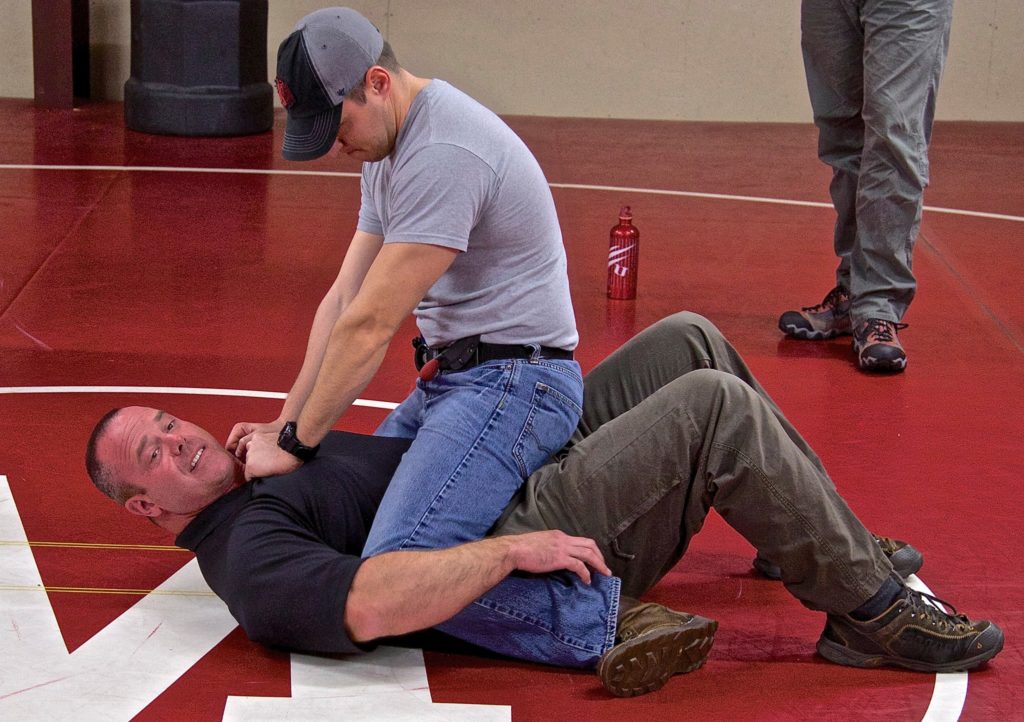 Imagine if I was able to draw my gun from the bottom position here. If I used two hands and extended the gun to make a chest shot at my mounted opponent, he could easily control my gun.

4) Aiming your gun.  Depending on position, you may not be able to hold your gun with two hands.  After a fall injury, you may not be able to lift one arm at all.  How do you aim your pistol if you can’t lift your arms?  Have you tried laying on your back with feet flat on the ground, holding the gun at waist level and lifting your hips up to control elevation?  You may have to drop one leg down so that you don’t shoot it, but it may be a good technique to use if you are injured or exhausted.

Here are some drills to try….

Imagine a clock.  You are in the center of the clock (where the hands are attached).  You want to be able to shoot in all directions from every position.  Start by laying on your back with an UNLOADED gun in your holster.  Draw the weapon and shoot towards the 12 o’clock direction.  Then reholster and try 3 o’clock.  Reholster and try 6 o’clock.  Reholster again and finally try 9 o’clock.

When you are able to do this easily, repeat the drill using the non-dominant hand.  Remember, you may be injured in the fight.  You need to be able to draw your gun with either hand from any position.  As you work this drill, figure out drawstroke solutions to avoid muzzling your arms, legs, or body.

After working this drill both right and left handed, try these positions:

– on your right side

– on your left side

– sitting on your butt

– kneeling with both knees down

– kneeling with right knee down

– kneeling with left knee down

When you can do this safely and without fumbling, repeat the exercise live fire with an airsoft gun.  Set a shot timer for a par time and hurry to beat it.  Make sure your shots are hitting where they need to hit.

After doing it dry and with an airsoft gun, you are ready for live fire.  You may not be able to shoot 360 degrees at your range, but you can adjust your body while keeping the target against the backstop.  Adjust your body so the target is at the equivalent of the 12, 3, 6, and 9 o’clock angles and do some work.  Go slow at first because a fumbled shot in live fire hurts much worse than a fumbled shot with an airsoft pistol.

One other caution for live fire is to check your firing angles.  When shooting from the ground towards the chest area of a target, it’s easy to put a bullet over the backstop due to the extreme angles involved.  If necessary, drop your target heights down low enough that you aren’t in danger of putting a stray round over the berm.