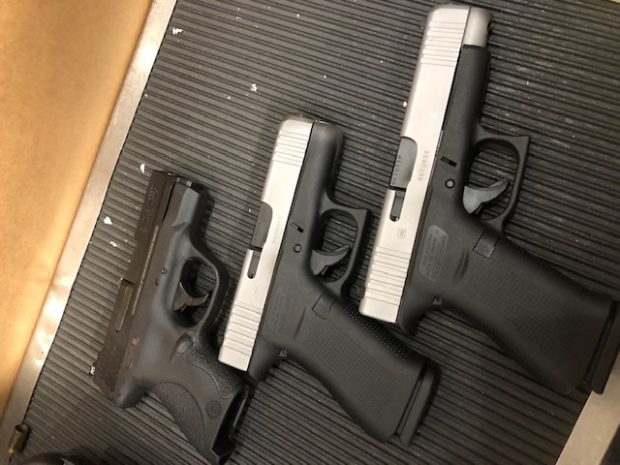 Last week, my friends at the LEPD Shooting Range in Columbus let me know that they had the new Glock 43X and Glock 48 in stock and available to shoot as rental guns.  I eagerly took them up on their offer to let me shoot the two new guns.

If you aren’t familiar with the two guns, they are both 10-shot 9mm single stack Glocks.  The 43X has the 43 slide on a slightly longer grip frame than the original 43.  The 48 has the same frame as the 43X, but has a longer four inch barrel.  Think of the 48 as a single-stack version of the Glock 19.

If you would like more information about the two weapons check out Breach Bang Clear’s Thoughts on the Glock 48 and Glock 43X.  Kyle DeFoor also has some valuable information on his page.

I have to admit up front that I’m not the biggest fan of the Glock 43.  I have one and occasionally carry it, but I generally prefer the softer shooting Smith and Wesson Shield when I carry a gun of that size.  Here’s a size comparison between my Shield and the two new Glocks: 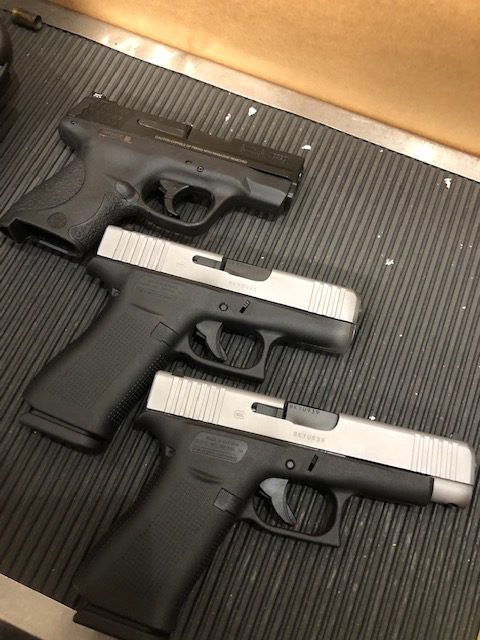 Although you can’t tell from the picture, the 43X is almost the exact same length, height, and thickness as the S&W Shield.  It seems a little lighter, but I didn’t weigh the guns.

Looking at the two guns from behind, it’s easier to see their similar size comparisons. 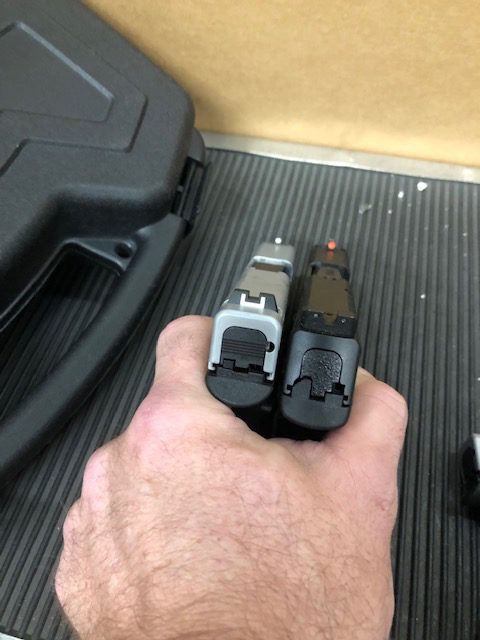 Comparison between 43X and S7W Shield. The guns are almost identical in size.

The G48 has the same frame as the 43X, but a slightly longer barrel.  That longer barrel enhances accuracy and improves carry comfort in the appendix position.

For my first impression shooting the two new Glocks, I placed a bullseye target at 20 feet and ran three magazines through each gun in the following manner: 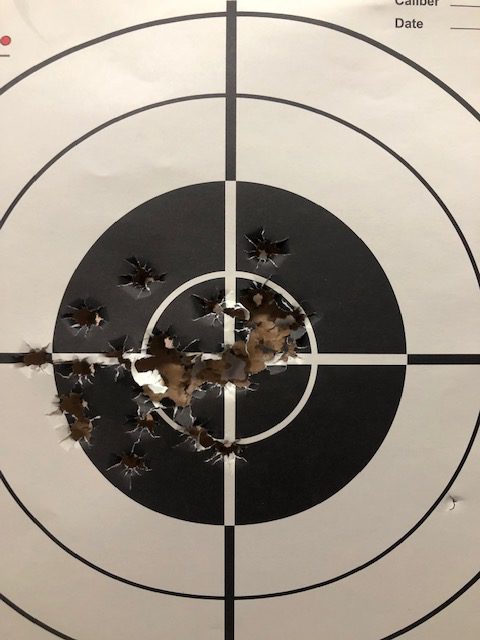 I found the 43X to be a little easier to shoot than my G43, but not as gentle shooting as my Shield.

I then did the same drill with the Glock 48. 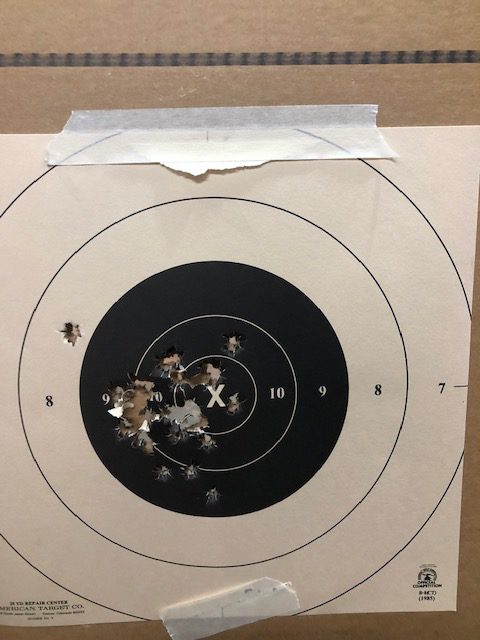 I liked how the 48 shot.  It was significantly more controllable than the 43X and maybe even slightly easier to shoot than my Shield.

I decided to run an empirical test to see how well the guns compared to each other.  I chose the Hardwired tactical “Snubby Super Test” as my comparison course.  These guns are obviously not snubbies, but they serve in the same role.  This test is a 15 round course of fire shot on a B-8 Bullseye target.  It consists of three strings of five rounds each. 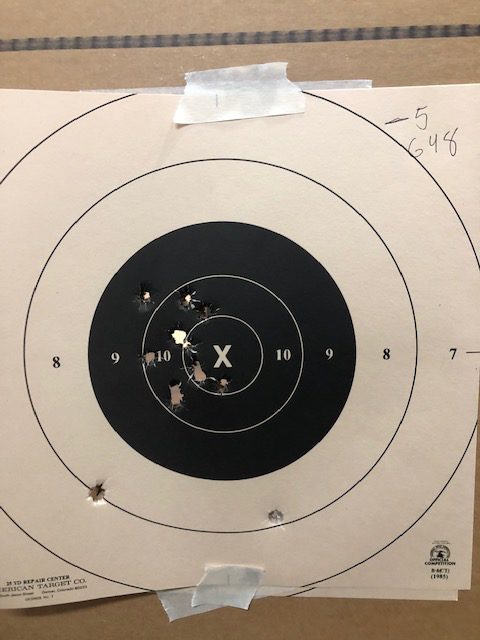 I made the time limits on every stage of every test.  Here are the accuracy results from best to worst: 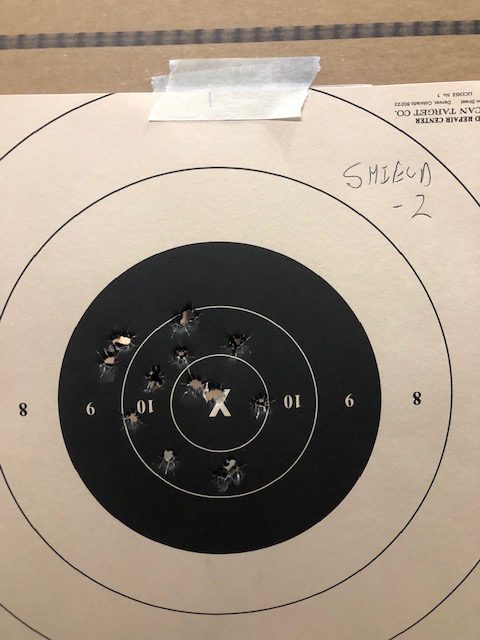 Both of the new guns shot great with no malfunctions in more than 100 rounds fired (of different ammunition types) with each gun.  The G48 was by far the most pleasant gun to shoot, but when I put it to the test, I shot the Shield better.  That’s always been an anomaly for me.  All my defensive guns are Glocks.  I generally shoot Glocks very well.  But for some reason, with the smallest sized guns, I happen to shoot the Shield better.

I think both of these are going to be great defensive handgun choices for a lot of people.  I enjoyed shooting them, but decided I wouldn’t be purchasing one.  I’ll stick with my Shield when I need a gun in that size package.

While these guns both ran great, I’d caution you to wait a little while before purchasing one.  There are ALWAYS bugs in the first model introduced by almost every firearms manufacturer.  Let them identify and work out those bugs.  Let the other “rapid adopters” be the Guinea pigs on this one.

My general advice is to wait for a full year before buying a newly-introduced gun model.  If you are looking for a small Glock 9mm, budget for one of these new ones next year.

Thanks again to my friends at LEPD for letting me play with the new guns.  If you want to try one, LEPD’s rental counter at their range is the place to go if you are local.