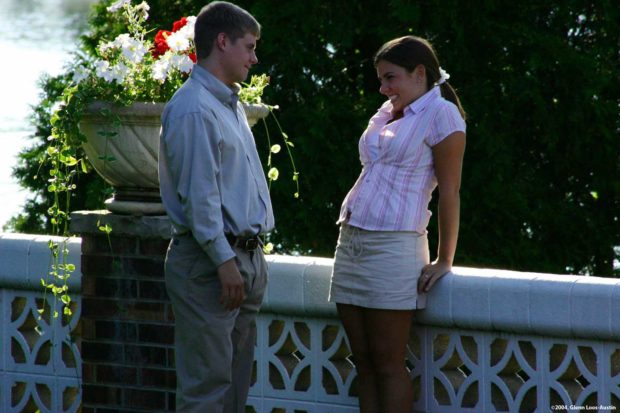 A couple months ago, the police department sent me to a three-day school covering criminal interview and interrogation tactics.  The school I attended teaches a very specific interview method that won’t be useful for most of you.  But some of the techniques I learned may be useful outside of the context of the police interrogating criminals.

You encounter criminals in your everyday life.  They are “interviewing” you to see if you would make a good victim while you are assessing their speech patterns and body language to see if they are planning on victimizing you.  Being able to recognize the language that criminals use is incredibly useful for avoiding victimization.

Here are some easy tips I picked up during my class….

When criminals are speaking to the police, they are often lying.  They will also lie to you to set up some type of scam, distract you, or convince you to go with them to a less visible crime scene.  Certain language patterns have been identified that are indicative more times than not that a person is being deceptive.  Look out for these in any social situation that doesn’t seem quite right:

– When he is speaking, does he display “open body language?”  When well-intentioned people speak to you on the street, they will generally be facing square to you and not crossing their arms or legs when they speak.

– People being overly polite or complimentary are often being deceptive

– Deceptive language often uses “qualifying words” or “weasel words” to diminish the intensity of the meaning of the language.  When you here phrases like: “Not really,” “Probably not,” “A little bit….” they usually indicate deception.

– Honest people generally give very sincere denials if they are asked a question implying their guilt.  If a woman approaches you in a gas station parking lot and asks you for money to fill her empty gas tank and you accuse her of being a scam artist, how do you think an honest person would answer?  She would say something like “No I’m not!  There’s my car over there and you can look at my gas gauge.”  If she says something like “I don’t really know what you mean…I just need a little cash,” then she’s more likely being deceptive.

– Is the person using broad or descriptive language?  Broad language means making blanket or large statements about something and is usually deceptive.  If we go back to the panhandler situation above, a deceptive statement using broad language is “I have NEVER tried to scam anyone!”  A descriptive (non-broad) statement might be “I’m not trying to scam you right now.”  Overly broad statements are more likely to be deceptive.

– Adding unnecessary details to their statements

– Making declarations against self interest “I wouldn’t scam you because I make all the money I need.”

In addition to the verbal language criminals and scam artists use, you may also be able to identify them by body language.  I talked about “open body language” above, but there are other clues to look out for as well.  The underlying theme of these actions is that they are “tension relievers.”  The criminal is nervous and doesn’t want to appear that way.  He knows if he looks nervous or sketchy you won’t believe his story.  He attempts to hide this nervousness by “self-soothing.”  Look for these gestures:

– Rubbing or wringing of hands

– Scratching, picking, stroking, pinching (or any other soothing repetitive behavior) of any body part

– Pulling on the nose or earlobe

– Pulling or twirling of the hair

– Inspecting, biting, or chewing of fingernails

Any one or even a couple of these gestures or statements doesn’t automatically imply deceptive or criminal behavior.  You must put them all in the context of what’s happening and consider the totality of the circumstances.

My best advice about how to use this knowledge is this…

When you feel something internally telling you “This isn’t right,” you should believe that inner voice.  But most people don’t.  They rationalize the voice away or ignore it.  The next time you feel the hair stand up on the back of your neck or get a bad feeling about something, instead of ignoring it, look for these behaviors and vocal patterns.

When your brain is telling you “something’s not right” and then you corroborate that feeling by noticing several of the things I listed above, it’s much easier to make what may have previously been a more difficult decision about a person or location.  Watch people’s behavior and see if you can recognize these telltale signs.