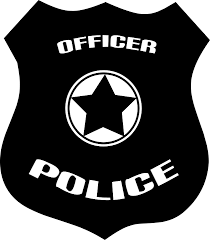 Written by: Greg Ellifritz
I had two different friends send me messages last weekend requesting my thoughts on what policing is going to look like in the future.  I thought about it quite a bit and here are my predictions.
We have to recognize that police are a part of our society as a whole.  Our society is changing and those changes will drive all future changes in police work.  As I see it, there are four primary cultural drivers that will affect police work in the future.
1) Protests/Police Hate- It’s becoming ever harder to be a cop.  Two decades ago, there was an unwritten rule.  Cops dealing with criminals was “business.” Very few folks got offended on either side. We knew the crooks were going to commit crimes. They knew we would try to catch them.
When we caught them, they usually complied. If they ran or took a poke at the officer there were no hard feelings. If you hit a cop, you knew you were going to get beaten down by his buddies or struck with a baton. That was the cost of doing business.
I remember several of the criminals with whom I threw down shaking my hand afterwards and saying “I know you were just doing your job, and you know I had to try to get away. Get me some ice for this bump on my head and I’ll cooperate with the slating process. We’re all good.”
That spirit of fair play is gone now. Now every use of force is a complaint and/or a lawsuit. Now every police shooting involves threats and protests at the officers’ houses and a doxxing of his entire family.  Often these protests and threats are organized by uninvolved virtue signaling “community activists” who have no connection to the event and lack even a fundamental knowledge of the legal rules by which officers operate.
A couple decades ago there were also a few more unstated assumptions.  The first is that unless an officer did something criminal or especially heinous, the community generally supported the police.  Most officers believed their administration would stand up for them if they did the right thing.  Now neither assumption is in play.  In most communities, the residents distrust the police.  Administrators now bow to community pressure to suspend or fire every officer who gets involved in some politically distasteful event.
How do you think these changing trends will affect our police force?  Would you like to be a police officer in today’s environment?  There will be fewer quality police candidates in the future. 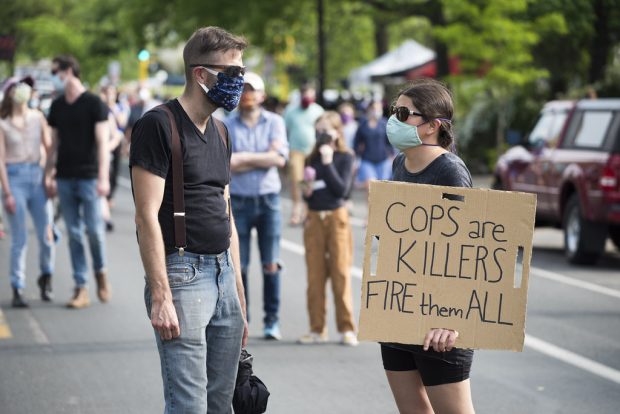 2) General government “defunding” due to pandemic economic decline/collapse.  The economic effects caused from Covid-19 are just beginning to become apparent.  I think the economy will get far worse in the next couple years.  Fewer people working means less tax money going to cities and states.
Government revenues are going to drop significantly.  That effects police budgets.  Then we have the active efforts to “defund” the police by cutting budgets even further.  Both of these conditions will reduce police numbers, police salaries, and police equipment budgets.  That will drive even more officers away from police careers. 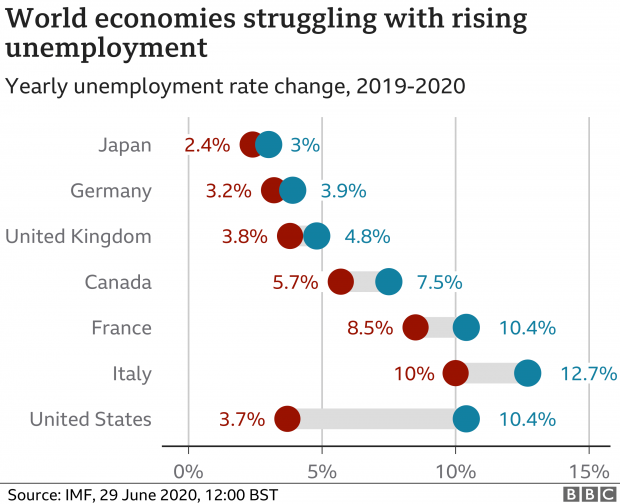 3). Distrust for and politicization of all government entities.  Public approval of almost all government functions is at an all time low.  The generalized distrust of government  and politicians will further erode the public’s support of the police and young applicants’ desire to become part of the system.
4). The rise in technology (especially surveillance and AI facial recognition technology).  Within the next decade, we will see more surveillance cameras in public areas.  Use of drones and “shot spotter” type systems will increase.  Future criminals will not be caught by cops on patrol.  They will be identified by a guy sitting at a desk running surveillance video through facial recognition software. 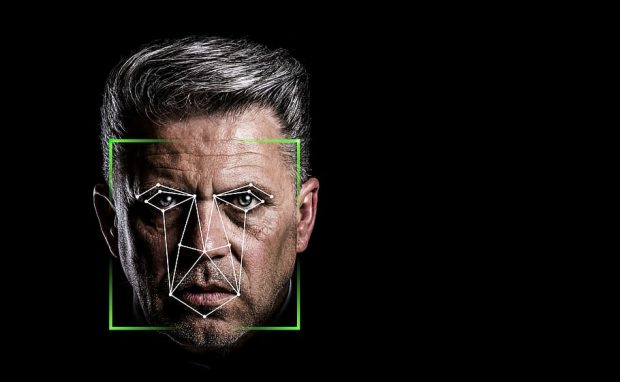 Once the criminal is identified, his mobile tracking device (cell phone) will be accessed with a search warrant or some type of commercial database software.  Teams of armed cops will know where the criminal is at all times and will make plans to arrest him in the safest way possible.

Many of our future “cops” will be computer analysts.  Those specialized analysts will be paid less than they would in the private market.  They will supplement their salaries by taking bribes from wealthy constituents to use the surveillance systems to gather dirt on political enemies.  Trust in the police will further erode and many police jobs will be highly politicized.

When I look at those four trends all occurring simultaneously, I can predict the generalized future of policing in America.  Here’s what I prognosticate…
Fewer and fewer people will want to be cops. That will further lower hiring and training standards.  Tax revenue losses and “defunding efforts” will drive salaries down and make working conditions more difficult.  The only folks who will become cops in the future are those people who have no other career options.
As more and more low quality candidates are hired, public trust for the police will further erode.  The police will become continually more corrupt and inept until they are almost useless.
The really good cops (and a lot of former soldiers) will move on to better paying private security positions. The rich will hire those security people as bodyguards and neighborhood patrols.
The middle class and poor well have to contend with the corrupt police system or take care of things themselves (either by vigilante or gang action.)
This is essentially how it works in many third world countries. I have lots of experience traveling in Peru, so I’ll use the capital city of Lima as an example.
In the most affluent neighborhoods you don’t see many cops. But there are professional armed security guards at all banks, many public businesses and on roving patrol in marked vehicles in the neighborhood at night.
In the poorer neighborhoods, you don’t see many cops either. They’ll respond to something serious, but don’t expect them to investigate some kind of minor property crime without a significant bribe.
Most of the lower class residents ignore any petty criminal stuff.  They band up with family or friends to handle any serious business. Sometimes the residents will pay the local criminal gangs to take care of such problems instead if they have some extra cash.  The bad guy gets beaten or taken out.  The cops don’t work hard to find the perpetrators of these crimes because they know exactly what is happening. 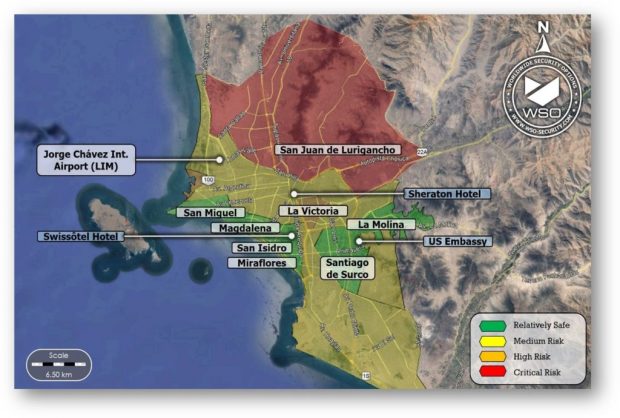 I predict this type of public/private division will be the most likely way things will evolve.  The wealthy will take care of themselves by paying private security and bribing corrupt cops to gather dirt on enemies and political rivals.  The poor will be left to handle things themselves without significant productive police presence.
It could, however, shake out another way.  Instead of the public/private divide, we might see a geographical division.  There will likely be pockets of effective law enforcement (generally managed by publicly elected county sheriffs) left around the country.  The well off may simply move to those “safe” areas that have invested in quality public servants.  Property values and home values will rapidly rise in those areas, crowding out many of the low income residents.
The wealthy will be cared for.  They will either import private security to the areas where they currently live or move to the locations where a professional policing has been maintained.  The middle and lower class residents will be victimized more frequently and will engage in low-key vigilante actions to handle most criminal problems. 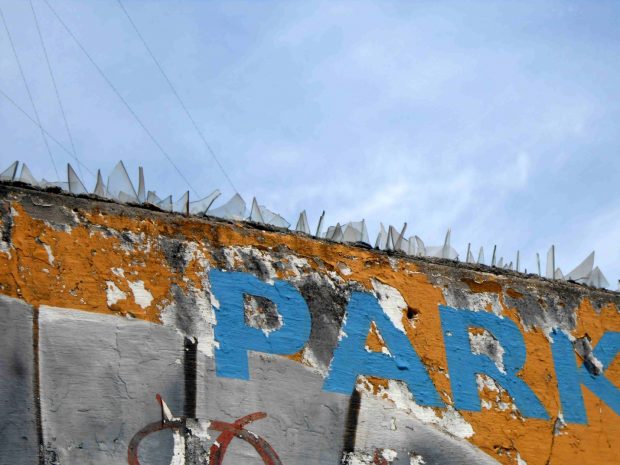 Poorer neighborhoods in South America embed glass atop concrete walls to serve as a theft deterrent. We’ll start seeing things like that here within the next decade.

Most of you will be forced to take care of yourself and your family.  Unless you are wealthy or politically connected, the cops won’t be coming to help you in the future.  Your options are to improve individual skill levels to be able to personally handle violent actors, band up with friends or family to create a numerical advantage for vigilante action, or increase your economic status enough to live in a “protected” area.
I believe things are going to look very different in America 10 years from now.  Most of those changes will be negative.  I don’t see any way to stop it or alter the trends.  Most of our country will look more like the developing world than the environment we currently enjoy.  Be ready for when that occurs.  It will happen far more rapidly than you might think.