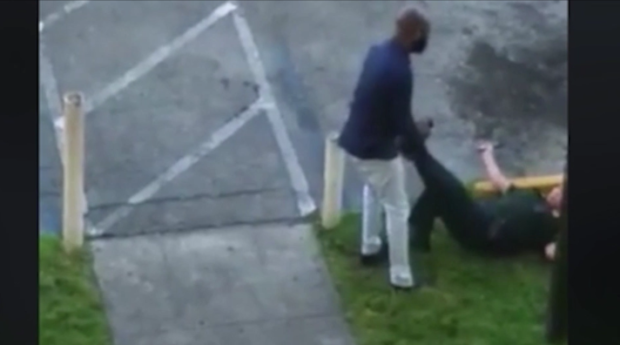 If you are at all interested in police training (or in seeing how poorly trained many cops are), you owe it to yourself to spend a few minutes reading this article and watching the two videos contained within.

This is a frightening example of what happens when two cops are completely inept and untrained in empty hand fighting skills, groundfighting, baton use, and firearms. Unfortunately, this lack of training is the norm among most of the officers who “protect” you. In reality, they can’t even protect themselves from an unskilled, but aggressive attacker.

What cops inexperienced in the fighting arts fail to understand is that there is no victory in defense. Once this suspect began acting violently and the Taser failed, the first cop should have attacked.

When I say “attack,” I don’t mean using unreasonable force or trying to dismember the suspect. I mean “go on the offensive.” The suspect attacked you. That’s a crime. Arrest him. Take him to jail. Don’t dance around trying to keep him away from you with ineffective baton strikes and shitty kicks from the ground.

Move in. Take the guy down. Put handcuffs on him. You may have to throw a few punches or baton strikes to make that happen. It’s OK. The outcome would have likely been very different if the officer “attacked back” and aggressively made an arrest attempt rather than meekly trying to escape.

The second officer failed to act aggressively as well. If I had seen my partner on the ground and a man standing above him kicking at his head, there would be no circling or verbal commands. Attack! My body would become a 250-pound wrecking ball as I crash the guy and tackle him with all the force I could muster.

The backup officer chose not to do that. Instead, he drew his gun (nice crossed thumbs grip) and backed away. The suspect charged and the officer shot. Now we have a dead suspect.

It’s ironic that attempting to use less force ultimately created the need to use the ultimate force. We don’t want cops to tackle or punch people. That looks too “aggressive.”

We don’t train officers how to fight and we are surprised when they shoot unarmed people. That’s the only option they know.

Unfortunately, the trend is likely to worsen. Cops are getting less and less training in the fighting arts. The cops who are getting hired are chosen for their lack of aggressiveness. Most of the new-hire officers are very nice people with squeaky clean records who can’t fight their way out of a wet paper bag.

We take these timid souls and then fail to adequately train them how to go toe-to-toe with really bad people. We tell them not to use force. We teach them about de-escalation.

…and when words and de-escalation fail, they are completely unable to protect either themselves or the public in general.

Thanks to Dave Spaulding for finding the original video. 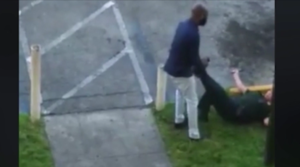