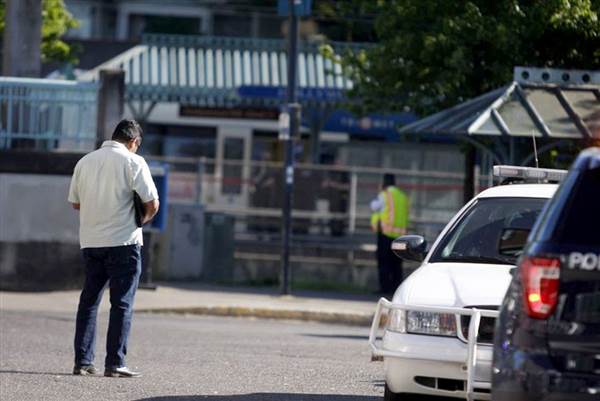 Undoubtedly, by now you’ve seen or heard about the stabbing incident in Portland last week.  If you aren’t familiar with the case, click this link for a description.

In essence, a man who appears to be mentally ill begins screaming at and insulting two teenage Muslim (one was wearing a hijab) girls on a train.  Two men courageously intervened and tried to “de-escalate” the situation by calming the man down.  The ranting crazy man drew a knife and cut both men’s throats.  Both  died at the scene.  Another passenger was wounded as well.  Police arrived and arrested the crazy attacker.

Three issues in this case demand your complete attention….

The first is that calmly talking to a violent criminal or attempting to “de-escalate” the situation only works when the offender is willing to cooperate with the process.  Oftentimes, those criminals have no desire to participate in any meaningful dialogue.  I’m all for de-escalation when appropriate, but to say that it is always possible is ludicrous.

In this situation two men came to the aid of the Muslim girls and tried to calm the ranting suspect.  The reward for their noble actions was a death sentence.  The attacker didn’t want to “de-escalate” and was willing to kill for his beliefs.  By all means, try to calm things down if you can.  But you’d better have a backup plan in the event that your dialogue doesn’t get through your attacker’s atavistic skull.

The second point is that neither of these men likely even considered the possibility that they would get killed when they chose to intervene.  Recognize that psychopaths and mentally ill suspects don’t think the same way that you or I do.  My readers would never cut a man’s throat after a verbal altercation in a train car.  Even though that level of violence is not within your thought paradigm, it may seem like a perfectly reasonable solution for someone who thinks differently.  Don’t ascribe your morals and rational thought processes to the suspects you face.  They don’t share your cultured worldview.

Finally, before intervening in any criminal incident, you must ascertain that you are both legally and tactically aware of the consequences of your actions.  Defending an innocent third party may get you thrown into jail or killed if you screw something up.  Is it worth it?

In this particular case, I would not have interacted with the suspect unless he physically attacked one of the girls.  No one wanted to hear any of the bigoted vitriol that the attacker uttered, but no one was actually getting hurt while the man was screaming.  I would have quietly made a call to police to report the incident.  Until the attacker does something heinously evil or deadly, it’s not in my best interest to engage.  The stakes are far too high.

Decide right now who you are willing to protect and whether or not you are physically capable/skilled enough to mount an effective defense.  Barring a mass shooting/terrorist attack or a case where an innocent third party will likely be killed or seriously injured, off duty you won’t see me intervening on behalf of anyone but my loved ones.

As cruel as it may sound, “Not my people.  Not my problem.” is an attitude that most of you should be more enthusiastic about embracing.  I don’t want to see two innocent girls get traumatized by the words of a crazy man.  I also don’t want to have my throat cut open when I try to silence the crazy man’s rant.  In the long run, is it worth your life to protect a stranger from harsh or insulting language?  I say “no.”

Think very deeply about what you would do in a situation like this.  Your very life depends on your correct decision.  Choose wisely.