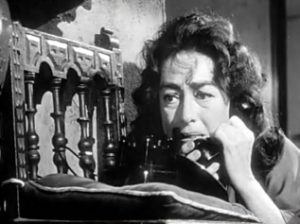 It was a sunny autumn afternoon. A woman called police to report a “suspicious person” in a city park. Cops arrive and the woman points out this “suspicious” man. He was simply sitting on a park bench enjoying the sunny day. The woman told police that this conduct was suspicious because he was a single man and he should be working at this time of day. Furthermore, there was a girl’s cross country team running in the park. The caller was worried that the single man was “watching the girls run.”

The woman replied: “Better safe than sorry. THEY SAY that you should report suspicious people.”

Another day. Another call. Another “suspicious” person.

The elderly male caller reported a suspicious person moving through several neighbors’ back yards. The only description he provided was that the suspicious person was a black male. Officers arrived and found the man. He was wearing a neon green sweatshirt with the words “METER READER” written on both the front and rear. He had a tablet computer in his hand and was moving from one external gas meter to another through the yards. The caller didn’t bother telling the cops that part of the description.

When police officers told the caller that he had reported the meter reader, the caller said: “He still doesn’t belong here. THEY SAY that you should always call the police whenever you see someone who doesn’t belong.”

One more day. One more call. You guessed it. One more “suspicious” person.

A woman called police to report her neighbor as a possible terrorist. It seems that the man (a Russian immigrant) who lived in the apartment next to the caller for more than two years without incident, had purchased a new vehicle. The man bought a flat bed truck and had a large tank full of water mounted in the back. It seems that he had just started a commercial landscape irrigation company.

The caller told police that she feared that her Russian neighbor was covertly developing a system to spray aerosol bioweapons through the neighborhood. When officers asked if she had seen the neighbor spraying anything, ordering or mixing strange chemicals, or doing anything at all that would support her theory, the woman said:

“No. But he’s Russian and I’ve heard that Russians are terrorists. He barely speaks English. He fits all the profiles of a terrorist. THEY SAY that when you see something, you should say something. I saw something so I called.”

All of these calls were real. All of them involved “suspicious” people who really weren’t doing anything suspicious, let alone illegal. All the callers justified their irrational fears by using the same term : “They say….”

My question is “Who exactly is THEY?”

Police officers depend on information from the public to successfully capture criminals. The vast majority of our arrests are the direct result of information we receive from crime witnesses. People reporting “suspicious” people, getting descriptions of thieves and robbers, and writing down license plate numbers from fleeing criminals are critical to our success in the law enforcement profession. Without people calling the cops and getting good descriptions of criminals, our arrest rates would be abysmally low. Our residents help us solve crimes every day.

Then we have another class of people who call the police. The “THEY SAY” people. People who are essentially nothing but busybodies, hoping that the police will act on their “suspicions” and harass or detain the folks that are of a different race, ethnicity, or social status from the caller. You know, those people who “don’t belong.” They say that you should always call the police when you see something that doesn’t belong….

The legal standard that cops must abide when detaining a “suspicious” person is the standard of “reasonable, articulable suspicion that a crime has occurred or will soon occur.” There are three key points in that phrase:

– “Reasonable.” That means that your suspicions aren’t crazy. That means that another person would likely have the same suspicions. That doesn’t mean that you call the police because “All Russians are terrorists.”

– “Articulable”- That means that you should be able to use words to describe exactly why someone’s behaviors are suspicious. Here’s a hint. If your sole articulable suspicion consists of the words “THEY SAY,” it isn’t enough.

– “Crime”- That means criminal activity. That means breaking a law. That doesn’t mean “sitting on a park bench on a sunny afternoon.”

If you are calling the police and you don’t have reasonable articulable suspicions that a crime is being committed, you are part of the problem, not part of the solution.

You see, every time police have to respond to calls generated by your racist views, your irrational xenophobia, or just your desire to be a busybody, it keeps them from catching the real criminals. Stop it. You are making the crime problem in your neighborhood worse.

As a cop, I want you to call me when you see something truly suspicious. I promise that I’ll show up quickly and check it out. But I can’t do that if half my day is spent checking out “suspicious” meter readers just because they are black and walking through a predominantly white neighborhood.

If you can’t articulate to the police dispatcher exactly why you think a person is “suspicious,” perhaps they really aren’t “suspicious” and don’t require police attention. Think before you call.

*The above words are the opinions of an individual police officer. Nothing written here should be construed as advice given by any police agency or government entity. These writings (and likely everything else on this site) have not been endorsed by my employer or police department. They are the personal views of a single police officer who is trying to better educate folks in the community about how to reduce crime rates.