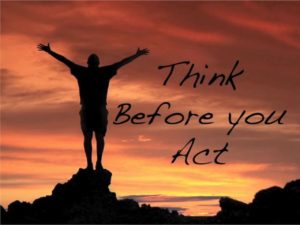 This story was relayed to me by a friend and fellow police officer (who will remain anonymous).  He told me about a traffic stop he recently conducted where the driver’s actions almost led to fatal consequences.  He wanted armed citizens everywhere to know about what happened and learn from the actions of the man he stopped.

My officer friend recently conducted an evening traffic stop on a busy highway.  When he approached the car, he saw that the driver was extremely nervous, with shaking hands and a trembling voice.  The man was sitting in his seat at an odd angle.

The officer got the man’s driver’s license and asked him a few questions.  He asked the man for the vehicle registration and insurance card.  As the man leaned forward to get the requested items, the officer saw a hidden object that was wedged between the man’s back and the car seat.  When the officer said “What’s that?” the man suddenly leaned back so that the object was hidden again.

The officer told the driver not to move and reached inside the car to grab the hidden object.  Suddenly the driver leaned forward again and attempted to grab the item himself.  It turned out to be a hatchet tomahawk. 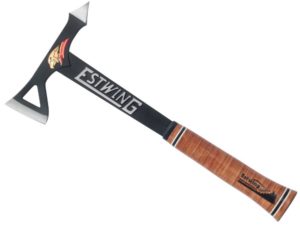 The hidden item that the driver was trying to grab

The officer told me: “There were a couple of things that could be happening.  One was that this guy is a criminal dirtbag who was trying to hit a cop with a tomahawk.  The other  is that it could be a normal guy like you and I train with who was carrying a weapon for protection and panicked when he got stopped by a cop.”

The officer talked to the man for awhile and ran his criminal record.  It turned out to be option number two.  The man had never been arrested before.  He had been carrying the tomahawk for personal protection and he didn’t know if it was legal or not.  He panicked when he got stopped and tried to hide the tomahawk so he wouldn’t be arrested.

The officer secured the tomahawk in the man’s trunk (where it can be legally carried) and let him go with a warning.

Weapons laws are enormously complex.  In my state, the law prohibits carrying a concealed deadly weapon (other than a handgun with a concealed carry license).  The problem is with the definition of “deadly weapon.”  In Ohio it is:

“any instrument, device, or thing capable of inflicting death, and designed or specially adapted for use as a weapon, or possessed, carried, or used as a weapon.”

If I stab you in the eye with a pencil, then that pencil is legally considered a “deadly weapon.”  Carrying a concealed pencil could be illegal.  The law is virtually impossible to obey because almost any innocuous object COULD be considered a deadly weapon with the wrong intent.

The hatchet that the driver was carrying would be perfectly legal if the man was chopping firewood.  If he was carrying it concealed with the intention of burying it in someone’s skull, it would be illegal.  See the problem?  It’s virtually impossible to determine if you are obeying the law or not.

With that said, I recognize that a lot of you carry everyday items on your person or in your vehicle that can be used as weapons in an emergency.  Screw drivers, box cutters, hammers, machetes, crowbars, baseball bats, and tire irons are all examples of tools which could be used as “weapons” if necessary.  You have to be careful with such items.  Here are some tips to avoid being shot by the police if you choose to carry them for self protection.

1) When carrying them in a car, keep them completely hidden or completely exposed.  If the cop doesn’t see the items, there won’t be a problem.  If the cop sees that you aren’t trying to conceal the “weapon” he is more likely to believe that you are using it in a harmless manner.  Criminals hide stuff from cops on traffic stops all the time.  If you are trying to hide something from the officer’s view, don’t be surprised if you get treated like a criminal until the officer is sure you aren’t trying to hurt him.

2) Have an innocuous explanation for why you are carrying the item.  Go back and read the section of law quoted above.  In order to be considered a deadly weapon, it has to be possessed, carried, or used as a weapon.  When the cop asks you why you have a machete sitting on your car seat, you’d probably not say “So I can cut some fool’s head off if he tries to jack me.”  That implies that you will be using the machete as a deadly weapon.  Saying something like “That’s what I use to cut brush at work.  I keep it in the car so my three-year old doesn’t accidentally find it and hurt himself at home.” implies that you are using the tool responsibly.  See the difference?

Recognize that the legal standards vary between states and municipalities.  The words change, but the intent of the legal language is often similar.  Carrying “weapons” is usually prohibited.  Carrying “tools” often is not.  Have a good reason why you are carrying your “tool.”

3) No matter what happens, don’t try to touch the item during a traffic stop!  Place yourself in the position of the cop pulling you over.  He doesn’t know that you are a good human being.  When you make a sudden movement, especially when you are moving toward a weapon, how do you think it looks to the cop?  A good cop with skills might try to stop your draw (like my friend here did).  A cop who doesn’t have any hand to hand skills (the majority of cops, unfortunately) faces the choice of either drawing his weapon and shooting you or getting hit, cut, or shot by whatever weapon you are trying to grab.  If the cop waits to see that you were only trying to better conceal your weapon rather than trying to use it on him, he takes the chance of being seriously hurt or killed.

None of this should be considered legal advice.  I’m not an attorney.  I am qualified in giving you advice about how not to get shot by the police.  That’s what this is, advice to keep you from doing something stupid that might be perceived as an aggressive act by the cop who stops you.  I don’t want to see my readers get arrested or shot.  Pay attention and think before you act if you are stopped by the police.