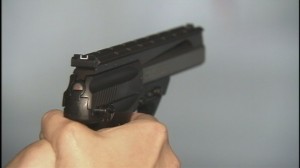 A reader and student recently sent me an email with the following question:

“Hey Greg, how about a blog on Florida’s new regulation allowing CCW holders to fire a warning shot?”

If you haven’t kept up with the news, last week the Florida governor signed a bill into law that legalizes the use of warning shots if citizens have a reasonable fear of serious injury or death.  More details on the law are HERE.

I’m fairly ambivalent about silly legal changes like this one.  The law change doesn’t make much difference in most practical scenarios.  If someone has a reasonable fear of serious injury or death, they ALREADY have a right to shoot the attacker.  This new law just gives them the right to miss.

Seriously, warning shots are almost universally a bad idea.  They show the determined attacker that you are somewhat less than willing to take a human life.  That can actually embolden an attacker rather than cause the deterrence the shooter is seeking.

The other problem with warning shots is that the bullets have to go somewhere.  Cranking off poorly-aimed rounds into an urban environment is just a bad idea.  How would you feel if your “warning shot” hit a kid down the street?

On the other hand, the reason this law was signed is the fact that on some occasions, warning shots are effective.  In most cases where warning shots work, the attacker was not determined and just looking for a “face saving” way to stop the fight.  Those attackers wouldn’t have likely pressed the attack even if the warning shots weren’t fired.

Ironically, the one situation where I see warning shots frequently working isn’t covered by the law.  Warning shots tend to universally deter looters in the aftermath of a riot or large natural disaster.  But in that case, there is no fear of serious injury, so the law wouldn’t apply.  I doubt there will be changes to allow warning shots to protect property rather than life.

For the most part, warning shots are a very bad idea.  They don’t work as well as you might think.  I don’t think the law is really necessary.  If you really think that a warning shot will be effective and your life is in danger, the shot can be explained as a “miss” with fewer legal consequences…even where the law doesn’t specifically allow warning shots.