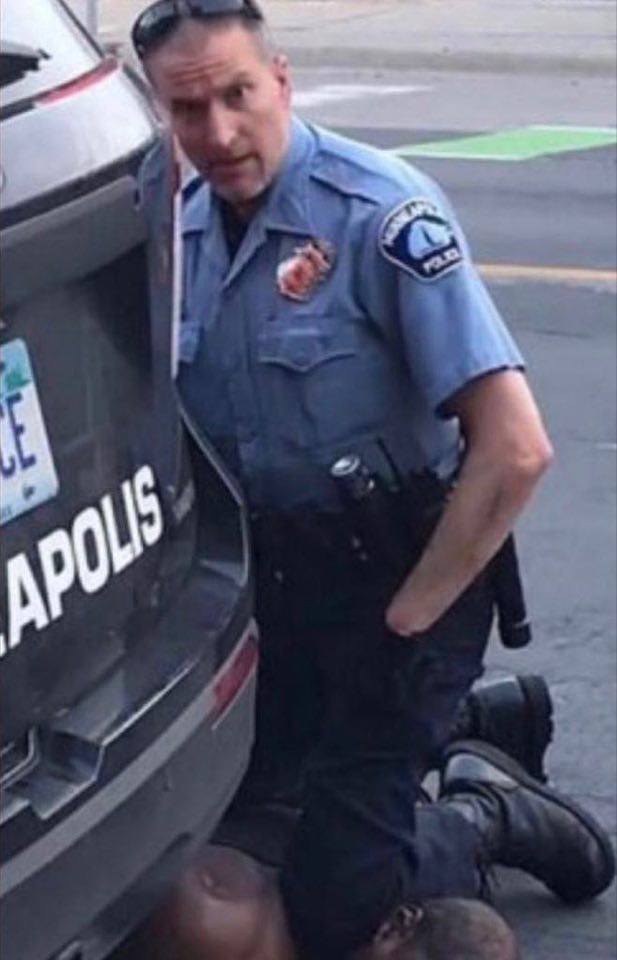 I had a friend send me a message yesterday. He wanted to know how a bystander might intervene in a situation like what happened in Minneapolis.   My friend told me he didn’t want to stand around “watching a murder.” How does one safely intervene when cops are mistreating a prisoner?

Violent action won’t help. You will be arrested and likely beaten or killed as well. If you physically attack the cop, it might actually make it worse for the guy you are trying to protect.

I’m going to give you some suggestions.  Some of you will think this advice is “soft.”  It is.  The best way to win a battle against a more powerful force is to engage in some trickery.  It’s best to come at that force from an angle they aren’t expecting.  If you charge head on into a mob of cops, you simply aren’t going to win that battle.  You need some deception.

The deception that I am going to suggest is basic psychology 101.  You always want to give your opponent a “face saving” way out.  You want your opponent to think that your idea is his idea and to embrace that idea rather than to fight it.  The best way to deal with these police officers is to use the same tactics you would use with a power hungry and controlling supervisor in your place of employment.

If you are angered by what happened to Mr. Floyd, these suggestions will seem to be weak.  You might want revenge.  You want the cops to be held accountable.  I understand that.  But what is your primary goal?  What is your role in the process?

You don’t get to sit in judgement of the cops’ actions unless you are a member of the jury they are soon to face.  Your goal as a person on the scene isn’t to enact retribution against a bunch of cops who shouldn’t be doing the job.  That’s for other people to decide.  You can best make yourself useful by convincing the cops to stop their unconstitutional actions while at the same time making them think you are doing them a favor.

You may hate these cops for what they did.  Don’t let your rage make you ineffective.  To verbally convince these officers that they are acting in error, you need to provide them with a better solution and make them think that the decision is in their own best interests.  You may have to soften your angry tone and think a bit to make that happen.

If I was in the role of a witness in this case, here’s what I would do.  Please keep in mind that this is my personal opinion and not legal or tactical advice. I just want to give you some options so you don’t have to stand there and watch someone get killed.

The best thing to do is to approach another officer on scene who has less ego involvement rather  than approaching the officer kneeling on the man’s neck.

“Hey officer, I just want to let you know that the guy on the ground appears to be suffering from a medical condition. I don’t know if the officer controlling him knows he’s kneeling on the dude’s neck. People are videotaping and it doesn’t look good. I just don’t want you guys to get in trouble.”

If someone approached me at a similar scene in that manner, I would most certainly go check things out and ensure that the prisoner is OK.

You don’t care about the officers’ well being.  You openly hope that the officer does get in trouble.  Remember, to be successful, you want him to think it was his own idea.  You want the officer to think “Maybe that doesn’t look very good.  I have to stop this before it gets worse.”  Play the game.

If there is no one else on scene, I’d approach the officer and focus on the medical issues.

“Officer, let me help you. I’ve had advanced medical training and that guy doesn’t look so good. Let’s move him on to his side and away from the car so that he can breathe better and I’ll check him out for you.”

In that approach, the officer can yield authority to someone who is better qualified without losing face.  Most cops know very little about medical treatment protocols.  If you seem like you know more than he does, he may yield to your experience.

“Officer, are you OK? I’m a martial arts instructor. Can I help you hold him down so that you don’t have to kneel on his neck? Just tell me what you want me to do and I’ll do it.”

That might get the officer thinking about the consequences of kneeling on someone’s neck and allow him the safety to “de-escalate” if he feels that you are helping him get a chaotic situation under control.

I think those strategies might have a high likelihood of success, but ultimately if the officers refuse your aid, there isn’t much else you can do.

As a last resort, I’d call 911 and tell the dispatchers that the officers on scene are in danger of killing their prisoner and request that both a supervisor and an ambulance respond to the scene. I’d say that might have a 50/50 chance of working depending on who the boss is and how busy they are.

What tends to happen in chaotic police use of force incidents is that eventually, a clear thinking officer who is not emotionally involved in the scenario’s outcome arrives and calms things down.  I can’t tell you how many times I’ve been the cop who has arrived on scene and said “That’s enough.  Let’s get this guy into the back of your cruiser.”

I’m not proud of the fact, but on a couple of occasions in my early days as a cop, I was the officer that other more rational cops were trying to calm down.  I’ve benefited tremendously from a fellow cop stepping in and saying: “That’s enough.  I’ll take it from here.”

Unfortunately, in this situation, none of the officers on scene stood up and said “That’s enough” until it was too late.

It’s a bad situation that I hope none of you will ever have to face.  If you do have to deal with a similar scenario, remember the strategies I provided here.  They are probably your best bet to make a bad situation a little better.