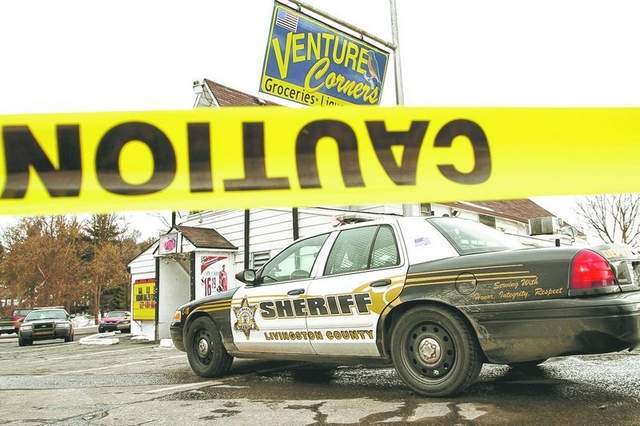 It’s a rewarding thing to watch my firearms students as they learn and progress.  They start with safe gun handling skills, the basics of marksmanship, and learning when it is legally appropriate to shoot someone.  If they continue training, they might learn more “tactical” or combative shooting skills.  As their abilities improve, they might move on to more scenario oriented classes using role players armed with Simunition or airsoft guns.

During the scenario-oriented classes I teach, students often have the most problems with verbal interactions rather than physical skills.  This holds true in both unarmed fighting classes and classes focused on weapon use.  Students’ physical skills (either shooting or fighting) are usually good enough that they can “win” the scenarios I create.  Where they falter is in the area of verbal interaction.

Students have three basic problems with verbal interaction during the pre-attack phase of a crime about to be committed:

1) They don’t have adequate experience communicating assertively or aggressively.  Society rewards people who are compliant and go with the flow.  Loud, aggressive, and dominant language is discouraged among civilized people.  How many times have you heard a parent scold their child by saying “Use your INSIDE voice”?  We just don’t get much practice being aggressive in our daily lives. 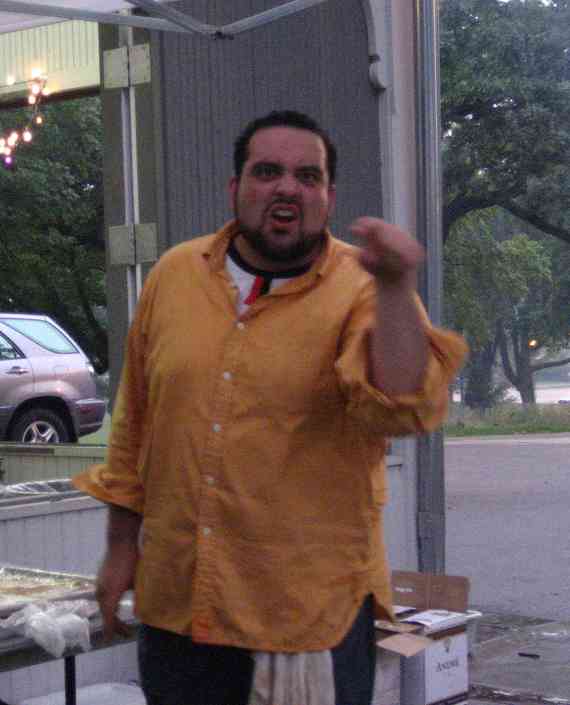 Some people need practice in order to act like this…

2) Auditory exclusion kicks in.  Under most stressful circumstances, the brain has to prioritize the vast amount of data that it is processing.  In most cases, priority will be given to information provided by our sight.  Hearing things becomes more difficult as sight is prioritized.   Students regularly report that they hear their attackers’ voices sounding like the “Wah Wah Wah” sounds of Charlie Brown’s teacher.  They know the attacker is saying something but just don’t have the brain power to devote to listening.  It’s hard to communicate assertively if you aren’t picking up the words your attacker may be using.

3) The student’s ego gets involved.  This one happens primarily when the attacker either insults the defender or fails to obey the defender’s verbal commands.  When either of these things happen, the student often becomes enraged.  They stop thinking and get caught up in an ever-escalating yelling match with the criminal.  Some criminals will even bait their victims into this escalation game.  They know that if they can enrage the victim, he or she is less likely to think clearly.

The first two problems are relatively easy to deal with.  Assertive communication can be taught and practiced.  Auditory exclusion can be reduced through the “stress-innoculation” effects of repeated scenario training.

It’s the third problem that I have the most difficulty rectifying.  I still remember a retired Colonel in the US Army who came through one of my scenario training classes at TDI.  The Colonel was confronted with the scenario of finding an unarmed drunk man in his house at night.  The scenario was supposed to simulate an event where an intoxicated person stumbled into the wrong house by mistake.

The Colonel, who was an excellent shooter and tactician, pointed his gun at the intruder and ordered him to leave the house.  It was a very good judgement call as the “drunk’ was not acting threatening in any way.  The fun started when the drunk man refused to leave, saying words to the effect of “Chill out dude.  It’s all cool.  You don’t need to resort to violence.  Come on, I’ll get you a beer.”

The Colonel verbally escalated.  The drunk just stayed calm and mellow, but refused to leave.  The situation became even more heated and the Colonel started yelling.  His face was red and he was shaking.  He wasn’t scared.  He was pissed!  The Colonel just wasn’t used to people disobeying his direct orders.  He didn’t have a mental map of what he should do because in his experience as a high ranking military officer, people always did exactly what he told them to do.

Unfortunately, criminals aren’t the best listeners…even when they have a gun pointed at their faces.  I’ve lost count of how many times a criminal has disobeyed my lawful commands even as a uniformed police officer.  I once had a domestic violence suspect try to physically attack me while I was holding him at gunpoint with a shotgun and ordering him to get down on the ground.  It’s actually quite common.  I’ll bet most of you haven’t really thought about the issue.

A prefect example is the case where an 11-year old shot a fleeing burglar who refused the command to stop.  What a mess.  It was clearly an unjustified shooting. The burglar posed no threat to the kid and was running away. The kid shot 12 9mm bullets at the guy and hit him with one. Where did the others go?  Will they prosecute an 11 year old kid? I doubt it.  Would they prosecute an adult for doing the same thing?  You can bet on it.  You can’t just shoot someone because they aren’t following your commands.

What if you confronted a criminal at gunpoint?  You order him to the ground.  He doesn’t comply, but he doesn’t try to draw a weapon or close the distance on you in any way.  What would you do?  Shoot him?

I think the best answer is “no”.

As surprising as it sounds, I’ve seen many instances in training where as student gets more and more agitated with the role player’s non-compliance and then just shoots the role player out of sheer frustration.   As the student gets ever more enraged at the role player’s audacity in ignoring commands, higher order thought processes become harder to perform.  My guess is that’s what happened in the case with the 11-year old linked above.  If the student was calm, he might be able to think about an alternate solution.  That doesn’t work so well when the student is angry.

Don’t let your ego interfere with your safety.  EXPECT the criminal to ignore your commands and have a backup plan for when it happens.  Don’t get angry.  Don’t allow the criminal to manipulate you by challenging your ego.  I’ve seen it happen in both real life and in training.  The results are not pretty.

Mentally program yourself right now.  Expect criminal non-compliance.  Think through your options.  If the criminal doesn’t comply, but doesn’t escalate, you generally have a little time to act.  At first indication of such an experience, either use the opportunity to escape or transition to another, more appropriate, weapon.

Don’t get angry and do something you might regret in the future.