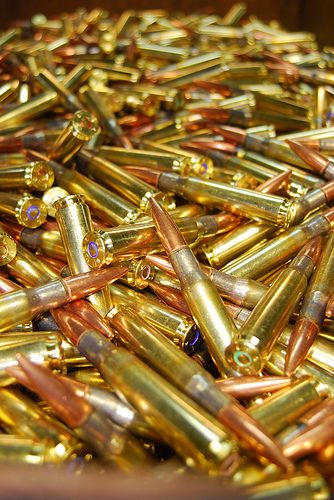 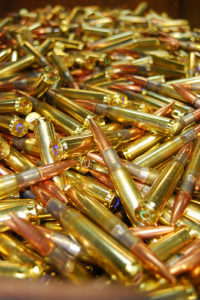 If you have tried to purchase ammunition in the last couple months, you are aware of the problem…there isn’t any available.  None…at least in the common calibers.  No one can ever remember this happening.  Things were bad in 2008, but they didn’t come close to being as bad as they are now.

Here’s a good article that explains the basics of the ammo shortage.  It isn’t large new military or police contracts, it’s simple economics:

“When people are motivated by external political exigencies to purchase more ammunition than they customarily purchase, there is less ammunition for others.”

Where Has All The Ammo Gone?

I spent some time at the Rangemaster Conference a couple weeks ago talking to people who are much smarter than I am.  These folks work for major ammunition companies and deal with the largest ammunition wholesalers in the country.  They weren’t very optimistic about ammunition availability getting better anytime soon.

The general consensus was that our current shortages have a vastly different cause than past shortages.  In the past (2008 for instance), ammo shortages were driven by “preppers” and “gun nuts”…people concerned about the future in terms of economic collapse or potentially restrictive new legislation.  These folks made up a very small percentage of the population, but they bought ammunition by the case, drying up available supplies.  Once these folks had the stockpiles they wanted, they stopped buying and the ammunition supply came back to “normal”.

The current shortage is being driven by different forces.  It seems that right now, every gun owner is worried about the same things the “gun nuts” worried about in 2008.  These average American gun owners usually only buy a couple of boxes of ammunition every year.  Now they are buying a couple boxes of ammunition every time they visit WalMart or their local sporting goods store.  And there seems to be no end to their desire to keep buying.  $20 a week in ammunition doesn’t take a lot out of the family budget, so every time these gun owners see available ammunition, they snatch it up a couple boxes at a time.

All of the ammunition companies are at full capacity, running three shifts of production seven days a week.  They won’t expand production lines because they fear the same legislation that all the gun owners worry about.  No ammunition company is willing to invest the capital in new equipment if they are unsure how future legislation will affect the ability to purchase ammunition.  So, the shortage continues…

Most of the folks with whom I spoke told me that if the demand stopped right now (which won’t happen), it will take ammo companies 1-2 years to catch up on current backorders.  We aren’t likely to see “normal” ammunition supplies for a long time.

Things are going to be bad for a long time…