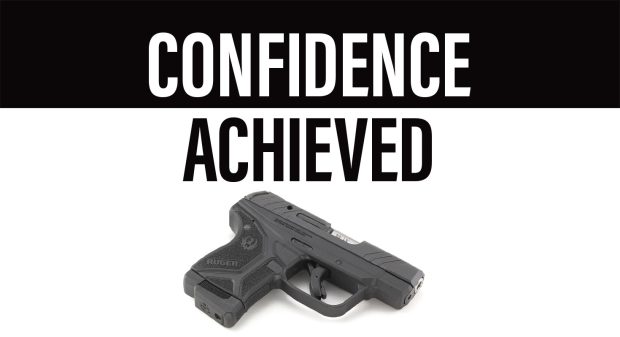 I recently posted an article discussing the fact that I occasionally carry a Ruger LCP .22 pistol as a defensive carry gun.  I got this email from a long time reader:

I know you did a few articles on the Ruger 22 lr in the past. Last I remember you were having trouble finding ammunition that met your reliability goal.

I see in this week’s newsletter you state you have been carrying the Ruger.

1) I am guessing this is just to get mail or some other short trip? How are you using it?

2) What ammunition did you find worked best and carry for you specific gun:. Federal punch, Velocitor, or what?

3). Pocket carry rear pocket Desantis pocket holster with grip towards outside of body on shooting hand side. You telling me that gave me a better plan.

Yes, I will break from the “tactical elite” and admit that I occasionally carry a .22 for defensive purposes.  It’s most commonly a .22 magnum Smith and Wesson 351C J-frame, but I have been carrying my .22 long rifle Ruger LCP pistol on occasion.  Why would I carry a .22 when I can hide a full size 9mm Glock fairly easily?  Good question.

There are several reasons for choosing the .22 over a larger pistol.  Here are my thoughts:

Armed Citizen Status- The first reason is that there is a significant difference between gunfights involving police officers and those involving armed citizens.  In my previous police career, the criminals I would be engaging had to fight with everything they had.  If they didn’t, they knew they would either be killed or arrested.  In a gunfight with an armed citizen, the criminal knows that if he can simply break contact, he will often live to see another day.

My days of hunting and incarcerating criminals are over.  In armed citizen gunfights, the .22 has remarkably similar “stopping power” to a service pistol in 9mm or greater caliber.  It’s simple. No one wants to get shot with anything.  If I put a couple of .22s into the bad guy’s face, he’s almost certainly going to disengage if he isn’t immediately incapacitated.

Skill Level- I’m not an amateur shooter.  I’m highly skilled with firearms and have a proven track record of staying very calm in life threatening situations.  I know if the bad guy is closer than 15 yards away, I can hit him in the head multiple times per second with my little snubnose or LCP.  In a close range encounter, I can reliably place five to six shots a second into the criminal’s face.

If I didn’t have this skill level, I’d probably want a bigger gun so that I could do more damage with less accurate torso (or even limb) shots.  Higher skilled shooters can simply get away with carrying smaller guns than the average CCW holder.

My friend Tim Chandler with Justified Defensive Concepts (take a class from him) has some excellent summary advice on the issue.  From his comments on Facebook:

“The subject of how much gun to carry often comes up and it often gets silly, in my opinion. It is silly because of the bell curve.

I know a number of people who will, on occasion, pack a relatively small weapon like a Glock 42 or a snub-nosed revolver and do so with no trepidation. On one side of the curve are people with no training, little skill, and they do not make a practice of daily carry or any of the other things that go with it.

On the other end of that curve are people with significant training, experience and capability.

The fact that a T-Rex uses a piece of equipment after making a conscious decision based on the circumstances and an assessment of the threat level does not mean that equipment choice is optimal for every other person in every other situation…but that’s how it often gets labeled. “X carries a snubby!”

On some occasions, yes. They do. But X can also make a 50 yard head shot on demand with that snubby. And X has spent decades learning hand-to-hand and knife skills that give them at least two dozen different ways to kill a dude at any given moment. And X has sufficient situational awareness skills to see a problem coming and avoid it, or sufficient verbal flexibility and command presence to make most bad situations stop being bad with just a few words. And they carry themselves in a way that makes most criminal actors decide to not even bother in the first place.

The T-Rex isn’t relying on the snubby they are packing to save their ass. T-Rex *is* the danger.

Their mojo ain’t in the gun they’re carrying. When examining the question of whether *you* should carry the same go ahead and insert a big asterisk that says “YOUR RESULTS MAY VARY”

I could not have said it any better.  There is no single gun that is “enough” for every skill level or threat situation.  I urge you to  make a carry decision based on your true skill levels, mission parameters, and concealment needs.  That pocket gun may be “enough.”  It may not be.  That’s a decision only you can make.

Concealment Needs–  I spend more than 1/3 of my life traveling on the road.  While I have LEOSA nationwide carry credentials, I honestly don’t know all the laws for all the states I visit.  So far this year I’ve visited the following places:

That’s 17 different states and 49 separate out of state trips for me in less than a year.  Do you think I can keep track of all of the individual laws in each of the states I visit on a constant basis?  I think I’m a pretty smart guy, but I can’t remember all those legal variations.

It’s best for me to try to obey the laws of the state I’m in as much as possible, but to not push my luck in the event I misunderstand a local carry restriction.  I could carry my Glock 19 everywhere, but I’m more likely to be noticed and reported to police while wearing my Glock 19 than I am when carrying an LCP in my back pocket.  Sometimes it’s just easier to carry a smaller gun than it is to take the risk of getting the cops called on me when I am failing to properly conceal a full-sized weapon.

“High Responder” Thinking– The final reason I regularly carry a small gun is to prevent me from doing something stupid.  The late Dr. William Aprill called people most likely to intervene in hazardous situations “high responders.”  I spent a 25-year career as a police officer responding to every dangerous situation I could find.  My instinct is to jump in and respond to almost every violent situation I am confronted with.

That isn’t the smartest move now that I no longer carry a badge.

I recognize that my current status as an armed citizen instead of a sworn police officer provides me less legal protection than I once had.  Now it’s far better that I escape a hazardous situation than engage the bad guys.

If I always carried my Glock 19, I’d be more likely to engage and active shooter, terrorist, or violent criminal even if my life wasn’t being immediately threatened.  I have supreme confidence in my abilities with that gun and would put my skills to the test against any bad guy on the planet.  I’m less confident if I’m carrying my .22 Ruger LCP.  That confidence difference may be enough to keep me out of a situation that I would normally feel compelled to intervene in.

Carrying a smaller gun makes me consciously think about whether I should involve myself in a dangerous situation.  That will ultimately lead me to make better decisions about taking stupid risks that might lead to negative outcomes.

So those are the reasons I regularly carry .22 pistols for self defense.  I’m not recommending that you do the same thing.  Everyone has to make his own carry decision, but I don’t feel under equipped if I’m packing a .22 J-frame or Ruger autopistol.

As for my reader’s additional questions, I’ve found that the CCI Velocitor is most reliable ammunition in my .22 LCP.  I like the Punch rounds, but I get a few more malfunctions with them than I do with the Velocitors in my personal pistol.  I generally carry in my right front or right rear pocket (depending on how tight my shorts fit) in a Desantis Nemesis pocket holster.

I have horrible arthritis in my hands from a lifetime of shooting magnum handguns, playing contact sports, and punching things.  The .380 LCP (even the LCP Max) simply hurts my hands to shoot.  I prefer the lack of recoil in the .22 to a slightly better “stopping power” rating with the .380.  I’m getting old.  Shooting guns that hurt my hands is no longer fun and I refuse to do it unless absolutely necessary.

Please note that I am not telling anyone to carry a .22 for self protection.  This article merely explains my rationale for doing so.  Make your own decisions and choose the best gun for your individual situation.