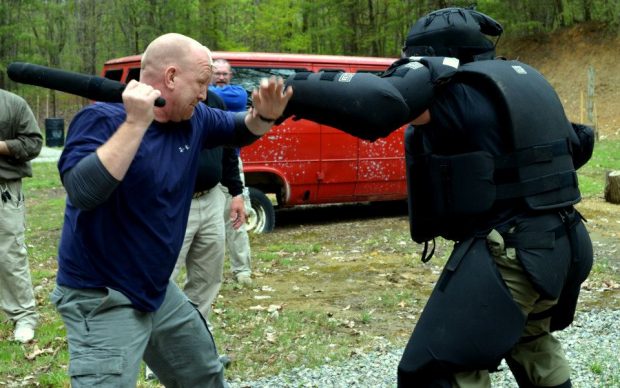 With all the violent protests going on, people are interested in supplementing the firearms they carry on a daily basis with some less lethal alternative weapons.  I’ve been getting lots of questions about impact weapons recently.  Here is one such question from a friend and long-time reader.

I have to admit that my view on carrying collapsible batons has changed over the years. I’ve seen way too many baton failures in both real life and in training to recommend the expandable baton as a reliable weapon for most people.

First, some background information.  I carried a baton as a cop every day from 1995 until I retired last month.  I used it quite a few times in real-life incidents.   I have expandable baton instructor certifications from ASP, Monadnock, and Modern Warrior.  I was certified to teach impact weapons classes in all of Ohio’s police and private security academies for more than a decade.

I think I have a reasonably informed perspective on the topic.

I don’t believe the baton is a good choice as a less lethal weapon for most people.  Many batons will bend when striking something hard (like bone).  The targeting areas (arms, legs, torso) taught in most police/civilian impact weapons classes tend to be ineffective for all but the strongest or most highly skilled baton user.  Strikes to the head tend to be very effective, but will likely be judged as lethal force.  Shots to the knee, elbow, and wrist joints, as well as strikes to the collarbone and groin can also be effective.  Depending on your jurisdiction, those may also be considered lethal force as well.

If you are a big, strong male or you have extensive training in the stick fighting arts, I think the expandable baton could be a viable less lethal defense option against one or two attackers.  It becomes less effective in a large crowd because of limited room to swing and the ease with which multiple attackers can take your baton away from you. 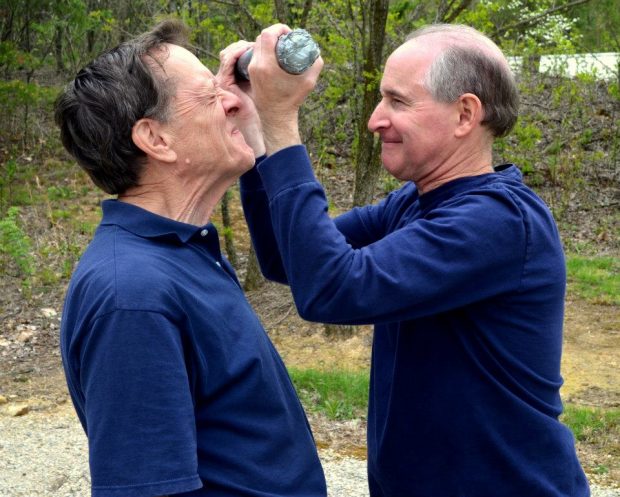 Some of the most effective baton strikes may be judged by the court as lethal force.

The real advantage to using a baton for defense is that you can keep an unarmed attacker at a distance while you work him over with the stick.  Things change a bit when violent rioters are also armed with impact weapons.  The sticks, pipes, and “flagpoles” used by the rioters are long impact weapons in disguise.  Most of those improvised impact weapons are far longer than an expandable baton.  That negates your distance advantage.

In a crowd, I think smaller impact weapons like flashlights, kubatons, and saps make far more sense.  They are much easier to use in a very crowded situation.  They are also much more difficult to disarm as compared to an expandable baton.  I have about a dozen expandable batons of every make, model, and size.  I haven’t carried a single one since I retired.  I have slipped a sap into my back pocket a few times when going out in larger crowds recently.  Take that for what it’s worth.

Most of the time, my impact weapons stay locked up at home.  You know what I never leave home without?  My pepper spray.

I think pepper spray is a far more versatile less lethal weapon than any impact device.  I carry an ASP Street Defender on my keychain.  That gives me some of the best of both worlds.  I can use the pepper spray.  If that doesn’t work, I can still use the ASP as a Kubaton or close quarters striking weapon.

The disadvantage of the Street Defender is the relatively limited range of the pepper spray.  It only sprays about six feet.  For most folks, I think a POM or Sabre Red streamer unit will be a better choice.

Start carrying both a firearm and pepper spray every time you leave your house when it is legal to do so.  If you can consistently do that on a daily basis for several months and would like to supplement with a baton, I would encourage you to get some impact weapons training.

After some basic training, if you want to add the baton to the pepper spray and gun, go right ahead.  I would not substitute the baton for either of those items, but a baton might be a decent supplement for a narrow range of attack scenarios.

I personally don’t see myself ever carrying an expandable baton again.