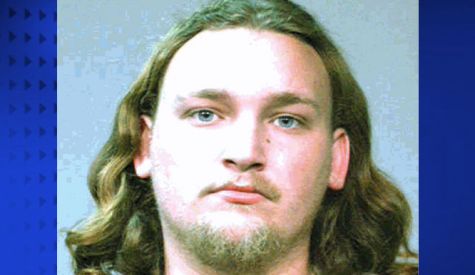 You watched the evening news before bed and heard a report about police attempting to locate a wanted murder suspect.  The suspect was reportedly last seen in the area of your apartment complex.  Making sure all your doors were locked and that you had a handgun nearby, you go to sleep.

At 1:30am you hear a loud banging at your door.  You look out the window but can’t see anyone.  What would you do?

A similar pattern of events occurred at Andrew Scott’s apartment in Lake County Florida a couple weeks ago.  Read about the tragic consequences in the link below:

It was in the 1:30 a.m. when deputies knocked on the 26-year-old Scott’s door, not identifying themselves as law enforcement officers. Scott answered the door holding a gun, and deputies opened fire.

“When we knocked on the door, the door opened and the occupant of that apartment was pointing a gun at deputies and that’s when we opened fire and killed him,” Lt. John Herrell told WESH.”

Mistakes were made by both Mr. Scott and the police.  Those combined errors placed Mr. Scott in a position where the police had no other options but to shoot.  It was a tragedy that could have been prevented.

First, for my police officer friends….

If you don’t want people pointing guns at you, don’t act like a criminal!  I know you are trying to be “tactical” but think about how it looks from the other side.  My guess is that these cops were in plain clothes and it was reported that they didn’t identify themselves.  They were probably trying to use cover and concealment by hiding behind trees or bushes in front of the apartment.

What do you think that looks like to the homeowner who knows he has a murder suspect hiding from police in his neighborhood?  A loud knock on the door in the middle of the night.  He opens it up and sees one or more men hiding in the bushes.  While Mr. Scott’s actions may not have been textbook perfect, they were reasonable given the circumstances.  If I saw what he did, I’d likely point my gun as well.

As a cop, I understand this type of situation.  I’ve been in similar ones before.  You want to catch the murder suspect.  You also don’t want to get shot.  I get it.  But there are safer ways to do business.

If I’m knocking on someone’s door in the middle of the night, I want to be clearly identifiable as a police officer.  Why not have a uniformed officer make the approach?  Announce that you are the police.  By doing this, you certainly take the chance that the bad guy flees or doesn’t open the door.  Fleeing shouldn’t be a problem.  You should have all the exits covered before you make the announcement.

If you think the criminal is inside and not answering, pull back and put some plain cars out to watch the apartment.  Yes, that will take time and manpower, but it is worth it if it keeps someone from getting shot.  If there is an exigency, call the fire department to respond with their thermal imaging cameras that can scan walls for nearby heat sources.  You may be able to determine if someone is inside that way.  If he is, you might be able to get a warrant or call him up on the phone and ask him to come to the door after telling him the house is surrounded.  If he still doesn’t come to the door, you can make the decision then to either back off and wait him out or escalate and consider it a barricade situation.

Remember, tactics are supposed to reduce danger.  The tactics these officers used placed them in MORE danger.  That’s a mistake.  Take a minute and think about the potential consequences of your actions before implementing your plan.

As for the mistakes that the homeowner made….

I fully understand the desire to protect oneself.  But why open the door?  Tactics are important for armed homeowners as well.  Opening the door presents so many problems, even if you are armed.  You could be walking right into an ambush.  You may be facing more attackers than you know about.  You are widening your threat field.  All of these are bad.

Instead, keep your handgun ready and call the police.  They will be eager to respond to reports of a suspicious knock at the door in the neighborhood where they are hunting a fugitive.  Don’t put yourself in a position that worsens your chance for survival.

Armed citizens and cops should be working towards the same goal.  We’re all on the same side.  It would be smart for both groups to take a moment and think about how their potential actions could appear to the other.